We're Not Off To See The Wizard

We're NOT Off to See the Wizard: REVISITING THE IDEA OF COLLEGE

Our culture has more or less bought into the idea that going to college is just one of those things you're "supposed" to do. Increasingly, parents feel they are "required" to finance their children's education even if it means mortgaging themselves to the hilt or working crazy hours. Few ever dare to question this assumption, at least not in public. Yet, my wife and I question it and are happy to reveal our heretical thoughts to the world. It's not that we have anything against college per se, just that we see things a bit differently.

Nevertheless, since the years I attended college, things have changed somewhat. For instance, in many places careerism has all but destroyed the notion of classical education. Not that careerism is necessarily bad, but rather, it seems to me that far too many colleges have transformed themselves into career training factories. Largely gone is the notion of fostering renaissance men and women in embryo, who is more intent on reforming and improving society rather than becoming just another cog in its machinery.

Today's graduates may have superior vocational training and more marketable skills relative to the graduates of yesteryear. However, their grasp of social and political issues, breadth of knowledge, and writing abilities are probably less noteworthy. Even worse, apathy for these skills is widespread.

Over and over I read statistics that "prove" that even with a much higher price tag, the long-term benefits of a college education still make it a bargain. But sometimes I wonder whose interest is best served by that "proof": the individual students or that of the massive higher education industry?

For my wife and me, these are just some of the factors which tarnish our feelings about college. We want our children to make the best of themselves, but hesitate to conclude college is the way to go.

At one time, I bought into the conventional wisdom that although college wasn't the only option, most young people should aim for it. Then I met my wife, Mandy. She grew up in Canada and England. Her father's military career gave her the advantage of living in a variety of places. She is well-read, writes better than most college graduates I know, and is well-informed on a variety of subjects. And, she has never completed a college course.

In addition to Mandy's influence, my choice to be "downwardly mobile" had a major impact. After more than a generous helping of institutional higher education, and has launched a successful white-collar career, I felt confined. My freedom came from quitting my job and opting for manual labor. That step, more than any other factor, opened my mind to a new perspective.

Our primary reasons for questioning college:

For us, self-education is what sticks.

We think that self-education with passion is the learning which truly becomes a part of us. We've found we generally don't have the same retention of the "learning" we've done in order to pass a test or get a degree. We've also discovered institutional learning sometimes kills off any interest we have in a subject.

Occasionally people tell me if I hadn't gone to college I wouldn't be as equipped to be a good self-learner. To a small extent, I agree, but in a larger sense, I believe the passion to know is what makes a good learner. It's not the number of degrees after your name.

We prefer learning at a slower pace and savoring it along the way.

My experience with "learning" in college was like drinking from a fire hydrant: too much, too fast. There was rarely ever enough time to let things sink in. Occasionally it made more sense to give up on actually learning anything and switch to "binge and purge mode." In other words, memorize what is necessary to get the "A" and then purge it from the brain at the end of the semester to make room for the next binge.

Why the big rush to stuff our brains? Learning, if it is to take hold, is a slow, lifelong process. We hope our children won't feel pressured into the bingeing and purging mode so as to miss the pleasure of taking it slow and savoring all of the joys along the way.

Over the years when we've been vocal about our questioning of college, we've been pelted with a variety of objections. Below are four of the most common ones and our responses:

1. You're pulling a slick one! You've had a "generous helping" of college, yet you're going to deny your own children the opportunity to even go to college.

We didn't say we're against college. We tell our children that college is only one of many valid options they may choose. Equally valid would be a trade school, an informal apprenticeship, or simply getting a job doing something they enjoy. We make it clear it's more important to listen to their heart than their peer group when it comes to structuring their life. We don't pressure them to choose one option above another. Rather, we will equip them with the knowledge and tools to enable them to choose from a variety of paths.

2. If your children don't go to college they'll be stuck in grunt jobs for the rest of their lives.

There are different interpretations of the term "grunt jobs." Many people define such jobs as those requiring physical exertion. Personally, I benefit from my physically demanding job. It keeps me in shape, gives me a constant change of scenery, and provides abundant time for contemplation. Not too shabby.

Jobs that punish creativity, force team play, and pressure people to wear a public face that is at odds with who they are inside, could also be defined as "grunt jobs." If a "grunt" is someone who does disagreeable work, certainly people in such careers are in reality more like "grunts" than an autonomous janitor.

3. What about the intangibles of college: exposure to new ideas, making close friends, etc.? Aren't those alone worth the price of tuition?

College can be a way to acquire those intangibles. But it's certainly not the only or necessarily the best way. True learning demands patience, an inquiring mind, and commitment. Shelling out the big bucks doesn't foster those traits. We like to believe that a lifetime of passionate hounding of public libraries is an excellent way to become educated. And that requires zero financial outlay.

4. What if your children decide later in life they want a career that requires a degree? Wouldn't it have been better to have earned that degree before they took on the responsibilities of work and raising a family?

We think going back to school later in life can be a great way to do it. That is if you truly want to learn something, and really think you need a degree.

Getting through college while holding down a full-time job and/or raising a family can be a long slog. Yet, we feel such a task is not impossible and is actually getting easier with the proliferation of evening programs, correspondence courses, and Internet offerings. Personally, after having entered the workforce, I got much more out of my formal studies. As an inexperienced college student between the ages of 18 and 22, I had only a vague idea of what goes on in the outside world. I lacked a practical sense of how things actually worked or didn't work. Hence, much of the "learning" didn't register.

Regardless of whether a person earns a first college degree when they're 22 or 62, or not at all, they will likely find that enjoying a lifetime of meaningful work (paid and non-paid) requires a lifetime of learning. Some of this may come through taking classes, but we like to believe the bulk of it comes through self-education. The degree to which people succeed at teaching themselves new skills, and pursuing interests for which they have a passion, will to a significant extent, determine their overall state of happiness.

The seeds of learning already exist inside of us. We don't have to be "off to see the wizard" or pay someone to figure this out. We simply need to believe it.

College can be the best option for many people. If it is for our children, they'll go. But more importantly, we hope they'll enjoy the freedom to choose from a wide assortment of options without pressure from the outside world to choose one thing above another. After all, they're the ones living their lives, not the outside world.

RAISING SUPPORT AND CONSCIOUSNESS TO ENABLE MEANINGFUL LIVING IN THE 21ST CENTURY.

- To teens in the first decade of the 21st century 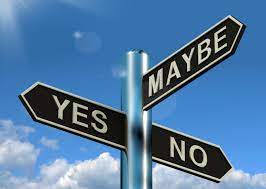