Modern paleoecology describes one possible contribution to the extinction of the dinosaurs: major collisions of comets, meteors, or asteroidal bodies with a primeval Earth. The iridium layer found at the K-T (Cretaceous-Tertiary) boundary is a well-known and documented phenomenon that was likely caused by a major collision event, that coincides with the start of one of the major extinction periods in Earth's biotic history.

In ancient days of humanity, there may have been told stories of such collisions passed down among generations and recorded in what has since become religious text ... namely, the Holy Bible. While this is very much speculation on my part, some of the descriptions found in the Bible (particularly in Revelations) are strikingly similar to modern descriptions of collision events or even multiple collisions.

8 And the second angel sounded, and as it were a great mountain burning with fire was cast into the sea: and the third part of the sea became blood;

10 And the third angel sounded, and there fell a great star from heaven, burning as it were a lamp, and it fell upon the third part of the rivers, and upon the fountains of     waters;

And the fifth angel sounded, and I saw a star fall from heaven unto the earth: and to him was given the key of the bottomless pit.

And there fell upon men a great hail out of heaven, every stone about the weight of a talent: and men blasphemed God because of the plague of the hail; for the plague thereof was exceeding great.

And a mighty angel took up a stone like a great millstone, and cast it into the sea, saying, Thus with violence shall that great city Babylon be thrown down, and shall be found     no more at all. 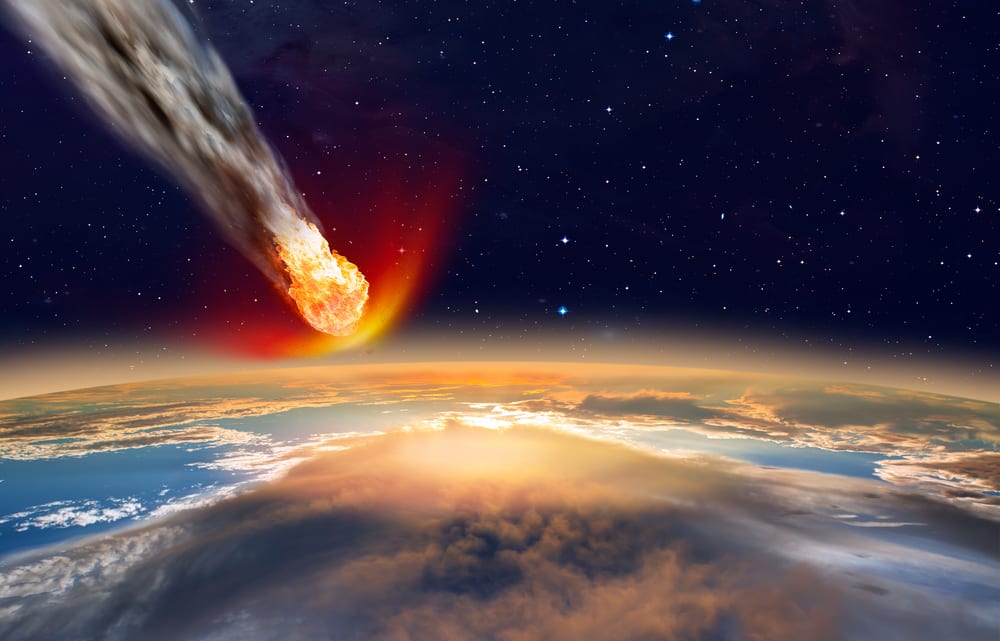