Back to the Sci Fi Trivia Page

In Star Trek: The Motion Picture (the first of the Star Trek movies), there is a scene where Spock is flying through space with a spacesuit on, into the heart of “V’ger,” and he does a mind-meld with it. There is a quick flash of images and he passes out.

If you slow the flash of images to frame-by-frame, one image shows the plaque that was put on the real Voyager spacecraft, with a naked man and a naked woman, handheld up in greeting, and other symbols representing the Earth in relation to the solar system.

Here’s the REAL trivia of this scene: the plaque is actually the one used on the Pioneer spacecraft, NOT the Voyager spacecraft! In the movie, they used the WRONG plaque!

Here is the plaque that was placed on the Voyager craft, which is the image that Spock should have seen:

Notice that this is the front of a gold record disk that contained images and sounds of Earth, and is quite different than the plaque image used on Pioneer as shown above. (Click for an explanation of this image.)

Before he was Captain James Tiberius Kirk in the original series of Star Trek on TV, William Shatner played a role on the original Outer Limits TV series. This episode, entitled “Cold Hands, Warm Heart,” originally aired in the early 1960s. Shatner played an astronaut, Brigadier General Jeff Barton, returning from a mission to Venus under the code name “Project Vulcan.”

Much later on the original TV series of Star Trek, his Science Officer Mr. Spock was to originate from planet Vulcan!

Also, this Outer Limits episode begins with an image of zooming through stars just like Star Trek was to begin years later.

[3] Of Vulcans and Robots

Before he was Mr. Spock, Leonard Nimoy played a role on the original Outer Limits program in an episode called “I, Robot.” The episode title was taken from a story by the same name written by Earl and Otto Binder (published under the pseudonym "Eando Binder").

A little side trip into SciFi history ... and my thanks to Plexus reader BJ Safdie for this information. The story "I, Robot" was indeed first published by "Eando Binder" (Otto     Binder also worked on Captain Marvel comics) in Amazing Stories many years before Isaac Asimov published his collection with the same name. Apparently, Asimov originally     used the title "Mind and Iron" for his collection, but his publisher changed it to "I, Robot" over Asimov's objections.

Asimov's book "I, Robot" is a collection of his short stories, but does not contain a story by that name; it is just the title of the collection. Asimov may have been influenced by the Binders' story (apparently, Asimov and Otto Binder knew each other and were quite friendly) but Asimov's publisher did not reprint the Binders' story despite using the same title. Confusing, eh?

Asimov's book was introduced the famous Three Laws of Robotics:

In the Outer Limits episode "I, Robot," the star robot operates essentially under Asimov’s Three Laws of Robotics ... which were to become echoed years later in several Star Trek episodes, as well as by the character Data on Star Trek: The Next Generation. [PIC]

Nimoy’s role in “I, Robot” was as a brash reporter covering the story of Thurman Cutler, a defense attorney brought out of retirement to defend a robot accused of murdering his creator, Dr. Link. Dr. Link had named his robot Adam Link.

Years later, in the new Outer Limits series, “I, Robot” was remade, this time with Nimoy playing the role of Cutler himself! And the remade episode was directed by Adam Nimoy, Leonard Nimoy's son. (Again, with credits reading "based on a short story by Eando Binder" and not crediting Asimov.) Adam Nimoy the Director -- and Adam Link the Robot? You make the connection (the "link?"). [And, of course, I, Robot was later made into a feature film released in 2004 that only loosely followed -- "suggested by" -- Asimov's storylines. I, Robot was also a 1983 Atari video game.]

Further, in the remade episode, Dr. Link works at "Rossom Hall Robotics." In the early 1900s, the Czech writer Karel Capek published a play called R.U.R. or Rossom's Universal Robots, depicting the rise of sentient industrial robots under industrial tycoon Rossom, and the robots' rebellion as repressed slaves. It was the first use of the term "robot" to mean mechanical person. Loosely, the word "robot" is Czech (and Russian) for "worker."

As a coincidence, if the name "Capek" is pronounced in its Russian form, it sounds like "Sarek," which is also the fictional name given to Mr. Spock's father in Star Trek. However, Plexus reader John Tillinghast pointed out that in its native Czech, the name "Capek" probably is pronounced more correctly as "Chapek" (and John provided this link to the Google Czech pronunciation guide). Thanks, John.

And ... at least as of this writing, if you do a search at www.amazon.com (the huge, online bookseller) for books with the title "RUR" it shows not Capek's work, but rather "Reasoning With Uncertainty in Robotics: Proceedings of an International Workshop."

Back to the Sci Fi Trivia Page 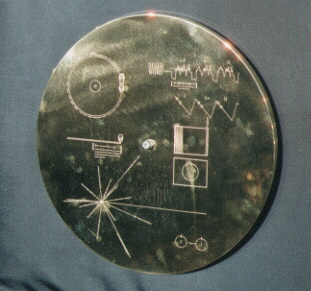