Back Orifice - A Bit of Background...

For those really versed in the "black magic" called Registry Editor, the tutorial is here: http://www.nwi.net/~pchelp/bo/findingBO.htm

We repeat once again: only for those who know what they are doing: the registry is the nervous system of your computer. If something is wrong ... it's your own fault, get ready to reinstall the operating system, at best. 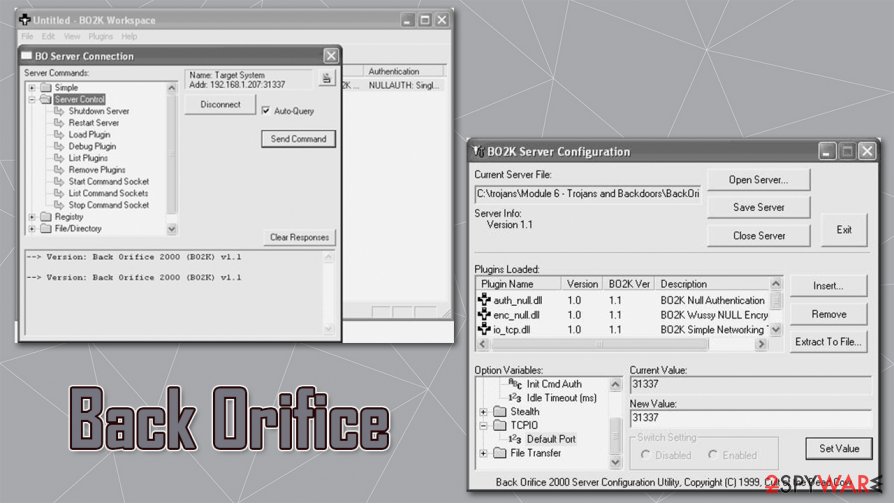