A Scottish clan is a connection bunch among the Scottish public. Tribes give a feeling of shared personality and plunge to individuals, and in present-day times have an authority structure perceived by the Court of Lord Lyon, which controls Scottish heraldry and crests. Most groups have their plaid designs, ordinarily dating from the nineteenth century, which individuals may consolidate into kilts or other dress.

The advanced picture of groups, each with their plaid and explicit land, was proclaimed by the Scottish creator Sir Walter Scott after impact by others. Verifiably, plaid plans were related with Lowland and Highland areas whose weavers would in general deliver material examples supported in that locale. By interaction of social advancement, it followed that the tribes/families unmistakable in a specific area would wear the plaid of that locale, and it's anything but a short advance for that local area to get recognized by it.

Numerous groups have their family boss; those that don't are known as armigerous tribes. Tribes by and large relate to geological regions initially constrained by their originators, here and there with a genealogical palace and group get-togethers, which structure an ordinary piece of the social scene. The most prominent family occasion of ongoing occasions was The Gathering 2009 in Edinburgh, which pulled in at any rate 47,000 members from around the world.

It's anything but a typical misguided judgment that each individual who bears a faction's name is a lineal relative of the bosses. Numerous clansmen, albeit not identified with the boss, accepting the central's family name as their own to either show fortitude, or acquire fundamental security or for much-required food. The vast majority of the supporters of the faction were inhabitants, who provided work to the tribe chiefs. Despite mainstream thinking, the conventional clansmen infrequently had any blood tie of connection with the family bosses, however, they here and there accepting the central's last name as their own when last names came into normal use in the sixteenth and seventeenth hundreds of years. Hence, by the eighteenth century, the fantasy had emerged that the entire tribe was plunged from one predecessor, maybe depending on Scottish Gaelic Clann initially having an essential feeling of 'kids' or 'posterity'. 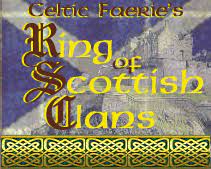