In the automotive industry, a gull-wing door, also known as a falcon-wing door or an up-door, is a car door that is hinged at the roof rather than the side, as pioneered by Mercedes-Benz 300 SL, first as a race car in 1952 (W194), and then as a production sports car in 1954.

Opening upwards, the doors evoke the image of a seagull's wings. In French, they are portes papillon (butterfly doors). The papillon door was designed by Jean Bugatti for the 1939 Type 64, 14 years before Mercedes-Benz produced its similar, famous 300 SL gullwing door. The papillon door is a precursor to the gullwing door, and is slightly different in its architecture, but is often overlooked when discussing gull-wing design. Conventional car doors are typically hinged at the front-facing edge of the door, with the door swinging outward horizontally.

Apart from the Mercedes-Benz 300 SL of the mid-1950s and the experimental Mercedes-Benz C111 of the early 1970s, the best-known examples of road-cars with gull-wing doors are the Bricklin SV-1 from the 1970s, the DMC DeLorean from the 1980s, and the Tesla Model X of the 2010s. Gull-wing doors have also been used in aircraft designs, such as the four-seat single-engine Socata TB series built in France. 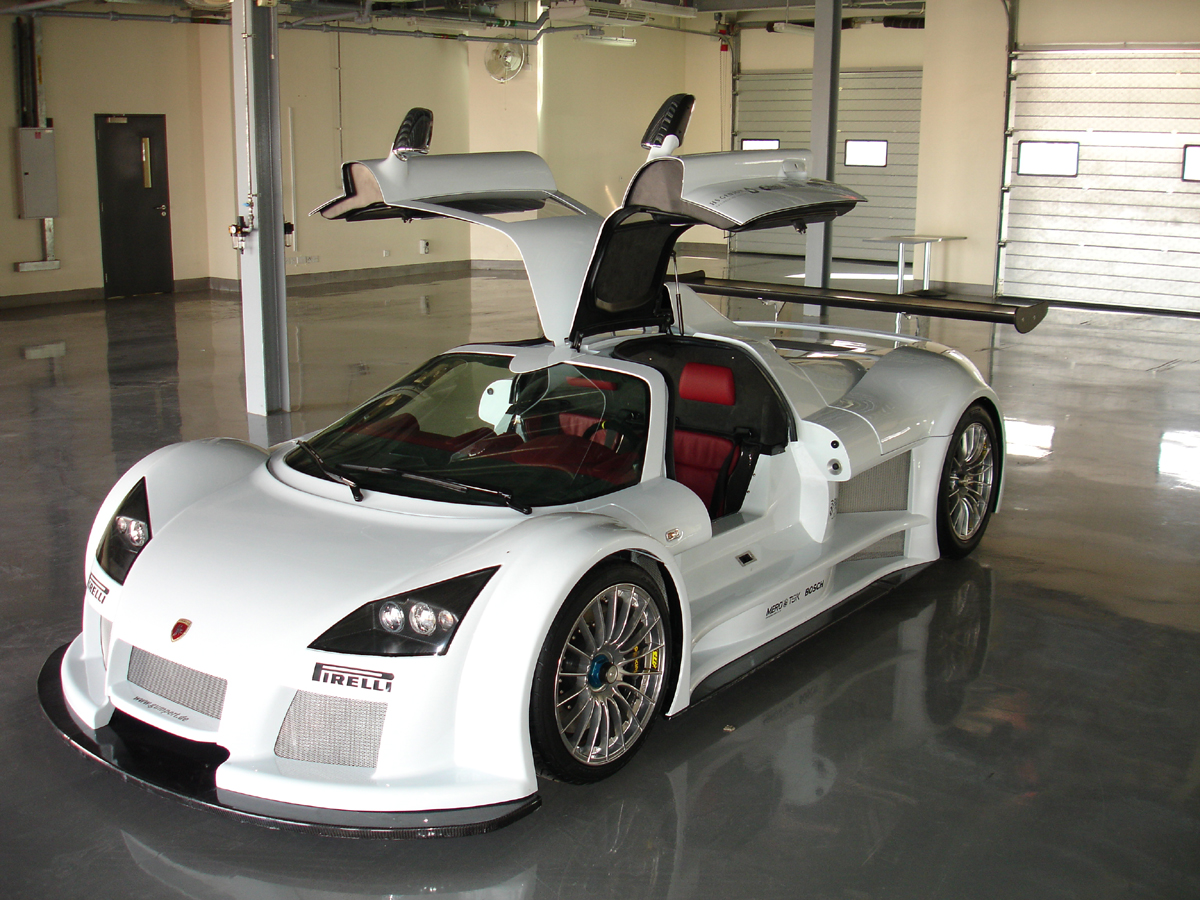