On this website is a short history of Pvt. Bill Bires' military duty with Co."A" 231st Engineer Combat Battalion from Ft. Lewis, Washington. Co. "A" was assigned temporary duty at the Atomic Test Series, Buster-Jangle in the Nevada desert, in the fall of 1951.

Co. "A"'s military duty at the test site was unique. While the rest of the battalion built the tent city known as Camp Desert Rock, Co. "A" was sent further into the desert to construct the displays of military equipment and positioned them around the Ground Zeros for the atomic tests.

Thousands of troop observers from all parts of the country were brought forward from Camp Desert Rock to witness these atomic detonations. After the explosions, some were marched or bussed even closer to Ground Zero to see the effects of these explosions on military equipment. They then returned to Camp Desert Rock.

Co. "A" would then go to work hauling away the blasted equipment, filling in the foxholes and emplacements they had constructed, sometimes within hours of the detonation. This was the Atomic Duty of Pvt. Bill Bires.

William "Bill" Bires, Sr, Portland, Oregon, died 24 October 2014. His funeral was held at Willamette National Cemetery Monday 10 November 2014, 2:30 to 3:00 pm. His ashes are held there for all who want to visit. Stop at the Kiosk and enter his name. It will give his plot and location. Afterward, a wake was held at a friend's home to remember him and meet with others who knew him.

For many years Bill Bires was the President of Northwest Veterans for Peace and was a co-host on Veteran's Voice, a monthly radio program on KBOO. He and his co-host, Marvin Simmons, brought veterans together who needed camaraderie and friends who understood the military experience. I believe part of the reason Bill and Marvin got along so well is that both were drafted and both served in unpopular and unjust wars. Together they would visit local high schools at the request of the school. They would tell about being in the military and answer questions from students and teachers. Marvin continues to co-host the Veterans Voice at KBOO 90.7 in Portland, Oregon on the third Friday of each month. 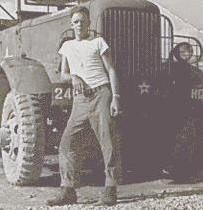