Lenny Bruce - How To Relax Your Colored Friends At Parties

Lenny Bruce - How To Relax Your Colored Friends At Parties

"How To Relax Your Colored Friends At Parties" by Lenny Bruce, as performed on the album "Let The Buyer Beware".

Leonard Alfred Schneider (October 13, 1925 – August 3, 1966), better known by his stage name Lenny Bruce, was an American stand-up comedian, social critic, satirist, and screenwriter. He was renowned for his open, free-style, and critical form of comedy which integrated satire, politics, religion, sex, and vulgarity. His 1964 conviction in an obscenity trial was followed by a posthumous pardon, the first in New York State history, by then-Governor George Pataki in 2003. He paved the way for future outspoken counterculture-era comedians, and his trial for obscenity is seen as a landmark for freedom of speech in the United States.
CAREER:
Bruce’s early comedy career included writing the screenplays for Dance Hall Racket in 1953, which featured Bruce, his wife, Honey Harlow, and mother, Sally Marr, in roles; Dream Follies in 1954, a low-budget burlesque romp; and a children’s film, The Rocket Man, in 1954. He also released four albums of original material on Berkeley-based Fantasy Records, with rants, comic routines, and satirical interviews on the themes that made him famous: jazz, moral philosophy, politics, patriotism, religion, law, race, abortion, drugs, the Ku Klux Klan, and Jewishness. These albums were later compiled and re-released as The Lenny Bruce Originals. Two later records were produced and sold by Bruce himself, including a 10-inch album of the 1961 San Francisco performances that started his legal troubles. Starting in the late 1950s, other unissued Bruce material was released by Alan Douglas, Frank Zappa, and Phil Spector, as well as Fantasy. Bruce developed the complexity and tone of his material in Enrico Banducci‘s North Beach nightclub, “The hungry i,” where Mort Sahl had earlier made a name for himself.
Branded a “sick comic” – though it was the perceived “sickness” of modern society that he was railing about – Lenny was essentially blacklisted from television, and, when he did appear thanks to sympathetic fans like Steve Allen or Hugh Hefner, it was with great concessions to Broadcast Standards and Practices. Jokes that might offend, like a bit on airplane glue-sniffing teens done live for “The Steve Allen Show” in 1959, had to be typed out and pre-approved by network officials.
His growing fame led to appearances on the nationally televised Steve Allen Show, where he made his debut with an unscripted comment on the recent marriage of Elizabeth Taylor to Eddie Fisher, wondering, “will Elizabeth Taylor become bat mitzvah?” On February 3, 1961, in the midst of a severe blizzard, he gave a famous performance at Carnegie Hall in New York. It was recorded and later released as a three-disc set, titled The Carnegie Hall Concert.
THE OFFICIAL WEBSITE OF LENNY BRUCE 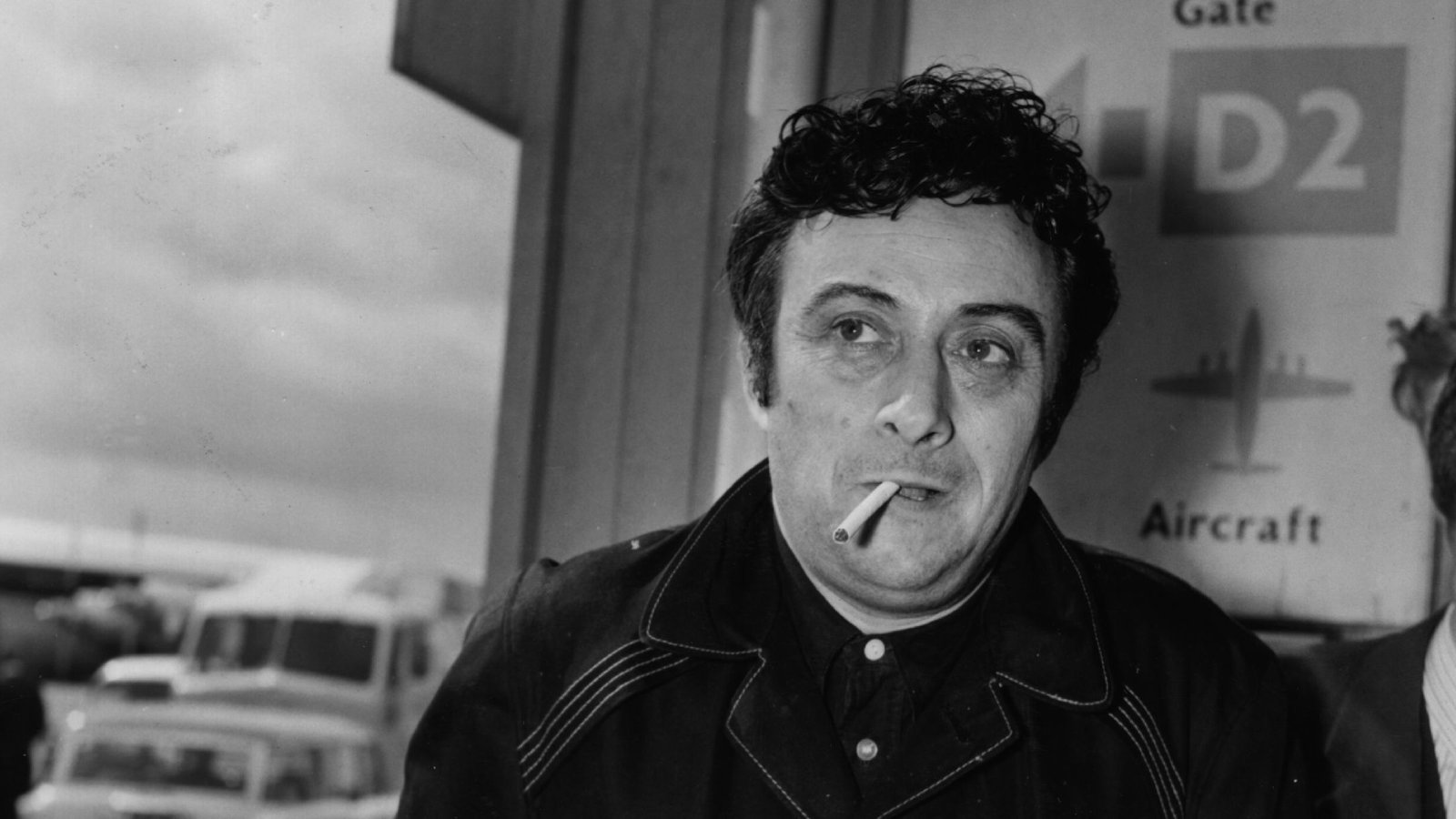