Julie Newmar, birth name Julia Chalene Newmeyer, is a Los Angeles-born character actress who played Eileen in the Star Trek episode “Friday’s Child”. She filmed her scenes on Monday 22 May 1967 and between Wednesday 24 May 1967 and Monday 29 May 1967 at Desilu Stage 9, Stage 10, and on location at Vasquez Rocks.

Newmar worked steadily from the early 1950s to the late 1980s, and less frequently thereafter. She is probably most famous for her role as Catwoman in the Batman television series, a role she accepted only after learning how enthusiastic her brother and his friends were about the show. She has appeared in various movies and specials about the show over the years since and occasionally makes convention appearances. Other Trek alumni she appeared alongside in Batman are George Sawaya and Stanley

Another of her better-known science fiction appearances is as the War Witch Zarina on two 1980 episodes of the TV series Buck Rogers in the 25th Century, along with Tim O’Connor, Sid Haig, Michael Ansara, Felix Silla, and Kelley Miles. She also appeared as the Space Queen in two episodes of Jason of Star Command, with James Doohan and Sid Haig.

Newmar also appeared in various other television roles, including guest spots on series such as The Twilight Zone (with John Anderson and Guy Raymond), Route 66, Bewitched, Columbo (in an episode directed by Robert Butler), Fantasy Island (starring Ricardo Montalban), The Bionic Woman (with William Windom), and The Powers of Matthew Star (in an episode directed by Leonard Nimoy, featuring Jeff Corey and Rudy Solari).

Newmar worked less steadily in feature films over the years. One of her earliest roles is an uncredited appearance in 1953 musical The Band Wagon, alongside Robert Gist. She also played minor roles in films such as Demetrius and the Gladiators (1954, with Jay Robinson, William Marshall, and Gil Perkins) and Seven Brides for Seven Brothers (1954, with Ian Wolfe). In the 1980s she appeared in a number of B-movies such as Nudity Required (1988), Deep Space (1988, with Michael Forest), and Cyber-C.H.I.C. (1989). She also appeared in the 1989 film Ghosts Can’t Do It, and the 1994 science fiction movie, Oblivion, which was written by Peter David and co-starred George Takei, Carel Struycken, and Mike Genovese.

In 2003, she reunited with most of the surviving Batman cast members, including fellow Catwoman Lee Meriwether and Riddler Frank Gorshin, in the TV special Return to the Batcave: The Misadventures of Adam and Burt. Jason Marsden and Julia Rose played Burt Ward and Newmar, respectively, in 1960s scenes. Jim Jansen, Ray Buktenica, Steve Vinovich, Joel Swetow, Christopher Darga, and Todd Merrill also had roles in the special.

In 2010, Julie along with Jeff Bennett and Jennifer Hale did voice work for an episode of Batman: The Brave and The Bold with Diedrich Bader (who voiced the title character).

03. Too Wong Foo, Thanks for Everything! Julie Newmar

11. My Julie Newmar Letter on Facebook or..."The Penis Mightier than the Pen Is?" - Ron Smith 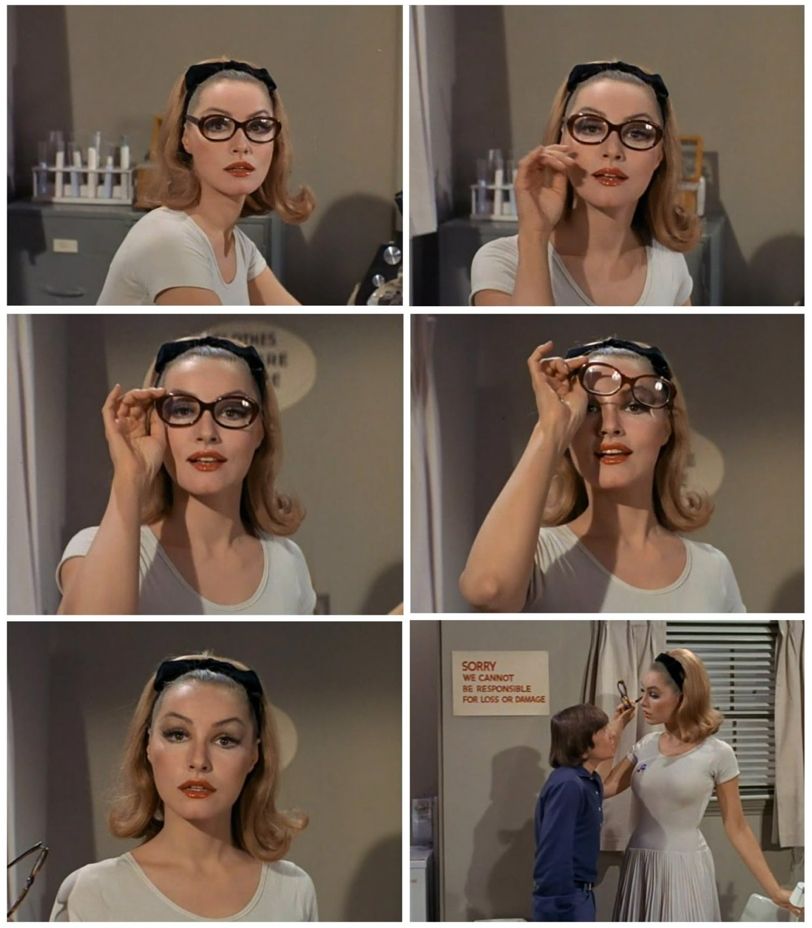