Sheryl Crow was at that point some time well into her 30s when she delivered her debut album. In the wake of going to the University of Missouri with Brad Pitt, Crow spent her twenties filling in as a music educator, composing publicizing jingles, and proceeding as a backup singer for Michael Jackson and Don Henley.

At the point when her 1993 debut album Tuesday Night Music Club arose, initiated by the single 'All I Wanna Do', it was prominent for Crow's conventional methodology. Disregarding the grit pervasive grunge-music at that time, Crow's music rather drew on the 1960s and 1970s classic rock, similar to The Rolling Stones, Fleetwood Mac, and The Small Faces.

However much I discover her collections conflicting, Crow's been powerful on plenty of contemporary specialists – HAIM have covered 'Sufficient' live, while Crow's impact poses a potential threat over Soccer Mommy.

Sheryl Crow’s debut album is named for the group of musicians who convened every Tuesday night to work on her material. The first single, ‘Leaving Las Vegas wasn’t successful, but ‘All I Wanna Do’, belatedly released in April 1994, and based on Wyn Cooper’s poem ‘Fun’, propelled Crow into the big time.

Tuesday Night Music Club opens with a fascinating line – she singles out 22 November 1963 as the day that Aldous Huxley died, an interesting choice given that John F Kennedy and CS Lewis died on the same day. Unfortunately, it’s all downhill from the great opening line; despite some competent songwriting, Tuesday Night Music Club suffers from long track running times and lack of originality. Song titles ‘What I Can Do For You’, ‘All I Wanna Do’, and ‘We Do What We Can’ all in a row raise questions. What is Crow doing? What can Crow do? I don’t know, but she does drop us a hint with her song title ‘No One Said It Would Be Easy.

Tuesday Night Music Club successfully launched Sheryl Crow as a solo artist, but her next two records are much stronger.

As with her debut, Sheryl Crow is often derivative and its songs are overlong, but her writing is very solid here. Although she’s generally associated with the guitar, Crow largely plays keyboards and bass here and she does an excellent job. Unsurprisingly, given her degree in classical piano, Sheryl Crow features nice Wurlitzer and Hammond organ parts. Despite the keyboards, Sheryl Crow lives up to its disheveled rock-chick cover art; it’s tangibly grungier and rougher than her other work.

‘Hard To Make A Stand’ is the best song here, a concise and universal declaration, while ‘Home’ uses Crow’s more pure upper register to good effect. ‘If It Makes You Happy, ‘A Change Would Do You Good’ and ‘Everyday Is A Winding Road’ were all over the radio in 1996; Crowded House’s Neil Finn, with whom Sheryl Crow used to tour as a support act, contributes audible backing vocals in the latter.

It’s hardly surprising that Crow demonstrates a healthy appreciation of classic rock in ‘Ordinary Morning’, compressing snatches of Lennon, The Beatles, and Pink Floyd into “But when I awoke/The dream didn’t end/Now every time I turn around/I’m only sleeping, John/Is anybody out there?/Don’t the wounded birds still sing?” Aided by Mitchell Froom, ‘The Book’ features an unsettling orchestral arrangement that provides a respite from Crow’s usual retro rock and roll.

The long-running time of Sheryl Crow, with its incessant monochromatic country-tinged, retro-rock makes it a chore to sit through. But there’s strong material here, and it’s a shame that Crow didn’t have a sympathetic producer to chop down her track’s running time and push for more variety.

Sheryl Crow started writing on bass for The Globe Sessions, in an effort to place more emphasis on melody. The Globe Sessions benefits from a broader stylistic palette and a more relaxed sound. Guests include Lisa Germano on violin, Benmont Tench on keyboards, and Wendy Melvoin.

The Globe Sessions also features my favorite Crow song; the opening track ‘My Favourite Mistake’ bursts out of the starting gate with a great guitar riff that’s Crow’s greatest contribution to musical posterity. Bob Dylan gave Crow the Time Out Of Mind outtake ‘Mississippi’ to cover and she does a great job – Dylan’s own version showed up on Love And Theft. Conversely, The Globe Sessions are less consistent than Sheryl Crow; songs like the repetitive riff of ‘Resuscitation’ and ‘Members Only’ aren’t among Crow’s best.

‘My Favourite Mistake’ is brilliant, but if you’re looking into Crow’s catalog, a compilation is probably a good option.

For what she insists will be her final full-length album, Sheryl Crow is wanting to go out using the buddy system to make her exit. With “Threads,” it’s as if she looked at the uber-collaborative world of hip-hop and modern pop and said, “You like ‘features’? I’ll show you kid's features.” Across 17 tracks, she employs more than 20 guest stars, mostly from the realm of legends; coming up with an exact count is difficult when old pals like Don Henley and Neil Young don’t even take a featured credit amid those like Keith Richards, Willie Nelson, Chris Stapleton, Joe Walsh, St. Vincent, Emmylou Harris and Chuck D who do.

The aforementioned celebs-to-songs ratio spells out the fact that any number of tracks feature multiple guests: Why have just Brandi Carlile appear on a cover of George Harrison’s “Beware of Darkness” when Sting and Eric Clapton can pop in, too? It is what we in the trade like to call a celebrity clusterf… est. But if it sounds like it’s not going to make for a terribly cohesive album with all those constant turns into Crow’s Rolodex, that’s kind of the point for this supposed farewell to the long-form form. Before she goes off to (presumably) emphasize touring, she means to make one last tour through all the styles and personas she’s taken on record, from good-time girl to crypto-balladeer, with a little help from her Eagles and Stones.

In the finer moments of “Threads,” of which there are many, you get used to the all-star interlopers as, especially in its late stretches, the album finally settles into something a lot more personal than you’d expect: It’s got some of the best writing she’s done. And in the lighter moments or the ones where you can’t escape thinking about the sheer amount of talent-wrangling that went into it… well, what’s the musical equivalent of people-watching? “Threads” is never less than a great excuse to people-listen as she runs through her A-list of Facebook friends. 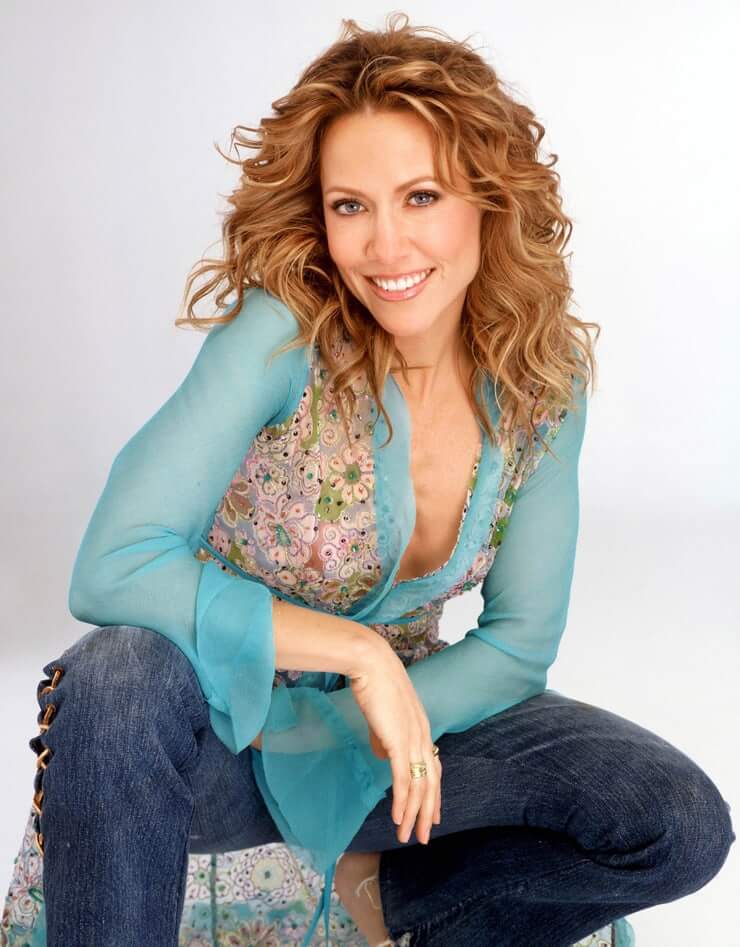