If You Want To Hear This Catwoman Hiss, Just Blow In Her Ear

From the Archives of The Wall Street Journal

To shut out the din of leaf blowers around her Brentwood

Handel at full volume. When that didn't work, she started

wearing industrial-strength earmuffs. But they made it

hard to answer the phone.

So Ms. Newmar, best known as TV's first Catwoman, has

gone on the attack.

"Ah, for the sound of rakes and brooms on a walk or driveway,"

read antiblower leaflets she has plastered around the neighborhood.

She has written to the mayor of Los Angeles, threatening to move to

New Zealand. And after one neighbor refused to stop his Latino

gardener from using a blower, she bought a can of black paint and

alley outside his house.

The neighbor promptly filed a vandalism complaint. "At least I got

The article goes on to note that because of complaints

an ordinance banning the use of gas-powered leaf

blowers within 500 feet of residences. But, gardeners

protested loudly, and the ban was delayed for 6 months, 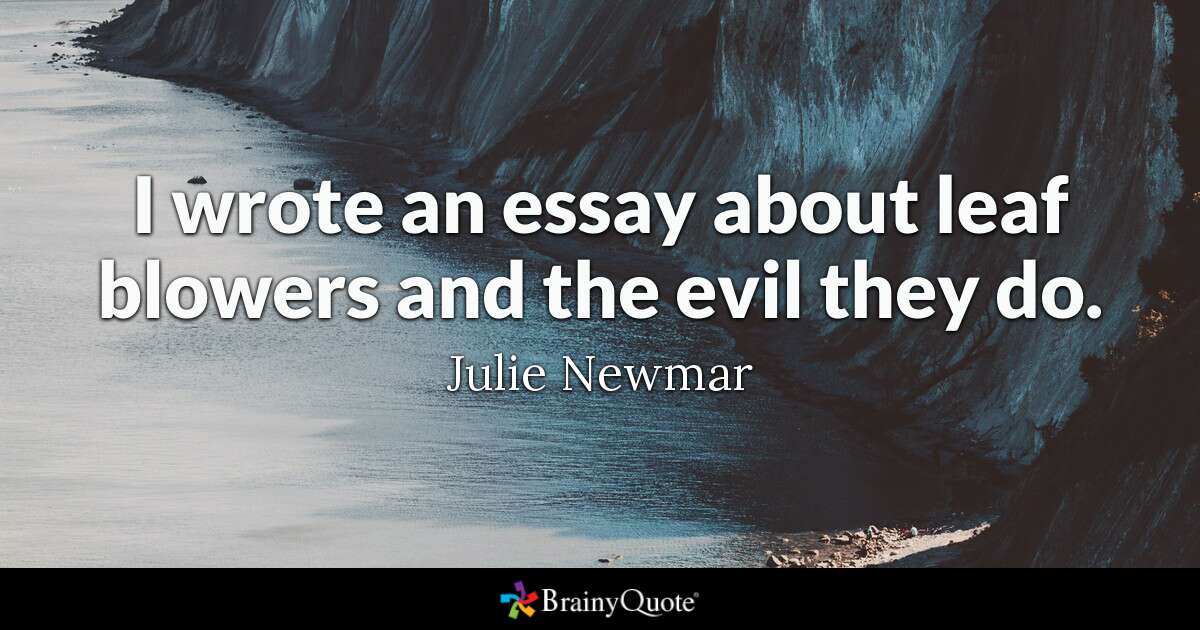