David D. Levine is the Hugo- and Nebula-winning author of the Regency interplanetary airship adventure novel Arabella of Mars (Tor 2016), sequels Arabella and the Battle of Venus (Tor 2017) and Arabella the Traitor of Mars (Tor 2018), and more than fifty science fiction and fantasy stories. Arabella of Mars won the 2017 Andre Norton Award for Young Adult Science Fiction and Fantasy, his story “Tk’Tk’Tk” won the 2006 Hugo Award for Best Short Story, his story “Nucleon” won the James White Award, and he has been shortlisted for awards including the Hugo, Nebula, Campbell, Sturgeon, and Locus. His stories have appeared in Asimov’s, Analog, F&SF, Realms of Fantasy, Tor.com, numerous anthologies and websites, and multiple Year’s Best anthologies, as well as his collection Space Magic from Wheatland Press, which won the Endeavour Award for the best SF or Fantasy book by a Pacific Northwest writer.

David is a contributor to George R. R. Martin’s bestselling shared-world series Wild Cards. He is also a member of Book View Cafe, a writer-owned publishing cooperative, and Oregon Science Fiction Conventions Inc., a non-profit organization that produces OryCon and other SF conventions. He has narrated podcasts for Escape Pod, PodCastle, and StarShipSofa and the audiobook of Space Magic, and his video production “Dr. Talon’s Letter to the Editor” was a finalist for the Parsec Award. In 2010 he spent two weeks at the Mars Desert Research Station, a simulated Mars base in the Utah desert. 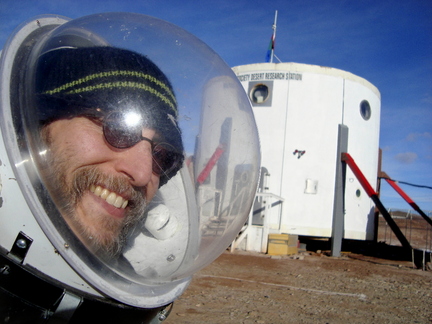