In addition to its obvious similarity to the Hortus image, the Marseilles design is iconographically similar to other Babel illustrations from the same period (also shown on the above page): the tower's foundation was often depicted with two or three additional wider steps; three windows were often depicted on its upper stratifications; the doorway at the base, when shown, reflects the upper window shapes.

This is not to downplay the other details of Trump XVI--the lightning strike, the crown roof, the circular shapes, even the falling figures--which veer from early iconography and which suggest the trump design to be more than simply an allusion to the Babel tower! 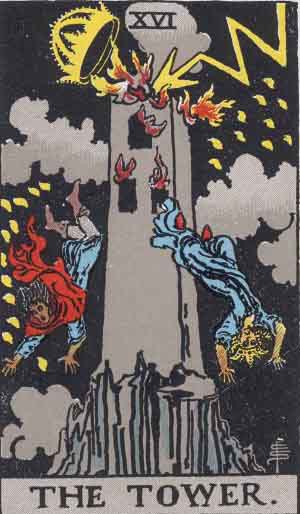