Origin Of Cancer As A Crayfish

Representing the sun at its highest point, Cancer is the zodiacal sign of the summer solstice. In ancient Egypt, the Cancer sign was imagined as a scarab beetle, and in Mesopotamia as a turtle or tortoise, both of which may have pushed the sun across the heavens. In Europe, traditionally, the constellation of Cancer was identified with the crab from Greek mythology that was crushed by the foot of Hercules and placed in the sky by Hera. Some have speculated that the characteristic sideways walk of hard-shelled crustaceans, whether crayfish or crab, could be symbolic of the backward shift in day-length after the arrival of the summer constellation in the Northern Hemisphere at the end of June, and Medieval people also believed those born under Cancer’s influence harnessed great, gripping power.

At the Index of Christian Art, the label “lobster-like” has been used to describe Cancerian crabs that are not at all “crab-like.” These crustaceans have elongated pincers, chunky claws, and a distinct tail, and they more closely resemble a lobster or a crayfish. The zoological treatise The Crustacea, published by Brill in 2004, states that, although crabs are the most frequent symbol of the Cancer sign, that the variety of shellfish that adorn horoscopes “can bring surprises”. It is possible that while the symbol of Cancer may draw from a singular iconographic entity that included all shellfish, the idea of a distinct crab, including its spoken and written labels, could be historically transmutable. A definitive explanation for the choice of crustaceans in horoscopes might be impossible, but there are some hints as to why “lobster-like” crabs were so pervasive in zodiacal art of the medieval period.

“Cancer” is an ancient word of Indo-European origin from a root meaning “to scratch.” Today Cancer is the scientific Latin genus name for “crab,” but in classical usage, it described many species of shellfish. J.O. Swahn notes in “The Cultural History of Crayfish” that in both Sanskrit and Greek the word for crab had the same meaning as crayfish, both animals having pincers. While the Latin word for Cancer, Carcinus, comes from the Greek karkinos, the English word “crab” has Germanic and Old English roots, and an Anglo-Saxon chronicle from about the year 1000 identified Cancer as crabba. In Old High German, kerbiz meant simply “edible crustacean” and was also used to describe crayfish. The OED links the Middle High German Krebs to the Middle French escrevisse, which in turn became crayfish.

The OED cites these words for crayfish, through much of their history, were general terms for all larger edible crustaceans. On “lobster,” OED notes some crayfish are called “fresh-water lobsters” and the term “lobster” is applied to several crustaceans of resemblance. Well into the seventeenth century, the word “cancer” and its translations were used as generic terms for all crabs and “lobster-like” creatures until Linnaeus established the species name Astacus Astacus for crayfish in his Systema Naturae of 1758. The OED also noting that the 1656 translation of Comenius’ Latinae Linguae Janua Reserata, described the crayfish as a “shelled swimmer, with ten feet, and two claws: among which are huge Lobsters of three cubits; round Crabs; Craw-fish, little Lobsters.” So, etymologically speaking, crabs, crayfishes, and lobsters were mingled together from very early on.

In the Middle Ages, the zodiacal symbol of Cancer often appeared in the calendar pages of devotional books, or on the adorned monumental sculptures of the Middle Ages. The Index records examples in these mediums with the subject heading Zodiac Sign: Cancer. Generally, the depiction of the sign of Cancer as a crab is most prevalent in art from the Mediterranean and Western Europe, possibly due to the proximity to the sea, but the crayfish as a symbol for Cancer is not unusual, even in coastal regions. Crabs are saltwater decapods, creatures with ten feet or five pairs of legs. Crayfish are also decapods, but they thrive in freshwater lakes and rivers. Summer was the best season for fishing, and crayfish were easily trapped along the streams and creeks of rural Europe. The French and the English were the first to incorporate crayfish into their diet.

The Romans had viewed the crayfish as a scavenger animal, and they disliked the taste in their cuisine. Elevated from its lowly status as mere fodder in the classical era, crayfish came to be considered a delicacy in Western Europe from as early as the tenth century. In medicine, the sign ruled over the chest, stomach, and ribs, and there are also several medieval pharmacological texts that note the medical properties of the crayfish, including the fact that “If you boil them in the milk they cause a good sleep”. We know that Europeans were using crayfish in their recipes and tinctures, so their distinctive form would have been a familiar one. In the blog article “The Crusty Conundrum,” for the Voynich Portal, J. K. Petersen makes interesting points about the Cancerian crayfish in the 15th century Voynich Manuscript. Petersen reads the Voynich crayfish as anatomically incorrect, with legs attached to the tail, suggesting that the artist had been working from traditional representations rather than from life. This idea supports the theory that crayfish were so common in a medieval astrological culture that the critters were simply represented from memory! 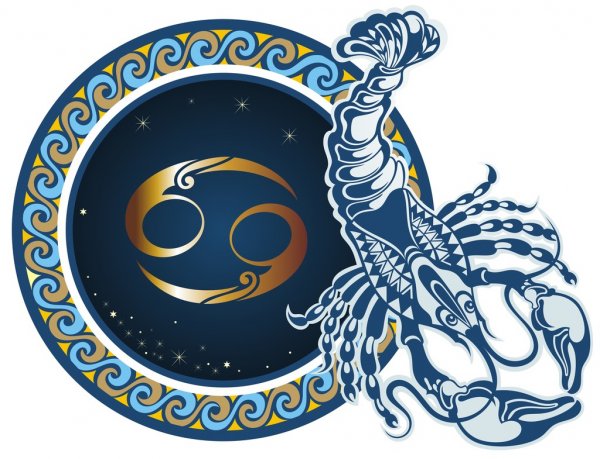