In alphanumeric order, the Devil – Le Diable Tarot is similar to the Pope – Le Pape Tarot, Major card V, the fifth level of the first decimal sequence in the Major Arcana. It also represents a bridge, a transition. But if the Pope represents a path toward spiritual peaks, the Devil appears as a tempter, pointing to the abyss of life. This card is associated with a large array of black as we see in the Arcana card XIII. The image of the Devil is holding a torch and has two bat wings: these elements refer to him dwelling in the darkness of the deep subconscious. We can say he represents the opposition to the Pope, the light that was buried in the matter.

The character in this card is a mix of human and animal, alluding to our primitive powers, prehistoric memories buried in the deepest part of the nervous system. This feature, through the mysterious symbols adorning the characters, reminds us that, in order to gain enlightenment, instead of denying the animal part in oneself, the newcomer should accept it, respect it and guide it towards angelic light.

Once an angel, Devil – Le Diable Tarot, with his torch, is revealing a deep desire to climb back to the world from his cave. Similarly, the human soul, hidden in a mundane body, also has a deep desire to return to its original creation. The Devil wears a hat with red rims, referring to the activity of desires, the body of the hat is orange, symbolizing the receptive mind and intuition, spreading in front of his forehead just like a third eye. He was squinting, focusing on one point on his nose’s tip, deeply thoughtful. His expression seemed vague: on the one hand, it seemed like a high concentration, on the other hand, it was like he is fooling around. It can be seen that through the layers of common fears that the Devil conveys, he reminds us that he is just a harmless object, a funny person. From his own face, and from the dark blue face on his stomach, we can also see Devil does not hide anything; he is absolutely not hypocritical.

If the Devil – Le Diable Tarot is equipped with many eyes on his face, on his abdomen, and on his knees, it is to see more clearly the face of his fears. He is a four-sided character. In addition to his face on his head and a mask that concealed his powerful intellect, it was surprising to look at his chest. The crescent moon below his breasts shows his fleeting emotional nature. The face on his stomach with a tongue stuck out, expressing his infinite creativity and his physical desires. The gaze from two knees implies that the flesh is imbued with spirit, acting as a cover, not disregarding anything of material life. His genitals are like a third tongue sticking out. But his light blue body indicated that, first and foremost, he was a spiritual entity and intellect under the appearance of the Devil. He held a torch with a blue handle, thereby emitting small flames rising from a circle; this torch burns from a noble act, carrying the mark of perfection and creative principles.

The three creatures who have the horns, hinting that the Devil – Le Diable Tarot had a passion over everything else; an ardent and creative passion. This card contains hidden potentials in the subconscious, both positive and negative. This is also the card of temptation: is an order to search for hidden treasures, to seek immortality and powerful energy buried deep in the soul, essentials for great human efforts. Obviously, this card also represents a fraudulent contract in Fraust’s tradition, corruption, decadence on sexuality, childishness, falsehood, delirium, devotion, greed, and self-destructive bonds.

The Devil – Le Diable Tarot stands on something like a pedestal or a pillar, there are two minions attached, connected together by an orange string through a light blue ring in the center. We can see that the minion on the left is female and the minion on the right is male based on their facial expressions, although there is no gender difference here. The female minion carried a small symbol on her chest, three triangular dots showing that she was a god. These two characters have feet shaped like roots that plug into black soil.

Each female minion’s foot has five fingers, while the male minion has only four fingers. This is the card that reveals the active side of women and the passive side of men, which are the two energies that combine to form a bisexual devil, including the woman’s breast and the genitals of a male. His right foot and hand had five fingers and toes, while the left hand and foot had only four ones. Two minions carry horns on the head, reminiscent of medieval legends about the animals imprisoned by their horns in the forest of passion. We can look at them as two individuals connected to each other through their desires, but they are also rooted in deep sources and turned into servants for the Devil’s bisexual creativity, get out of every judgment.

In the minds of the majority, the Devil – Le Diable Tarot implies money. He appeared to tempt people with a promising contract, quick and easy wealth; he is also associated with the proclamation of passion, temptation, and stealthy relationships. All those things lie on the same fact: we are seduced by a part of ourselves with mysterious abilities, just as God was tempted by the demon inside him. Legend has it that when God died, from his grave, he went down to find his brother the Devil to reunite with him and unite into one entity.

On the background of the “cave”, above the matrix of darkness, we can see a light blue background with stripes that are evenly spaced. In the middle of the black ribbon on the stripes, evidence of mental labor, is a created action (red trapezoid), leading to the perfection of a light blue circle with a string to connect the two minions. The whole activity is unconscious, and this instinct becomes conscious (light yellow) and spirit (light blue). The root of this activity, the Devil, is considered sexual. The red tip of his genitals is a symbol of life, just like a double harness that lifts his chest and belt to his waist. With these red details, he seems to show that sex is a first and foremost fire, as well as his torch, with which one can light the world with the fire of creativity. In this respect, the Devil is another side of God.

The Devil – Le Diable Tarot may refer to an imminent amount of money or everything related to major financial transactions that are sometimes secret or shady. He is a great tempter, and in the field of material, he refers to the desire to become rich. He also represents a lucrative contract, but one must consider carefully to avoid being cheated. To be fair, actually, Devil could lead to a fortune or collapse.

On the other hand, the Devil is always a good omen for issues related to creativity. He reminds us of the depth of talent, inspiration, true artistic trends, and highly creative energy.

Similar to the Arcana card XIII, the Devil – Le Diable Tarot at first made the Tarot reader fearful. He carries all taboos in religion and morality and reflects the true image of the devil. The reader should direct the interpretation so that the querent can go beyond the prohibitions of creativity or sex that are imposed on him/her and reconnect with the strength of the depths in which our subconscious is rooted. It is also where passion is attached to it. The Devil often leads us to the sexual aspect of a relationship: a passionate binding. He can also show the desire to understand this kind of connection.

Sometimes, he also implies physical and mental dependencies that need to identify the cause. Problems of stimulants, alcohol and sexual dependence, self-punishment, repetitive patterns in emotional life, and similar things can all be removed if we take the job at a deep level.

In all cases, the Devil – Le Diable Tarot guides us towards human nature and makes us not hide under the mask. Consciousness includes being yourself. This is seen as an awareness and a guide to our aspirations.

“I am the Lucifer, the torchbearer. The wonderful gift that I bring to mankind is the lack of moral standards. Nothing limits me. I pass all the rules, I burn holy books and constitutions. No religion can control me. I destroyed all the doctrines and caused all the teachings to explode”.

“In the depths of the depths, no one can live deeper than me. I am the source of every abyss. I am the one who brings life into dark spirits, who knows the point where dumb things revolve. I am the sticky plastic of everything that is trying desperately to be determined: the supreme power of magmatic stone; is the stench that accuses the hypocrisy of perfumes; is a rotten creature that gives birth to all flowers, which is the perversion of empty minds swamping in perfection”.

“I am the deadly awareness of eternal fleetingness. It is me who is imprisoned underground to reach the world, who makes the holy cathedral of faith shaken. It was me kneeling and biting on the feet of the exterminators until they bleed, who was not ashamed to show open wounds like starving butterflies. I forcefully took away the rotten egg of the divine in you. I buried the onset of my lewd thoughts into the sick dream of the Great teachers and spit on their lies with the cold semen of contempt in me”.

“Peace does not accompany me. There will be no peaceful home. There will be no sweet truth. There will be no virginity to cover the wet tongues of nasty nuns. I solemnly discard the waste in my body on the sore birds of virtue. I did not prohibit myself from imagining the prophet crawling and was mourned by a horned donkey. I am a passionate singer of incest and the champion of perverted acts; with the nail of the little finger, I am happy to cut the belly of an innocent person, so I can put my food into his heart”.

“However, in the deep bottom of the human cave, the light of the torch still brings order in the dark. On the volcanic stone ladder, I opened my way to the feet of the Creator to give him the power of transformation as a gift. Yes: before the most sacred time, I fought to paralyze my instincts, to fill up like a luminescent sculpture. I illuminated it with my awareness and clung to it until it exploded into a new divine work. The infinite universe and the vast maze slipped through my claws, a prey escaping between my teeth, traces dissolve like a fragrant scent”.

“And I am still here, trying to attach every second, this second follows another to retain the flow of time. Hell is like that: absolute love against holy work will fade away. He is an artist – invisible – unimaginable – shapeless – untouchable. And I, I am another artist: fixed, unchanging, dark, opaque, dense, a torch burning forever with immobile fire.

Passion – Attachment – Dependence – Advance – Worship – Great Creativity – Taboo – Temptation – The animal part – Drug – The lucrative contract needs to be considered carefully – The amount of money Is coming – The hidden energy in the subconscious (both positive and negative) – Excitement – Prostitution – Cruelty – Working in the abyss – Psychiatry – Dark side of every person – Sexual – Lucifer, Fallen angel, and torchbearer – Pride – Possessing – Haunting – Black magic – Not getting old – Strong sexual energy – The Fantasy – Mysterious treasure – Energy buried in spirituality – Passing through – The instigation. 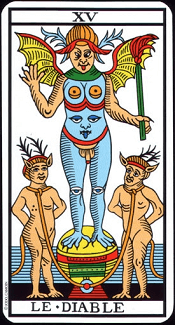