Dario Fo is an Italian actor-playwright, comedian, singer, theatre director, stage designer, songwriter, and political campaigner, and recipient of the 1997 Nobel Prize in Literature. The pictures were jointly created by Dario Fo and Dominique Gobbo, an Italian graphic designer.

Dario describes their concept: "The idea was to recreate certain themes and subjects from our own Middle Ages and Renaissance, including the Reformation and the Counter-Reformation. We were interested in a Holy Year atmosphere from the point of view of the Duchies of Mantua, Parma, Ferrara, Florence, and the Republic of Venice. So we shamelessly and ruthlessly plundered the pictures of dozens of great masters of that time from Paolo Uccello to the Carracci, from Raffaello to Lorenzo da Credi and so on."

Included with this deck is a book in a slipcase. 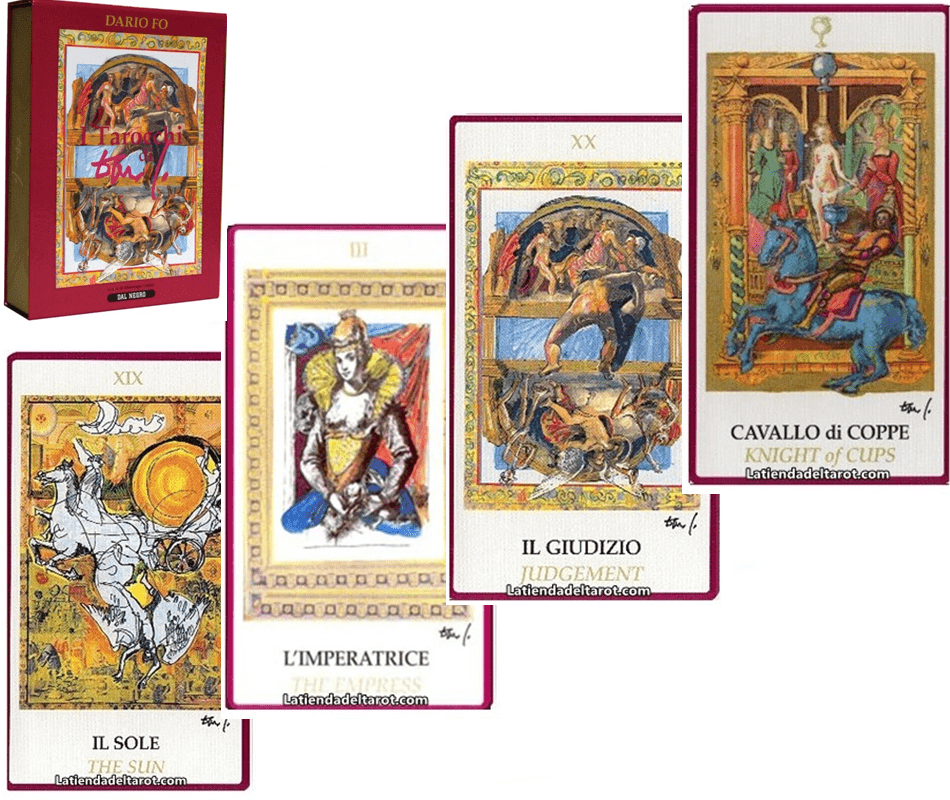