This interesting deck is truly out of this world, the characters on the cards of the Neuzeit Tarot (New Age Tarot) have quirky facial expressions and a portion of the cards are simply just weird. This is a deck of cards addressing evolution and transcendental state. The New Age tarot deck is filled with hidden details in the imagery that is delightful to find.

The origin of this deck came from Walter Wegmüller, a Swiss painter who in the 1970s teamed up with German rock group, The Cosmic Jokers to release the 1973 album Tarot. They originally came up with the idea to create Tarot music. The artist used this medium to tell the stories of the cards and the German musicians translated them into music.

The deck itself feels very modern even though it was produced in the early 80s. Very different from other tarot decks, they stand out and are somewhat hard to find new. A very unusual tarot deck, worthy of enthusiasts and collectors. 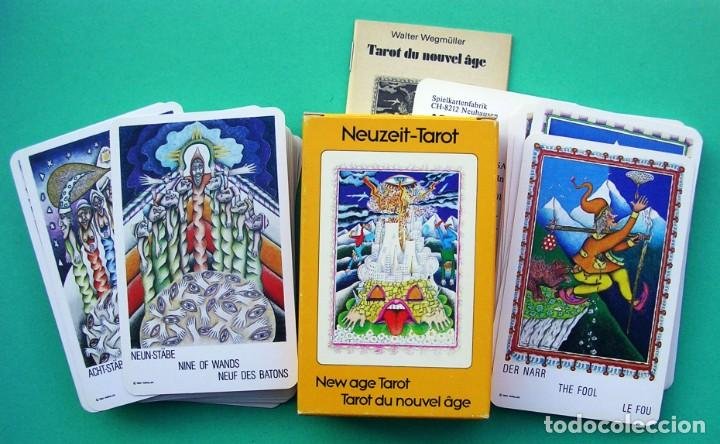