The New Tarot is an entire, 78-card, highly contrasting deck from the mid-1970s. The solid, strong outlines are a blend of Egyptian, Tahitian, traditional and modern symbolism, with religious and mythological influences.

This highly contrasting deck is more modest than normal. It comprises line drawings that take after woodblock art. The pictures are straightforward, yet have sufficient detail to make them intriguing. There is some nakedness. The Major Arcana have customary names except the High Priestess has been abbreviated to Priestess. The court comprises of Knight, Prince (Swords and Wands) or Princess (Cups and Circles), Queen and King. The backs are reversible and comprise of a mandala of the creator's initials.

Included is a fold-out sheet. The sheet gives brief foundation data about the tarot and a thumbnail picture of each card and its upstanding significance. The thumbnail pictures are extremely valuable since a portion of the cards can be hard to recognize from the outset.

This tarot deck is for collectors and enthusiasts of artistic black and white decks and for people that are looking for something unique and fun. 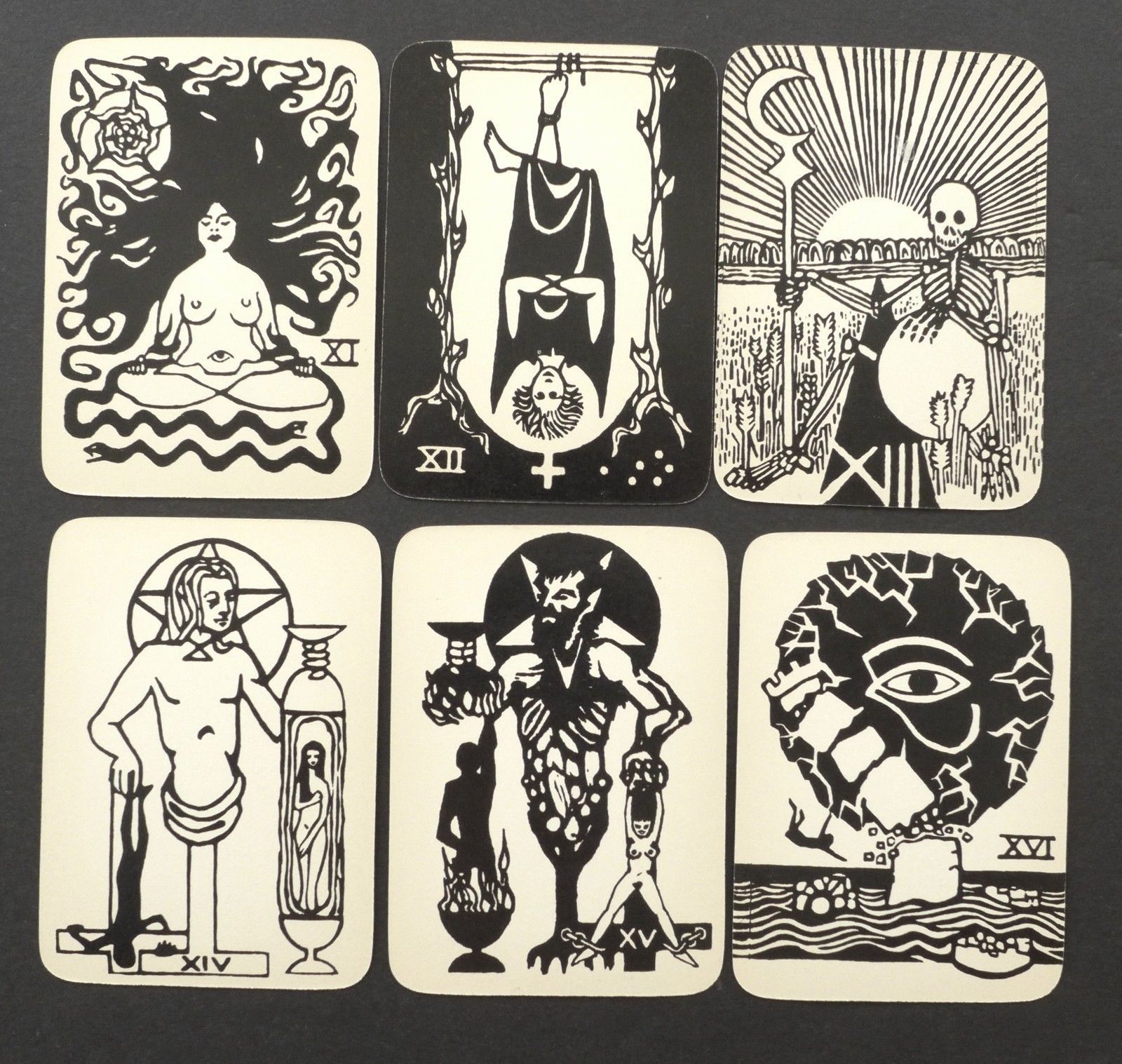