The Word Of One Tarot - Atlantean

Back in 1968, John Starr Cooke and Rosalind Sharp published an unusual tarot deck called "The New Tarot for the Aquarian Age". The creative process that led to the construction of the deck was a series of ouija-board readings carried out by a group of John Starr Cooke and friends with the purpose of deciding how a "tarot" ideally should look like. The notes from the ouija-board readings became so detailed that they could be used as directions for designing the deck and a concept for using it called "The Royal Maze".

One detail was an unusual name for each of the major cards, the card equivalent to "The Fool", for example, is called "The Nameless One"; "The Lovers" being "The Unity" and "Strength" being "The Victorious One". Also, the suit marks were differently named as Serpents, Pears, Blades, and Stones. The deck came in several print runs in the late 1960s and early '70s. John Starr Cooke died in 1976 and in 1992 his son and daughter-in-law made available a set called "The Word of One" (which was also the title used for the transcript of the ouija-board notes). The "Word of One" was a package holding a reprint of the 78 cards of "The New Tarot for the Aquarian Age" plus two major arcana tarot decks created by John: "The Atlantean Tarot" and "The Gypsy Medieval Tarot".

One of the other two major sets is called The Atlantean Tarot, whose imagery was drawn by John Starr Cooke himself and inspired by his wife's dreams. The second, named Medieval Gypsy was drawn by Rosalind Sharpe and is based on John Star Cooke's study of the traditional European tarot patterns.

In 1992 a re-edition of the three decks was published under the name of The Word of One, which includes not only a full 79-card color reprint of T- The New Tarot but also a colored edition of the Medieval Gypsy Tarot plus the negative printed Atlantean Tarot.

Name: Word of One Tarot 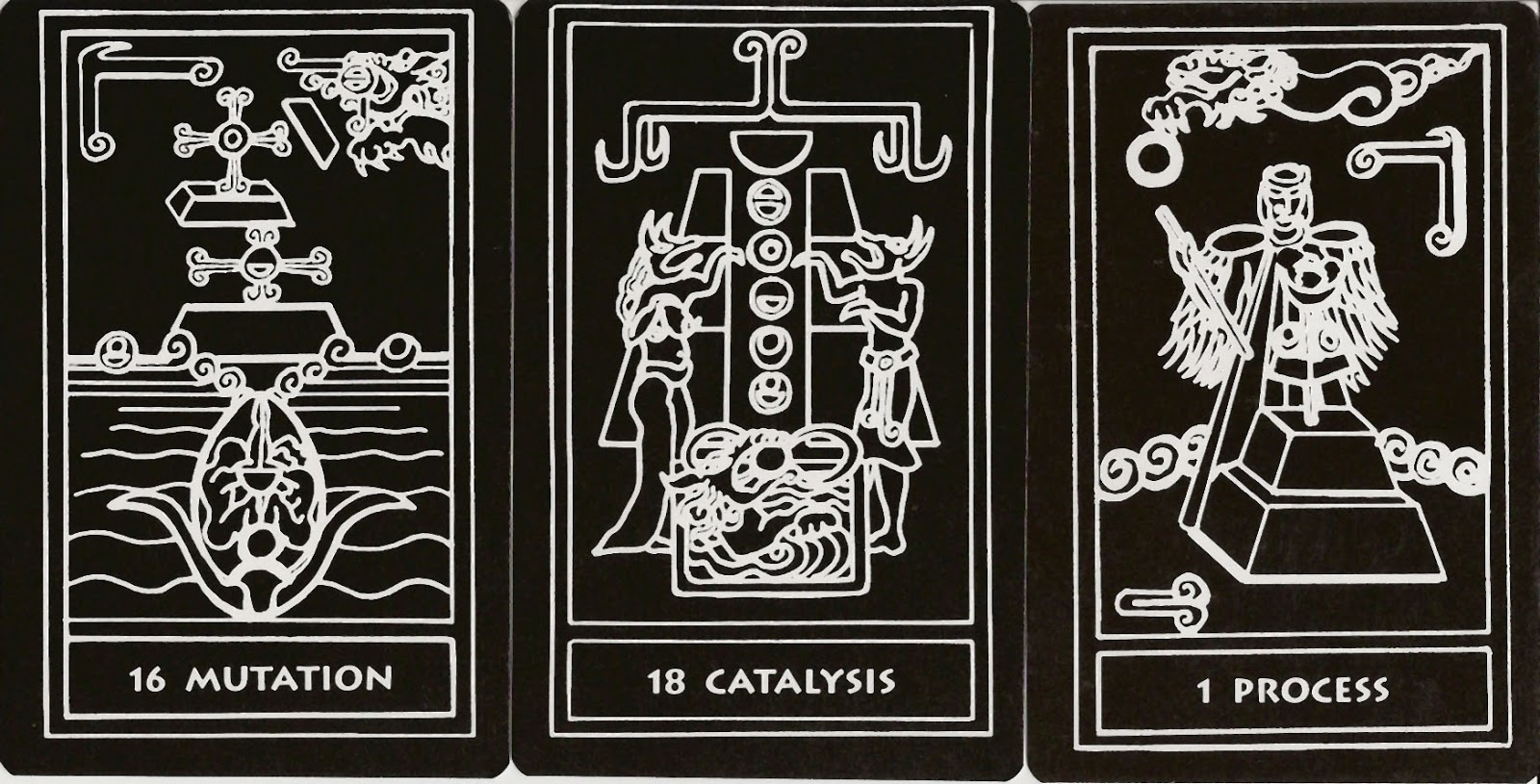