The Bermuda Junior Service League (BJSL) is an organization of women committed to promoting volunteerism, developing the potential of women, and improving the community in which we live. The BJSL's purpose is both educational and charitable.

Description: Bermudian Cookery presents a mixture of old Bermudian recipes, restaurant specialties, and other favorite recipes. Have you ever made a Navarin or trifle or Weisse maeuse or conch fritters or anticuchos? You will find recipes for these and many more intriguing recipes in this community cookbook from the Bermudian Junior Service League.

The Bermuda Junior Service League was founded in 1936 by Mrs. C. Vail-Zuill. It was modeled after the Junior Leagues of America. During the early years, the League’s charitable actives centered around helping the hospital, the welfare society, and the LCCA. Over time, the League’s projects and community service extremely varied with an aim to promoting volunteerism, developing the potential of women, and improving the community in which we live. Many of the past projects include the following:

• The League's first major project was establishing the Victoria Lodge for underprivileged children in 1937. The operation of this project continued until 1945.

• In 1940, the League opened a toyshop to sell Bermudian hand-crafted toys, as there were restrictions on the importation of toys.

• In 1953 the League was approached with regard to forming a Hospital Auxiliary, to assist the KEMH. Life Members of the League formed the Women's Auxiliary (the Pink Ladies), which today is an indispensable, separate organization.

• The League was well known for its extravagant plays and fashion shows in the 1950s, 1960's and 1970's. They were successful fundraising projects for the League and provided Bermuda access to the dramatic arts and culture.

• The BJSL funded and oversaw the building of the Deliverance replica in the late 1960s which was completed May 8th, 1971. League continued to operate this project with the help of members' volunteering their time, until 1996 when the ship was sold. The sale proceeds went to local charities, including to the construction of the Windreach playground.

• In 1990 the League introduced the “Kids on the Block” puppets program. League members volunteered their time taking the puppets to schools and producing puppet shows that dealt with difficult subjects such as divorce, asthma, physical disabilities, etc. The project operated through the League for 9 years before it was turned over to Windreach Recreational Village who now put on monthly shows at the Village.

• In the early 1990s, the League brought in TV personality and magazine publisher, Martha Stewart as a fundraising project. A luncheon and seminar were put on with Martha as the featured guest.

• In 1999, the League spent $12,000.00 furnishing the KEMH Rape Crisis Room which is now called the SART Room. Between 2008-10 the BJSL raised an additional $40,000 plus for the updating of SART diagnostic equipment and victim comfort supplies.

• The League volunteered and assisted in organizing and serving at the annual tea for seniors held in their honor by Government at Camden House for many years.

• The League sponsored a pamphlet produced by the Bermuda Police Service on women's safety and community awareness stickers that were printed on public parking lot vouchers. The BJSL also sponsored and facilitated the “Don’t Leave Your Drink” campaign which involved printing posters and installing them on bathroom stall doors in nightclubs.

• For many years the League assisted The Haven (temporary home for young women) with their annual appeal for funding. The League wrote and distributed the annual letter and collected and deposited the funds on The Haven's behalf.

• Funded by the League, philanthropist Sylvia Munro crocheted lap blankets in 2002 and 2003 for senior residents at Westmeath and Pembroke Rest Homes and nursery school children.

• The League ran Santa's Grotto as a fundraiser at Christmas outside the Phoenix in 2003 and 2004.

• In the spring of 2005, the League sponsored a one-day seminar with daytime Emmy winner Rhonda Britten, star of the reality show Starting Over. 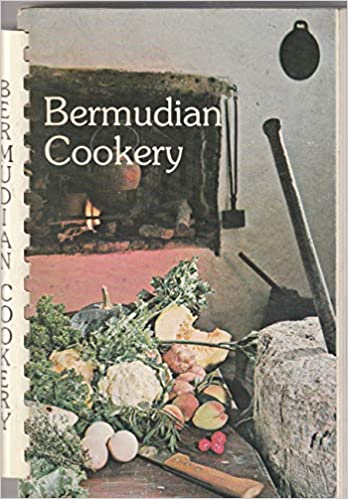