The eugenics movement did not end with the program in Winston Salem. In 1950 and 1951, John Foster Dulles led John D. Rockefeller III on a world tour, focusing on the need to stop the expansion of the non-white populations. In the fall of 1952, Rockefeller and Dulles established the Population Council with money from the Rockefeller fortune.

In the early 1950s, Gordon Gray, a close friend, and frequent golfing partner of Prescott Bush was appointed as the first director of the Psychological Strategy Board under Eisenhower. Later in 1958, Gray became National Security Advisor to Eisenhower. Gray's son, C. Bowden served as George Bush's (Prescott's son) legal counsel throughout the evolving Iran-Contra scandal.

In 1958, William Draper was appointed to chair a committee that was advising President Dwight Eisenhower on the use of military aid to other countries. The appointment was made possible by Prescott Bush and Gordon Gray, both were frequent golfing partners of Eisenhower. Dillon and Reed employed Draper during the 1930s. It was with Draper's help that Prescott Bush was able to float the largest bond issue for Nazi Germany. Draper later served in post-war Germany as the head of the economic unit in charge of dismantling the cartel system.

Draper was a racist and major funder of the eugenic movement. Draper used his position as committee chairman to direct the focus of the committee away from military aid to the danger of overpopulation in third-world countries. His racist views were dismissed by the Eisenhower administration. Draper went on to fund the Population Crisis Committee with money from the Rockefellers and du Ponts. In the 1960s, Draper served as an advisor to LBJ. He was instrumental in getting the Johnson administration to use the overseas aid program to fund birth control in non-white countries.

The Bush Rockefeller connection goes back to pre-WWI and Samuel Bush, president of Buckeye Casting. Samuel Bush was also director of several Ohio and Pennsylvania railroads. The railroads worked closely with Ohio-bred Standard Oil. Standard held a minority interest in Buckeye Castings. In turn, railroads transporting Rockefeller oil were required to purchase all of their couplings and related railroad equipment from Buckeye.

George Bush, Prescott's son, was a vocal supporter of Draper's policies. In 1964, he campaigned in Texas against the Civil Rights Act. In 1969, as a congressman, Bush arranged hearings on the dangers posed by the birth of too many black babies.

In 1972, as ambassador to the United Nations, George Bush arranged the first official contract between the American government and the Sterilization League of America, which had, by then, changed its name, yet again, to the Association for Voluntary Surgical Contraception. Under this contract, the United States taxpayer was burdened with the cost of sterilization programs in the non-white third world.

In the 1980s, as vice president, George Bush urged Reagan to appoint Draper's son as an administrator of the United Nations Development Program, an organization connected with the World Bank and charged with supervising population control. Bush was also instrumental in the appointment of Draper's son to the Export-Import bank. During the 1980s the Export-Import Bank with the urging of the Reagan administration served as a funnel for funds to provide Saddam Hussein with funds and credits during the Iran-Iraq war.111

The Bush and Draper families have shared close relationships since the 1920s. In 1980,

Draper's son was co-chairman for finance and head of fundraising for the George Bush for President campaign in 1980.

Dr. Clarence Gamble later established the Pathfinder Fund. The prime objective of the Pathfinder fund is to break down the resistance to sterilization in third-world countries.

The racist policies of the Bush family extend into the administration of George W. Bush. Charles Murray, the Pioneer Fund's best-known expert, has served as an advisor to many of George W's top advisors and is often quoted by them. (The Pioneer Fund was established by Wickliffe Draper, not to be confused with William Draper) Both Tommy Thompson's and NYC Mayor Giuliani's welfare programs are directly influenced by Murray. Murray was a consultant on the Wisconsin plan when Thompson changed the Wisconsin welfare system. Murray's books The Bell Curve and Losing Ground, both about the inferiority of Blacks, serve as bibles for the school privatization and anti-welfare movements in the U.S.

There are several things to note in the last few paragraphs. The first notable aspect in the post-war period is how small and tight this group of eugenics was. Throughout this book, this is a reoccurring theme. American fascism is not broadly based; it is concentrated in a few wealthy families. When it does extend to a larger number of families, those families are linked together by inner marriages. American fascism, like the Nazis in Germany, is a product of a few elite families. Another circumstance worth noting is the concentration of these people in the Eisenhower administration. Eisenhower was certainly no supporter of Nazi Germany. In fact, he expressed his hatred of the Nazis and Germans, in general, countless times in letters to his wife. However, his administration was littered with Nazi supporters. In essence, he was duped. However, the old general was not the complete fool. In his farewell address, he forewarned us about the military-industrial complex, a polite description of post-war fascism.

It is undeniable that the tentacles of eugenics extend into such noble causes as birth control, population control, and Planned Parenthood. When such organizations and policies are under democratic control they can do much to alleviate poverty, human misery, and famine. It is only when such policies and organizations slip under the control of such families as the Bush and Rockefellers that they become modern-day weapons of genocide.

Although it has been over seventy years, the legacy of the 1920s is not one of flappers and speakeasies. Its true legacy is one of brutal repression. The leaders of corporate America were successful in purging socialists and union organizers through a network of hard-right "patriotic" groups. The seeds of fascism had been successfully sowed in the 1920s and grew into full-blown fascist groups during the economic turmoil of the 1930s. Before the end of the 1920s, the economy would sink into a deep depression; a fitting tribute to the failed laissez-faire economic policies of the decade's three Republican administrations. The decade would end much the same as it began. In one of the most shameful acts of all time, a hate-filled President Hoover ordered the army to remove Bonus Marchers from Washington, DC.

In May 1932, WWI veterans came to Washington DC, demanding payment of their deferred bonuses to help them survive the depression. On May 24, General Alfred Smith, chief of G2 (army intelligence), and General Douglas MacArthur met to consider implementing Emergency Plan White, a plan designed to suppress domestic unrest. Charged with preparation was General George Van Horn Moseley. Moseley and MacArthur were convinced that the Bonus Marchers had fallen under communist control. Moseley was insistent on removing the marchers by force. Late in July, the army attacked the marchers using tear gas, cavalry, sabers, and bayonets. Two officers involved in the attacks were George Patton and Dwight Eisenhower. Moseley held extreme views on eugenics and immigration, and following his retirement became a pro-Nazi figure.18

The Nazi's plan for world domination involved several facets, like a many-headed hydra. The cartel agreements went far beyond the establishment of monopolies, and, in fact, were a major part of the Nazi war plan, and were readily entered into by the leaders of corporate America. Along with fascism support for the big business came extreme anti-unionism.

Cartel agreements had two effects on W.W.II. First, they hindered the production of munitions. Second, they shifted the geopolitical balance in South America to the Nazis. American companies were excluded by these agreements from expanding into South America, while German firms were free to do so. Once the war started, these German firms in South America were used to circumvent the British blockade, prolonging the war.

Nazi influence in South America continued after the war, and the continent became a haven for Nazi war criminals. Once safely in South America, Nazi war criminals became military advisors and trained their host country's security forces. The end result has been a series of coups overthrowing reformist governments, and the installation of brutal dictatorships with their accompanying death squads. The Nazi influence in Argentina was apparent as recently as the Falkland Islands War, in which the Argentine air force achieved some success. The Argentine aircraft industry is the direct product of ex-Nazi engineers. 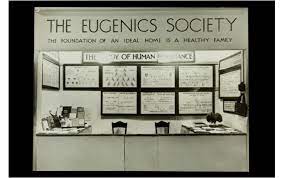