In 1938, the Republican Party, with Harold Stassen heading the state ticket, ran two campaigns. One, a high road campaign by Stassen, the other a dirty campaign headed by the old guard within the Republican Party. Led by Ray P. Chase, this second campaign set new lows. Chase's vehicle for running this second campaign was the Ray P. Chase Research Bureau. Financing his efforts were some of Minnesota's business elite: George Gillette, President of Minneapolis Moline; J. C. Hormel, the meatpacker; James Ford Bell, Northwestern Bank; Colonel Robert McCormick, owner of the Chicago Tribune; and George Belden of the Citizens Alliance.

To accomplish his goal, Chase used both legal and illegal methods. Files were stolen from the State Relief Department and Farmer-Labor members were scanned for communist activity. Dean Edward Nicholson supplied data about left-wing student organizations on the University of Minnesota campus. One of the students labeled a dangerous radical was Eric Sevareid. Chase produced and distributed the red-baiting pamphlet, Are They Communists or Catspaws. After the pamphlet's introduction, Chase launched into a vicious anti-Semitic attack about an alleged conspiracy, equating Judaism with communism, and Governor Benson's role in it.

In the 1938 Minnesota governor's race, leading officials of the Republican Party conducted another vicious anti-Semitic campaign to defeat Farmer-Labor Governor Elmer Benson. Benson's inaugural address on January 5, 1937, placed him on the left end of the New Deal. FDR had endorsed Benson in 1936. The Republican Party considered it a declaration of war. Among the issues Benson supported were:

- A two-year extension on the mortgage moratorium for farmers.

- A technical assistance program to assist and promote cooperatives.

- The creation of a state commission on youth.

- Repeal of the criminal syndicalism laws (remember the Wobblies?)

- Creation of a state housing agency.

- The development of a state-owned cement plant.

- Increased benefits for the disabled, people on relief, and the aged.

- A constitutional amendment enabling the state to produce and sell electrical power to municipalities.

Few of Benson's proposals became law as his program was effectively blocked in the state senate. Central to Benson's programs was a restructuring of the tax code, which passed the state house of representatives intact. Some of the provisions were:

1. Complete removal of the state tax levy of homes and homesteads up to the value of $4,000.

2. Taxing of the net income of individuals and corporations on a graduated basis so that a large share of local school taxes would be replaced by state income tax revenues.

3. Increased taxes on accumulated wealth, including mining companies, to balance the state budget.

The conservatives in the Senate ignored the House tax bill until a few days before the legislative session closed, resulting in a special session. The Twin City press ran article after article denouncing the Farmer-Labor Party while citing such business leaders as Charles Fowler of Northern States Power, Mr. Montague representing the Steel Trust, Aleck Janes of Great Northern Railroad Aaron Youngquist of Minnesota Power and Light. With the press at the beck and call of business leaders clamoring that the Farmer-Labor Party was driving business out of the state, Benson's tax proposals failed to pass the Senate, but the stage was set for a bitter election campaign the following year.

- History of American Nazis in the 1930s with images. 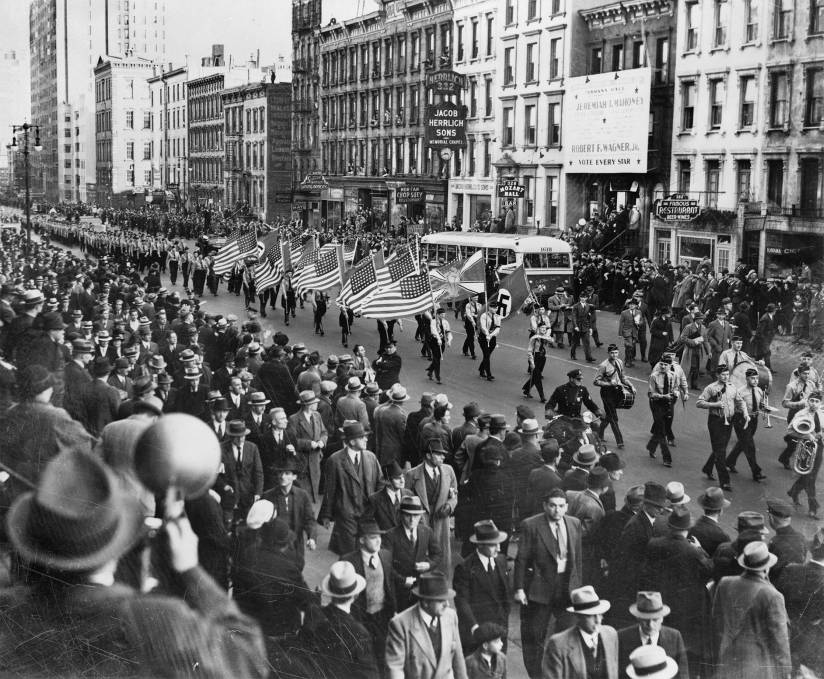