Take the Rich Off Welfare

Abstract Corporate tax expenditures are a growing problem, although most contemporary analysts of traditional welfare programs ignore this policy area. The publicity surrounding Enron highlights this expanding segment of our welfare system. Corporate tax expenditures constitute a shadow welfare state that hides behind the complexities of our tax laws

Corporate welfare now totals more than $167 billion dollars annually. For the average taxpayer that means paying out $1400 a year in taxes to support corporations. Meanwhile, social welfare costs are less than one-third of the cost of corporate welfare.

By 1990, ten corporations accounted for 22% of all profits in the United States. Only 400 corporations controlled 80% of all capitalist assets in the non-socialist world. 49 American banks hold a controlling interest in 500 large corporations. 10 corporations own the 3 largest television networks and 62 [radio] networks.

Are these crimes by corporate America just another product of the greed and immorality of the Reagan administration and its agenda of "free enterprise"? Or are these symptoms of a much deeper problem? It should be readily apparent that fascism was a top-down revolution of the elite. It was the large industrialists that brought Hitler to power in a backroom deal, almost an exact parallel to the candidacy of George W. Bush in 2000 and the special interest money behind him.

Before considering fascism within the United States, an understanding of corporations and how they have evolved to become a menace to our freedoms is needed. Make no mistake that the danger posed by corporations and the almost inherent fascism that accompanies a capitalistic economy poses the greatest threat to the liberty that anyone will ever face in their lifetime. However, most Americans understand little about how corporations became so powerful. They are largely unaware of the past restrictions on corporations that served the nation in good stead. A brief look at past state constitutions and court cases will provide the reader with a background in understanding how corporations were kept in check in the 1800s. It wasn't until after the Civil War that corporations became so prominent and powerful.

In the past, corporate laws held corporations in check-ups until the later part of the 1800s with the rise of the silver and railroad barons. In fact, corporate law evolved along with the emergence of a wealthy elite class. The first large change in corporate law came in the 1880s when corporations were given the rights of personhood. A case dating in the first half of the 1920s required the government to obtain search warrants to obtain corporate files. A decision that no doubt saved more than one profit, monger, supplying arms in WWI and hindered the prosecution of corporations that traded with the Nazis during WWII.

The old adage that "you can't fight city hall" applies in spades to corporations. Almost everyone has experienced changes corporations made without permission to personnel insurance policies, banking accounts, and mutual fund accounts. In effect, corporations control virtually every aspect of life today, including the news.

Today, many senior citizens make monthly pilgrimages to Canada to refill their prescription drugs. Maine has even adopted a law requiring future drug prices must be comparative to those in Canada. Even an Internet site exists to help seniors to obtain their prescriptions through the mail from Canada. Because American drug companies were losing millions in these cross-border sales, the George W. Bush administration banned such sales.

So what is the difference between Canada's healthcare system and that of the United States? If one was to listen to the extreme right and the Republican Party, they are screaming that Canada's healthcare system is "socialistic". Balderdash! The same prescription drugs that can be obtained in Canada for a fraction of the price they sell for in the United States are produced by the very same corporations that are gouging American citizens. If those corporations were owned and run by the government, then it would truly be a socialistic system. But, why the lie? It is simple. Canada chooses to regulate its corporations. We have the same choice--but the right-wing politicians are shills bought and paid for by the very corporations that they are in charge of regulating. It's simply a diversion and scare tactic perfected by the Republicans to scream "communism" or "socialism" whenever anything should threaten their meal ticket.

A good example was the Republican response to President Clinton's proposal to expand Medicare. The Republicans chose Senator Bill Frist of Tennessee to deliver their response. Frist pretended to be just an "old country doctor overwhelmed by regulations". Frist's performance was truly deserving of an Academy Award for best actor as the quote below exemplifies.

"You know, my father was a family doctor for 55 years. As a young boy making house calls with him, I remember his stethoscope, his doctor's bag, and best of all his wonderful and compassionate heart."

Here we have the crux of the problem, regulation. Regulation of corporations is not socialism; when done to promote the common good, it is liberalism at its finest hour. As paper entities, corporations have no rights--only people have rights. Corporations only have conditional obligations to fulfill for the society that created them. It is the obligation of that society in creating a corporation to ensure that it works to the common good and welfare of the society and not just to the benefit of a few moneyed interests. That is liberalism, not socialism. Perhaps, George Soros stated the problem best by saying one cannot have a global economy without first having a global society. By "society," he means a government or other regulatory mechanism.1 The same applies equally well within a nation. This does not imply that corporations are necessarily bad or evil; they are just a tool for any society to better itself. However, left unregulated, corporations can and do acquire absolute power, which leads directly to the fascist state of corporate rule.

Before proceeding further, one needs to understand how corporate law and regulations have evolved. In doing so, many myths commonly held by the hard-right today about the founding fathers will be dispelled. The founding fathers were indeed liberals and did believe in a capitalistic economy. However, they also believed strongly in regulating trade. So much so, that one of the enumerated powers in the constitution granted the federal government is the power to regulate interstate commerce. It is a bald-faced-lie to assume that the enumerated power concerning the regulation of commerce between states only applied to tariffs between the thirteen colonies or that the founders were supportive of corporations.

Corporations first came about in the middle of the 1600s in England when the crown vested governmental authority to certain commerce groups. The royal charters regulated the trading company or corporations since only the Crown had the right to govern trade. The right of the Crown to regulate or control corporations largely went unused, leading to much abuse and monopolistic power. Some royal charters had their own governors and armies such as the East India Company. 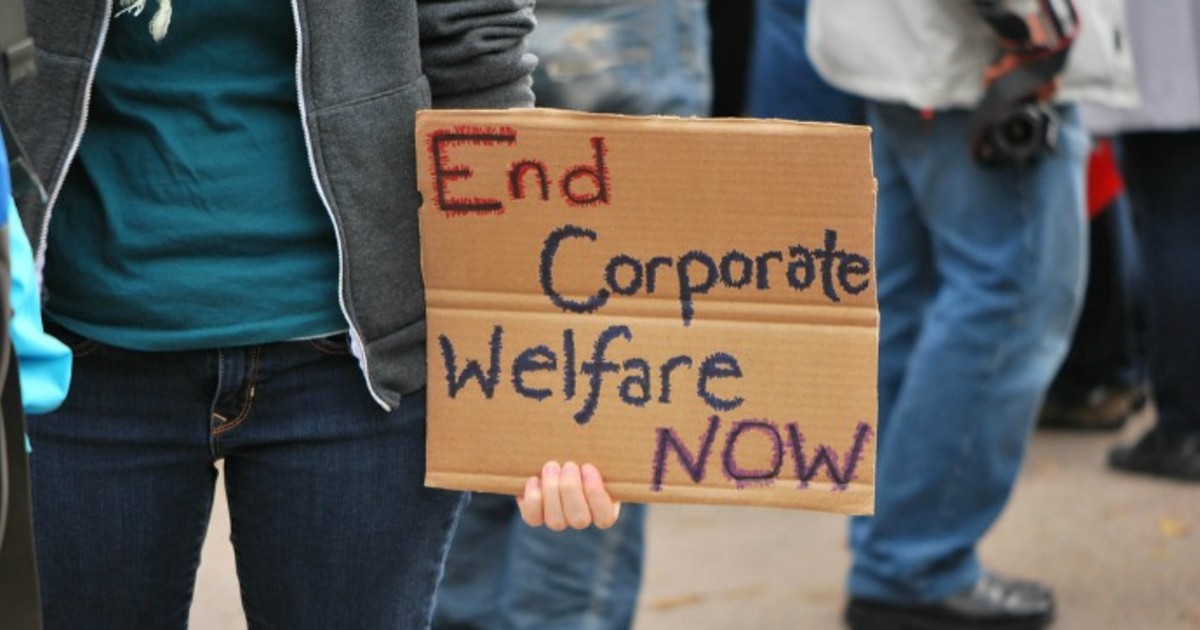