The Story Of Lt Eckberg

"Lieutenant Eckberg took Goring's second baton along with other items and

mailed them to his mother in Chicago. Eckberg remained in Germany. His

mother sold a gold medallion to a jeweler, who then placed an ad. The US

Customs read the ad and recovered the medallion, the baton, and the other

items the lieutenant had mailed home. Many other personal items were

pillaged by soldiers, such as Goring's dagger and sword. However, Lieutenant

Colonel Willard White was probably the most prolific looter at the

Berchtesgaden. He helped himself to a large collection of Hitler's

silverware and crystal items, mailing them home to his wife, the sister of

He wanted to sell it... So I jumped in the car drove an hour and bought a

it. I got copies of the LT's service record, dog tags, bronze star

certificate, and a document signed by COL White mentioned above, and the

the moment is his father's actual medals. He said he'd call me first.

sell the baton or the necklace to jeweler he was just the consigner of it.

to have. The only thing he could afford to pay the customs on was the set of

6 shot glasses....the others were sold over the years... This was the last 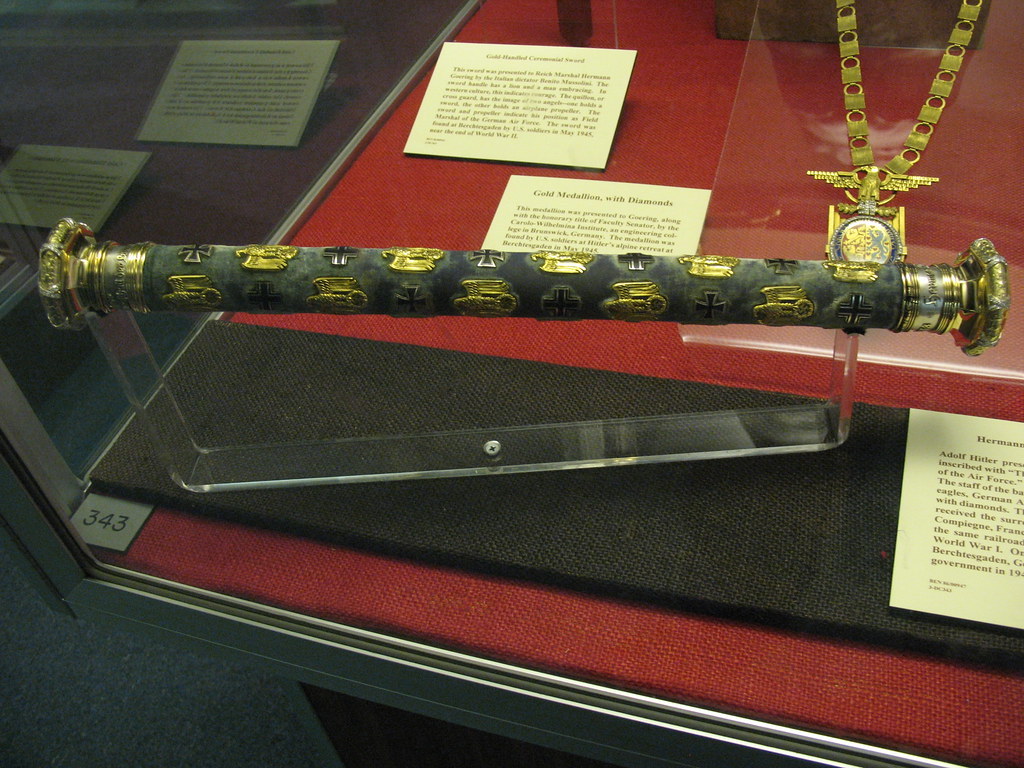