From the streets of Little Beirut

Traitor, the mere mention of the word brings forth images of a greasy figure being tied to a post and offered a last cigarette to await his just fate. No other word in

still despise Judas. For forty pieces, Judas gained a legacy as one of the most despised men in history. No sane individual associates himself or herself with a traitor.

Even the enemy despises them.

So what is a traitor doing in the White House as the Bush Junta prepares for war? Only a regime as corrupt as the Bush junta that voided the results of an election

the news cameras as a patriot. However, that is just what they did in letting Richard Perle lash out against author Seymour Hersh Labeling Hersh as a terrorist. Such

In short, it is censorship. However, Perle’s past leaves no doubt of his guilt as a traitor. Perle was expelled from Senator Henry Jackson’s office in the 1970s for

passing highly classified documents to the Israeli Embassy. Perle has never distanced himself from Israeli causes and may very well be an Israeli agent today.

If this writer may be so bold at the risk of being labeled a terrorist, the real terrorists are Richard Perle and others like him in this administration. The truth is an

antithesis to this administration. It's like turning on a light in a cockroach-infested tenement and watching them scurry across the floor for a hiding place. The truth

cannot be heard about this junta, if it ever saw the light of day, this junta would be facing a world court on charges of war crimes. Thus, journalists such as Hersh,

who has a distinguished career of accurately reporting on events is labeled being labeled as terrorists to silence them. At the same time, the media finds it convenient

There is no reason for a war with Iraq except to seize control over their oil fields. If this administration had any proof of Iraq having weapons of mass destruction it

would have presented it to the UN by now instead all they could present were lies. America’s lapdog Tony Blair cited a 12-year-old report as proof. The Bush

weapons of mass destruction. The lies have only become more ridiculous as the administration frantically tries to justify its war for oil.

Once the war starts do not believe the American media. It’s nothing more than the propaganda mouthpiece for the Bush Junta. While the Bush Junta has made a

large claim that its embedding journalist in combat units, it fails to mention that this embedded journalist must send their reports through a censor first. The truth will

be the first causality of the war. Independent journalists have been threatened with death by the Pentagon.

Veteran BBC war correspondent, Kate Adie has reported that the Pentagon has threatened to fire on the satellite uplink positions of independent journalists in Iraq.

Adie further charges that the Pentagon attitude is: "entirely hostile to the free spread of information." When the question about the potential of fatal actions, a senior

Pentagon officer had said: "Who cares.. ..They've been warned." Another war author Phillip Knightley reported that the Pentagon has also threatened they: "may find

it necessary to bomb areas in which war correspondents are attempting to report from the Iraqi side.

home front picture is even bleaker. Congressmen, Bernie Sanders has introduced the Freedom To Read Protection Act in Congress. This right-to-read bill would

prevent the FBI and Tom Ridge’s Gestapo from forcing libraries and bookstores from revealing what books you read or bought. Under the Patriot Act, reading

an unapproved book can get you arrested for terrorism.

Just a few days ago it was reported that we had reached an agreement with Iraq in suspending intelligence overflights and the U2s would be grounded. In the space of,

a few short days since then ABC News reported last night that Iraq may launch the first attack. The report claimed they had rigged the oil wells to explode, had

moved artillery forward that could threaten our troops in Kuwait. Now how did this administration obtain this information if the intelligence flights had been

canceled? What possible reason would anyone cancel intelligence flights when war appears to be imminent? There is but one reason. Before the announcement of

verifying the claim. The Bush Junta is using this lie as an excuse to launch attacks within days.

What the hell has happened to America? Since when is our military allowed to kill journalists with impunity? Since when are our literary tastes subject to an approval by

the Gestapo? How many more lies are we going to listen to? This is what America has become under the Bush Junta. Like cockroaches, they must hide in darkness.

I will close this article with words written sixty-one years ago in June. The words were written of another bloodthirsty tyrant and are as true today as they were then.

were then taken into a remote desert location and the survivors were executed and buried in trenches with some still barely alive. Still, in other reports, civilian homes

and centers were bombed and shelled sometimes just for sport. Here then are the words of patriots.

instinct. It is certain that today every honest German is ashamed of his government. Who among us has any conception of the dimensions of shame that

human measure - reach the light of day? If the German people are already so corrupted and spiritually crushed that they do not raise a hand, frivolously

trusting in a questionable faith in lawful order in history; if they surrender to man's highest principle, that which raises him above all other God's creatures,

his free will; if they abandon the will to take decisive action and turn the wheel of history and thus subject it to their own rational decision; if they are so

devoid of all individuality, have already gone so far along the road toward turning into a spiritless and cowardly mass - then, yes, they deserve their

Those words came from the members of the White Rose Society. Hitler had them executed by beheading after conviction for treason. The reader will now have to

ask himself if he is going to stand by and let another tyrant murder journalists and writers while he conducts a war for oil. There are only two paths one leads to a

dark abyss of fascism, the other towards freedom and liberty. Which one will the reader choose?

Patriots in America are not waving the flag today.

For more on fascism in America and to support me click here to BUY MY BOOK. 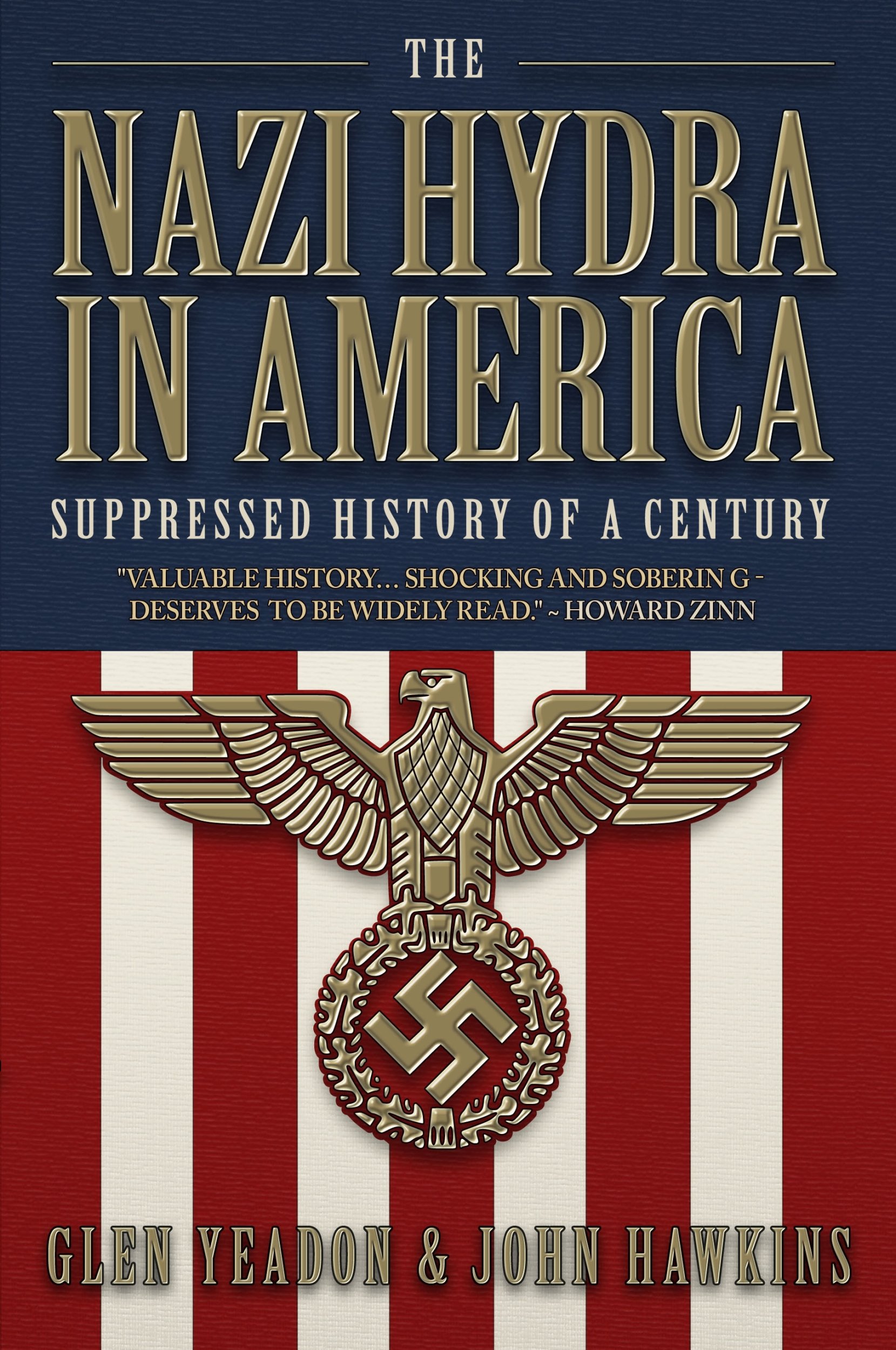