Conspicuous by its silence the CIA owned and influenced media did virtually no coverage of what may be one of the decades biggest stories. Only UPI issued any statement on the CIA's admission that following WWII Hitler's top general in charge of espionage transferred his entire network of thousands of spies and double agents to what became the newly-formed CIA.

What makes this much more than an interesting footnote to history is that the entire domestic and foreign history of the CIA has been molded by these former Nazis whose ideas on Eugenics, race, social control, biowarfare, and propaganda dominate the policies of countless "think tanks" like the Rockefeller-funded Manhattan Institute and have influenced the U.S. government at its highest levels.

During the past five decades, numerous isolated revelations about Nazis imported to America by the Dulles brothers, William Casey and others have broken through the media blackout. These stories usually revolve around former concentration camp guards who hid their identity when emigrating. What makes this different is that General Gehlen was the #1 Nazi in this program. By acknowledging a CIA connection to Ghelen the entire can of worms can now be pried open.

For excellent published works on the CIA/Nazi connection read:

Trading With The Enemy by Charles Higham

The Secret War Against the Jews by Loftus and

For my articles on the connection to Mayor Giuliani and the Bush family see: 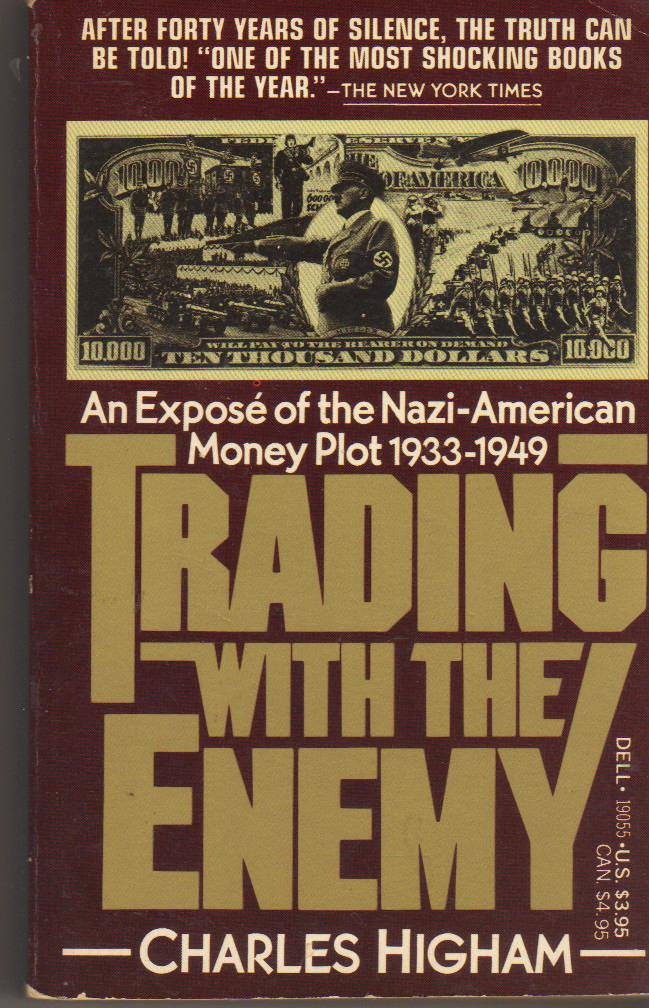