Eric Holmes May, from 1977-1980, I served in the U.S. Substance Corps in the First Cavalry Division, holding positions from private to sergeant. In 1980, I entered the University of Houston Honors College and keeping in mind that there got my bonus as a subsequent lieutenant (December 15, 1983). I finished my degree in Classics (Latin and Greek) in 1985.

After graduation, I went to the Military Intelligence Officers Basic Course at Ft. Huachuca, Arizona, where I stayed for a year chipping away at exceptional tasks for the Director of Reserve Intelligence. In 1986 I went to the Defense Language Institute (DLI) at the Presidio of Monterey, California, where I finished the Russian fundamental and halfway courses. In 1988 I was chosen as a monitor/translator for the Intermediate Nuclear Forces settlement group, and thereafter chipped away at extraordinary undertakings for an insight resource in the space of Washington, D.C. Subsequently, I went to the Military Intelligence Officers Advanced Course in Ft. Huachuca, Arizona.

In 1990 I got back to regular citizen life, showing dialects (Latin, Greek, and Russian) for Houston's Mt. Carmel High School (where I was chosen educator of the year), and serving in the Army Reserves as a specialist on Opposing Forces (OPFOR) regulation and strategies with the 75th Division (Exercise). In 1991, I started to compose commentaries for the two Houston day-by-day papers, the Post and the Chronicle. The vast majority of my opinion piece was about training and general-premium themes, yet twice (after Operation Desert Storm), they were key admonitions. My first key commentary, "Achievement of Desert Storm being judged unreasonably" (Houston Chronicle Outlook, August 12, 1992) depended on my experiences as a Desert Storm volunteer. In it I expressed that, had we attacked Iraq in the wake of freeing Kuwait, we would have wound up in an entanglement like Vietnam. My second vital commentary, "Somalia mediation not as basic as it appears" (Houston Chronicle Outlook, December 3, 1992) prompted that we were committing a major error by going into a generally secret African nation called Somalia — an assessment borne out by later occasions.

In 1993, I turned into the public undertakings official for the 75th Division and went to the Defense Information School in Ft. Benjamin Harrison, Indiana. In 1995 I started another nonmilitary personnel profession as an independent chief speech specialist for some, unmistakable Houston organizations: Texaco, Enron, Compaq, Hill, and Knowlton — you name them. Simultaneously I was the article author for NBC subsidiary KPRC-TV. I keep on distributing opinion pieces in the neighborhood and public media, generally for customers, without my name. I'm what is referred to in the data business as a ghostwriter. 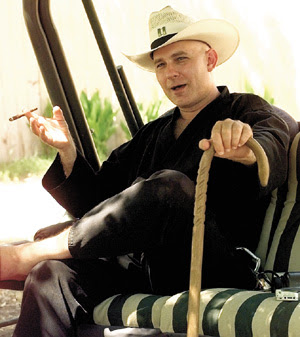