Houston is the home of the now-notorious BP oil company, and its southern petro-suburb, Texas City is home to BP's largest American refinery, the nation's most dangerous industrial site in the last decade.

In the aftermath of the April 20 explosion of the BP Horizon in the Gulf of Mexico, Houston has become the command post of a region-wide government operation. With over 200 coordinators now operating in the Bayou City, and perhaps 10,000 military and police along the Gulf Coast following their orders, it's quite possible that the oil spill has been used as a pretext to prepare the area for a false flag and ensuing imposition of martial law:

The Iconoclast has written of Houston as the nation's top false flag terror target for the last six years, specifying the BP refinery in Texas City as the exact target. Our article of over a month ago maybe the earliest analysis of the BP Horizon event as part of a false flag operation:

"Rush Is Right about a BP Horizon Terror Attack,"

In the article's links, the reader will discover that The Iconoclast has correctly sounded the alert for seven major petrochemical explosions in southeast Texas. Six of the seven alerts were issued after we had received insider reports from frightened BP officials that their upper management was behaving suspiciously. 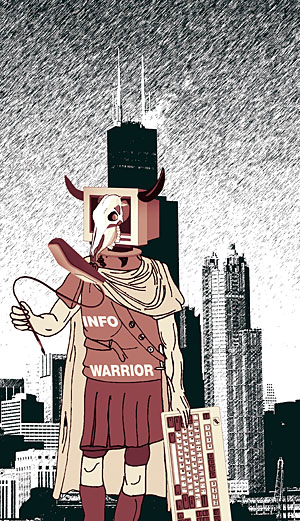