"These reviews originally appeared in the newsletter of the Oregon Library Association, the "OLA Hotline." The idea is to let librarians know what books on and related to Oregon are available, and to give a capsule summary of them..."

I was contacted by the author of Fishing in Oregon and asked if I was still in the review business. For her, I made an exception. I bought a competing guide last year because it had been six years since the last edition of Fishing in Oregon, and boy, could I tell the difference. But my wait is over, as the new edition came off the presses at the start of June.

Fishing in Oregon continues to be a ‘must have’ for almost all Oregon libraries. It is organized by region and then the body of water, with good clear maps showing boat launches. There is information on the type of fish, when and if they are stocked, notes about good bank fishing, and were to ask permission to fish.

Best of all, the new edition takes into account some of the changes in the state’s geography. For example, over 200,000 kokanees left Lake Billy Chinook in 2010 when a fish passage was connected to the Deschutes, and it has become more of a trout lake than a kokanee harbor. Likewise, the removal of dams on the Rogue, Hood, and Sandy Rivers have changed those streams and the fish in them. In other words, even if you have an old edition, you want the new one. Extra attractions are a list of good spots for fishing with kids (and a different list for the disabled), telephone contacts, and record catches.

$29.95. Indexed. Paperback, 400 pages, with many maps and photos. You can order from Flying Pencil, or from Amazon, Barnes and Noble, or I suspect the major library vendors. -Tony Greiner, Portland Community College

Did you ever, maybe just a little, want to, um, do in a less-than-favorite boss? My wife, Barbara Cantwell, was one of Portland’s last bookmobile librarians in the late 1980s, and now she has, well, get away with murder.

Barbara and I are co-authors of Murdermobile, a cozy mystery in which the body of a former head librarian is discovered in the back cupboard of Portland’s diesel-belching bookmobile. Bookmobile librarian Hester McGarrigle, whose overzealous English-teacher mother named her for Scarlet Letter heroine Hester Prynne, teams up to chase clues alongside Portland Police Bureau Detective Nate Darrow, whose New England parents named him for Nathaniel Hawthorne. It’s not War and Peace, but it’s a fun summer read with a literary sensibility whose growing a number of fans love the authentic Oregon settings. Oregon librarians might get a kick out of it, too.

Today Barbara works at the University of Washington’s Suzzallo Library. I’m an editor and travel writer at The Seattle Times, and together we write under the pen name of B.B. Cantwell. Murdermobile is available for e-readers from Amazon.com and the Barnes & Noble website. -Brian Cantwell

Libby, Brian. “Tales from the Oregon Ducks Sideline.” Much better than the standard team biography- this book on the University of Oregon’s football team moves along in short 2-3 paragraph “charrettes”, has good photographs, and actually pays some attention to pre-1980s Oregon football. Libby is a sportswriter for various publications. He skips some controversies (the ridiculous locker room, glossing over recruiting and scholarship violations) and sticks entirely to the football field, but for what it is, it’s good.

Cutler, Robin R. “A Soul on Trial: A Marine Corps Mystery at the Turn of the Century.” Back in 1907 James Sutton, a Portlander from NW Hory Street who had joined the Marines, died on the grounds of the Naval Academy in Annapolis of a gunshot to the head after suffering a beating. His death has originally ruled a suicide, but his mother pushed for hearings that became a national sensation. (For example, the NY Times had 57 articles and six editorials on the matter.) Well praised in David Loftus review in the Oregonian, from which this is cribbed. Rowan & Littlefield, 2007. 400 p. $27.

Berg, Laura. “The First Oregonians” 2d edition. A long-overdue update of a 1991 title. This book has 17 chapters by different authors, covering the federally recognized tribes in Oregon, and general chapters on Languages, the culture of the tribes and pow-wows, art, and how the state’s geography affected the First Oregonians traditional and current lives. Two important reasons to have this book are that, unlike the first edition, it has an index, and second, that it updates the tribal histories to include more information on the “termination” of several reservations in the 20th century, and in some cases, their restoration. It also includes information on the casino boom, and other efforts to create a sound economic base for the tribes. The cover is much better and in color. Unfortunately, the photographs are printed in a mediocre manner, as opposed to the crisper images of the 1st edition, so be sure to keep the 1991 edition if you have it, and (save the time of the reader) put a note in the 2d edition that the first has better photos. For all Oregon Libraries. Oregon Council for the Humanities, 2007, Paperback, 348 pages, index, and bibliography.

— Tony Greiner can be reached at [email protected]

Oregon Public Broadcasting has produced a video, “Oregon at War” that it has been running recently. Unlike many OPB offerings, this one is available for purchase, and at $20, a bargain. I have not seen it, but understand that it has interesting footage and commentary on things such as the Mexican farm-labor “bracero” program, training camps, and other things not normally part of World War II reporting.

de Motier, Beren. “The Brides of March: Memoir of a Same-Sex Marriage.” DeMotier is one of the people who married during Multnomah County’s ill-fated legalization of same-sex marriages. Rebecca Ragain’s review in the Hollywood Star-News says Beren’s book is “accessible and humorous.” As far as I know, the only memoir of this interesting time in Oregon’s history. 147 pages, Pb, $15.95.

O’Toole, Randal. “The Best-Laid Plans.” O’Toole (who lives in Bandon) provides a refreshing opposition to the group-think of the Government Planning crowd. His “Vanishing Automobile and Other Myths” targeted the waste that accompanies light-rail and similar projects. He expands his scope in this volume to criticize excesses in government planning in general. How fresh to see pointed criticism on zoning laws that require dense housing, the myth that light rail leads to development (anyone who has taken the train to the Portland airport knows the barren field at “Cascades Station”); “Smart Growth” plans and other government efforts to control where and how we live. This book is not limited to Oregon but does contain many pages on Oregon, and several chapters specifically on Portland. An essential purchase for academic libraries, and for our bigger public libraries. Cato Institute, 2007. An extensive index and endnotes. $23. ISBN – 9781933995076 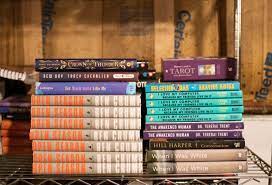