Hello, I'm a senior Java engineer offering 20 years of experience with an assortment of businesses and tech stacks. I'm a viable colleague and a great communicator. I have loads of involvement in planning, creating, keeping up, and improving a wide scope of items. My attention is on quality, viable code with brief significant documentation. Glad to deal with both the worker side and in the internet browser.

I'm a US Citizen, quickly accessible for contracts or to employ full time.

I have 5 years of far off/work from home working experience. I'm searching for gigs with little coordinated groups of other keen/senior engineers. I'm NOT hoping to move from Portland, Oregon.

What is the contrast between 'Trust Me' and 'I have you covered? This is a denunciation ..which signifies 'attempting to make your clan start a better eating routine'. :)

Well in my (30+ years...) of work experience it is the distinction between a 'fatherly' customary male overwhelmed the executives' structure ... what's more, I mean construction (take a gander at your organization chain of command, is it an Egyptian Pyramid?) and a more 'present day' 'light-footed' 'group' structure. Presently those terms are in cities since they are popular expressions and not entirely clear by .. indeed you got it ... our dearest generally WASP MAN-AGE-MEN ...T. What does WASP depend on? Wily/Whitey Anglo-Saxon Persons (Men) my companion.

Alright ... so what's your point? Well ... those (for the most part white) men have framed an organization (the old kid z organization), which is notable and celebrated (in motion pictures like Wall Street..etc) on fairways all over, however which is mysterious and exceptionally old (on account of Masons/Smiths/Companies). Along these lines the titles of 'President', 'Boss' and 'Official' (all acquired terms). Notice the utilization of images and trademarks (star grants or 'we are a family' type messages)?

Know this: Corporations are NOT equivalent to people. They may have the law in their (abundant resources) and they may OWN plenty of government officials. Be that as it may, ... consider the big picture: did you believe Mitt Romney when he said "Enterprises ARE individuals, my companion'? Yuck!

So for what reason did the SCOTUS swallow this bologna? Well since they are the offspring of governmental issues (they are named NOT chosen). Notice the imagery in law courts (challenged, scales. blades, and more swords)? LAW is the weapon of business now and is composed generally by lobbyists and business affiliations, not by us.

I left my past work (run by men) as a result of (what I considered) the paternalism and investigation of 'trust me' the executives. If you feel deceived and looked after, I propose you secure another position as well. I have worked in I.T since 1985 and have had more than 15 positions from that point forward. I trust you have a profession that is as long and as shifted as mine. Give them the finger bitches! :)

The Days Of The Office Cube Are Numbered!

I've been (compelled) to drive (typically via vehicle) to different bosses' workplaces for as long as 30 years and I'm tired of the 'everyday routine'. Here are a few reasons why I think the current 'standard' is unreasonable:

1.Our planet can't uphold this load of individuals driving to and fro to the workplace consistently. The normal American goes through 26 minutes heading to work each day (from 2010 US Census figures) and 38 hours stranded in gridlocks a year!

2. Advances are now accessible that simplifies online coordinated effort and power. I go through my day now on Skype or an organization's home base or talk devices. Apparatuses like Jira and Jive track plan conversations and choices (no more lobby plans!).

3. The workplace climate is awful for your well-being! Not exclusively does the cooling (and warming) normally suck, the absence of regular light can have genuine results on serotonin levels in the cerebrum. The absence of freedoms to escape your block and walk and stretch likewise have solid causal connections to genuine illnesses (heart, back, neck, eyes, and hands). Then, at that point there are those sickening office latrines, entryway handles, and lift catches! Workplaces are a pestilence simply already in the works.

4. IT Managers need to WAKE UP and stop demanding that 'their' representatives should be in the workplace 8 hours per day consistently. It essentially isn't correct! IBM, Dell, and now Amazon and other silicon valley organizations are beginning to understand that a more seasoned and more brilliant pool of laborers are now telecommuting. U.S Govt laborers, I'm worried you're in a tight spot it appears! 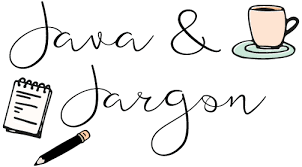