The harpsichord is a keyboard instrument in which the strings are plucked, rather than hit with a hammer (which is the mechanism for the piano, a more recent development). The distinctive sound of the harpsichord creates an almost immediate association with the baroque era.

The earliest references to such instruments date to about 1400. The oldest surviving harpsichords date from the 1500s, by which time the instrument’s complex mechanism had been perfected.

The harpsichord became enormously popular throughout Europe. Notable centers of production appeared in Italy, Flanders, France, Germany, and England. The instruments could vary significantly from each other, with different configurations for keyboards, foot pedals, and hand stops. The cases housing the mechanisms were often exquisite works in themselves, featuring inlays, paintings, and other fine surface decorations.

The plucked strings of the harpsichord have a rich sound whose clarity informs the complex contrapuntal melodies of baroque music. Almost every baroque composer wrote for the harpsichord, as either a solo or a continuo instrument.

Demand for the harpsichord remained steady until the 18th century when it was gradually replaced by the fortepiano and then by the modern piano. The transition was largely complete by the early 19th century. In the 20th century, the growing interest in historical instruments sparked a revival for the harpsichord. 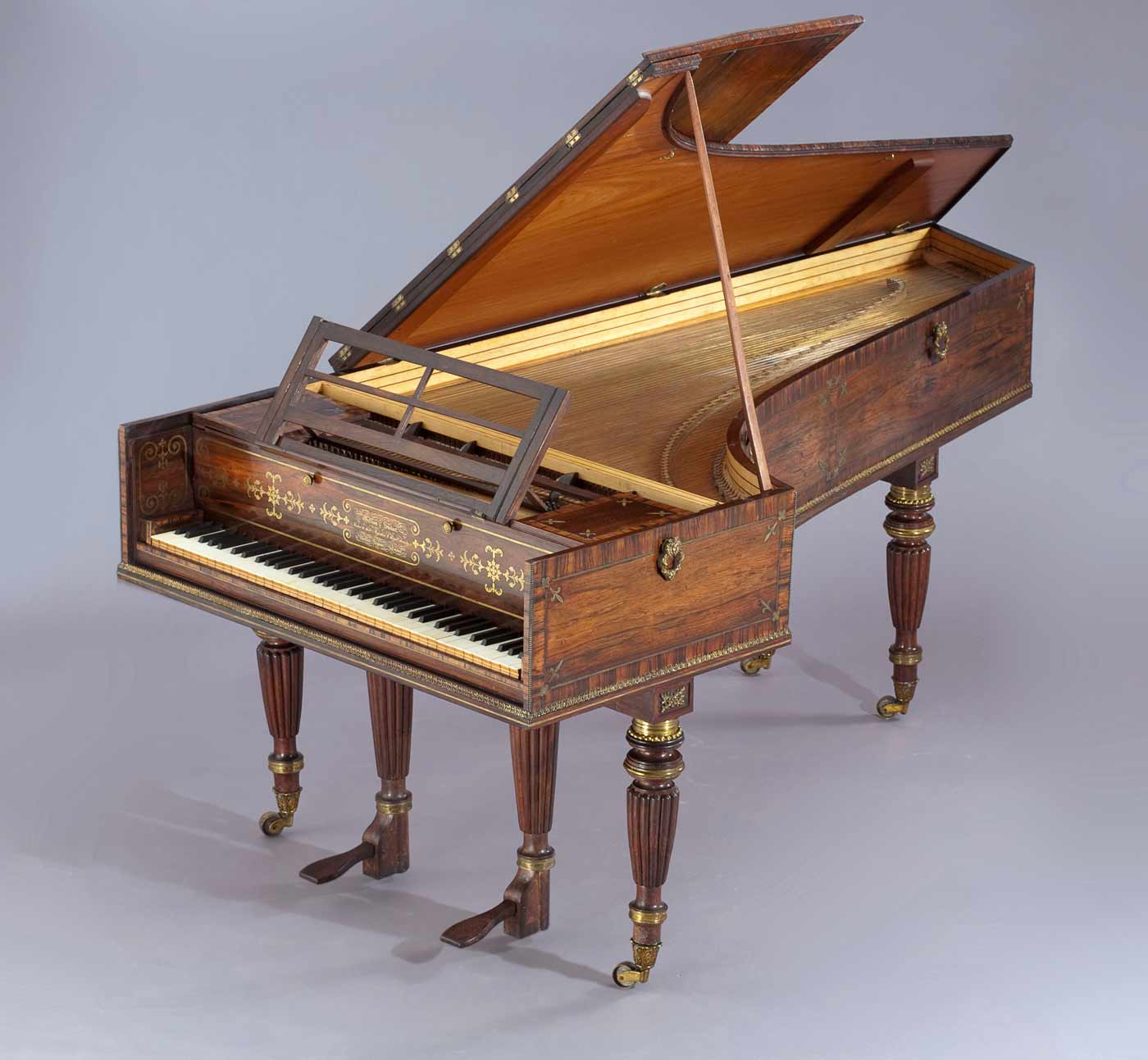