F.E.Olds started making trombones around 1910. Not long after his passing in 1928, the organization presented its underlying trumpets, under the authority of his child, Reginald B. Olds. The most punctual trumpets were essentially called "The Olds". Likewise presented close to the start were the French Model and the Military model. Around 1932 The Olds turned into the Standard model, as the Super and maybe the Special were presented. The following expansion was the Super Recording, with the balance valve bunch like the later Recording, however having a tone ring like the Super. The 1941 list shows the accompanying models and costs: Special $110, Standard $135, Super $150, Super Recording $175.

Here's a connection with Consumer Price Index information which can be utilized to change these costs over to current dollars. In 1999 dollars the reach is about $1,243 (Special) to $1,978 (Super Recording)

Olds delivered around 800 horns every prior year of WWII, and maybe 2000/year following the conflict. Not long after the conflict, they presented the enormously effective Ambassador line. Creation quickly expanded to around 10,000 horns every year and sped up to around 27,000 per year before moving to Fullerton in 1955.

Numerous individuals accept that the Ambassador stays the best understudy trumpet (or cornet) at any point constructed, equaling numerous cutting-edge expert trumpets. It is an exceptionally open, responsive horn with extraordinary pitch, incredible tone, and awesome valves. In any event, one architect and manufacturer of custom trumpets starts each horn with an Ambassador valve segment. He professes to have dismantled and worked on essentially every brand of horn available, and discover the Ambassador valves to be the most dependable, inconvenience-free, smooth-playing valve segment at any point made.

As indicated by an email message posted from Zig Kanstul, the models of trumpets made by Olds in the last part of the 1940s, 1950s and 1960's all were made with a similar ringer mandrel, to similar details - from the Ambassador right to the Mendez. (albeit a few models utilized various materials). The lone exemptions were the Opera (which had a bigger bore) and the Custom. As indicated by another previous Olds fashioner, Olds was a "one resilience shop" - as such all models of horns were made to a similar resistance. Specifically, it is said that this was valid from the Ambassador trumpet right through the Mendez. The Ambassador and Mendez were planned at generally a similar time and were expected to be a similar horn (in any event, utilizing a similar metal, with a similar thickness of metal), made to similar resiliences. Kanstul appears to recall that the Ambassador may have had an alternate lead pipe. Yet, for the individuals who are not put off by the way that the Ambassador was an understudy model, there are some genuinely incredible horns accessible at deal costs!

Strangely, while the first in class cost stayed consistent somewhere in the range of 1941 and 1962 (the 1962 Mendez is evaluated indistinguishably from the 1941 Super Recording in swelling changed dollars), the steady dollar-cost for the upgraded Special dropped about 25%, and the Super (apparently similar plan in the two years) dropped about 15%, as they endeavored to address a more extensive range of target markets. The 1962 Studio is evaluated indistinguishably from 1941 Special, inconsistent dollars.

In 1947, Foster Reynolds offered his organization to Roth and came to work at Olds. One of his first activities at Olds was the plan and presentation of the Ambassador models. Reynolds was viewed as one of the VIP instrument creators in the country and was answerable for the presentation of a considerable lot of the best Olds trumpets and cornets. I'm informed that Zig Kanstul had such high respect for his guide that he named one of his children after Mr. Reynolds.

See ElShaddai's site The Contempora Corner with chronicled data on F. A. Reynolds and his organization.

In 1952, Mr. Reynolds carried Don Agard to Olds. Wear proceeded at Olds until the plant shut in 1979, at which time he was the senior supervisor of the plant.

In 1953 the organization was joined by a youthful Zigmant Kanstul. He took in the craft of metal instrument working at Olds from the incomparable F. A. Reynolds, who filled in as plant manager during this period. At the point when Reynolds died, Kanstul accepted the authority of the plant and stayed at Olds Fullerton until 1970. more information, and even more data When Foster Reynolds died, Zig Kanstul took over the authority of the plant from his guide.

Creation vacillated in the last part of the '50s, at that point sped up to very nearly 50,000 Olds horns a year during the '60s and proceeding into the '70s.

Around 1964, Olds and Reynolds were procured by Norlin Music. They started making parts for the two brands of horns in the Fullerton plant under their different marks. Before the finish of the 60's Olds and Reynolds were creating two independently marked lines of almost indistinguishable horns. So the Fullerton plant was creating the 50,000 Olds horns a year as well as parts for roughly 10,000 more Reynolds horns a year. Some Reynolds creation had been moved from Cleveland to Abilene Texas, perhaps to an office, Norlin had gained from Caldwell Products. (Because of Jeff Mansfield for this data). The Fullerton plant was creating Reynolds parts and transportation them to Abilene for gathering.

As per Robb Stewart's article, quality started to endure before the finish of the '60s because of the great creation rates and Norlin's accentuation on mass-delivered, high-volume understudy model horns. In 1970 Zig Kanstul left the organization to become supervisor of the close by Benge plant. Nonetheless, Olds's creation proceeded at an energetic speed until 1979 when Norlin halted the creation of both the Olds and Reynolds product offerings. Probably the declining quality along with solid contest from Yamaha, Selmer/Bach, Conn, Holton, and so on left the organization unfruitful. 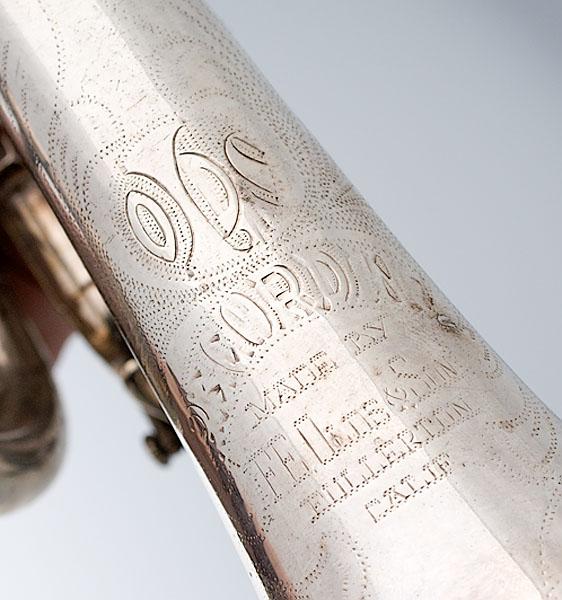