Major Note! There is now a new version, reflecting all of your input. Thanks!

Before going any further on this page, I'd like to thank ION Storm, Warren Spector, for the good news that Thief will continue.

I'm sure I've had moments as happy as this, but can't remember when off the top of my head. I hope my storyline won't become

obsolete, but if Thief 3 does take a differing direction, I guess we could say my story takes place in an alternate reality ...

* The ever-resourceful 'Apache' got all the way up on top of the guardhouse and peered down on the grounds below. There's nothing there. Actually, there's no harm done. It must have been quite a feat to do that. A challenge in fact. He sent me some screenshots, and I've included them here for you. In fact, I kind of like this so much that I did remove the vine arrows from the cold storage room but then put them in the guardhouse hall, so anyone who wants to go back and climb the guardhouse for kicks ... can. OK ... I dare you!

* A note of interest on the god's sword Shieldbreaker. Did you notice that if you change weapons with one of the familiars nearby, the flame moves from you to it, then back again when you pull the sword back out? This only works if you change weapons. The rationale here is that as long as Shieldbreaker has your undivided attention, it does not need to see outside the scabbard. Change the weapon, and it does want to see what's going on ... so it shifts its watchful eye to a familiar.

Although Stronghold is tight as a drum, and that tight drum is pounding ((a little joke for those 'familiar' - oops, there's another one - with Stronghold already)), I still crave input on any flaws that are found. Here's a brief list of things one might think are flaws but aren't. You'd just need to get used to my style to know these ...

* Often, I throw in details that are meant only for realism in that world for the in-game characters. You might want to do something with them, but for reasons of 'getting on with it, I left it simple. Also, the terrain might be inconvenient, but then so is in real life. Any cavers or mountain climbers out there?

* The story takes a somewhat different, and decisive, step in a direction I believe could be hinted at after completing T2. Although it may or may not jive with other FMs, I'm happy with the story concept.

* It is written to encourage you to save and come back to AI locations over and over again, either to play with your inventory ((there's plenty of it)) or watch the AIs play with each other again. The AI fights are not choreographed. They will have different outcomes each time you watch the sequences. Try interacting with the fights a little, or not. Lure a mechanist into battle with a wandering hammer haunt ... you get the idea. I did something like that in Benny's Dead by luring two little family creatures into a building full of cops ... and said let the fun begin! Thanks again GBM.

That's all I'll say on the subject. You get the picture. 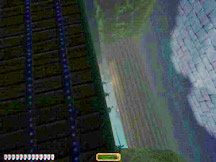