The Personal Nightmare Of A Man Falsely Accused Of Rape

A victim of the feminist state

I have recently received more bad news and this nightmare I find myself in just doesn't want to end. I already have served over four years in prison for a so-called date rape I did not commit. A crime I was convicted of with absolutely no evidence, only my word against my accuser's.

I escaped from prison once and received additional prison time. I view my escape as fully justified because I feel I am a political prisoner in the feminist-controlled state of Oregon. Now, to add insult to injury, the Oregon Parole Board added 2 years to my prison term because I refuse to fully "confess" to a crime I did not commit and volunteer to enter "treatment" at the maximum-security Ward 41B at the Oregon State Mental Hospital for violent sexual deviants and predators.

In January 1995 I filed my commutation papers with the Governor of Oregon to commute my prison term. My accuser was a former mental patient, drug addict, alcoholic, who had a history of falsely accusing men of sexual abuse and was falsely accusing me in order to file a 1 million dollar lawsuit (against an alcohol treatment center).

The judge overseeing my trial ruled that all this evidence could not be used in court because it could embarrass the "victim," even though the only evidence of any crime was her word against mine. The Governor of Oregon has yet to rule if over 4 years out of my life is enough punishment for a crime I did not commit.

To make a long story short, I have rotted in prison for over 4 years because according to "feminist law" when a woman accuses a man of rape you cannot question her about her accusation or motives, even when there is no evidence of a crime. The so-called justice system is rigged to ensure a conviction.

I was sentenced to serve 10 years in prison solely on the word of a deranged woman's accusation, who, in the past, told one of her many psychologists that she hated men and wanted to get back at them. This time, with the help of the local Rape Crisis Center where she was coached on how to act like a real victim, she succeeded in her demented revenge.

In 1990, a few months before my first prison break, I went in front of the "old" Parole Board to determine how long I would actually spend in prison. Also in attendance were my so-called "victim" and her buddy from the Rape Crisis Center. I was allowed to present the Parole Board with all the evidence that was not allowed in my trial. They deducted 6 years from my prison term and declared:

Shortly after this hearing, I escaped from prison, only to be recaptured 18 months later and given more prison time. I have now asked the Governor to release me from this continuing nightmare.

It is now 1995 and I should have been paroled from my unjust conviction and starting to do my 14-month prison term for the escape. However, the Parole Board in Oregon is "new and improved," reflecting political changes here in Oregon. The Parole Board now has only 3 members, 2 women, and 1 minority male. White males are no longer allowed to serve because this would be considered sexist and racist, even though the Oregon prison population is 70 percent white male and only 5 percent, female.

One of the new members of the Parole Board even runs a Rape Crisis Center herself in Hillsboro, Oregon, when she is not giving men additional prison sentences to serve. Not that she would have any bias against men. Yeah, right.

A few weeks after I filed commutation papers with the Governor's Office, the new Parole Board retaliated by ordering that before they would parole me I must pass a State Psychological Exam to prove I am not a "danger to society." Well, I took their damn State Psych test and passed it. My father hired a psychologist from the streets and I passed his psych test, also. I went to see the Parole Board again on April 6, 1995 and presented them with these 2 positive psych evaluations, my college degree completed in prison, my excellent prison conduct (besides escape), and an outstanding "parole package" stating I had a job waiting for me and a place to live. My attorney was positive I would receive parole. The Parole Board would have no reason to deny it.

Think again. Not only did they deny it, but they added two years to my prison term. They stated that even though I had 2 positive psych evaluations, they did not have to consider them, and ruled that I: "(have) a severe mental and emotional disturbance that predisposes him to violent crime rending him far too dangerous for the safety of the community." Parole denied!

They had come to this conclusion with absolutely no evidence or anything that would suggest I am a "danger to society" and should remain behind bars. They also stated that in 2 years I will come in front of them again to see if I still have a "severe mental and emotional disorder" and should be given more prison time. I told the Parole Board I was done with them and would not see them again.

Because I refuse to confess to something I did not do, show "remorse" and apologize to my so-called "victim," and because of my pro-male activism in prison, my research into false allegations of rape, my organization -- S.A.F.A.R. -- and my outspokenness against Oregon's feminist movement, I am evidently to spend endless more years in prison. Does Oregon's Parole Board have no ethics, morals, or any sense of right or wrong? Or are these words totally foreign to feminists?

Another reason for my denied parole and continued imprisonment is that Oregon is in the middle of a huge prison expansion, with new prisons being built, and the Parole Board has expressed a desire to double Oregon's prison population from 6,000 male inmates to over 12,000 male inmates by the year 1998. It would seem that I've been caught up in Oregon's prison boom industry and its desire for more warm, male bodies to fill their prison beds.

Seems like the only hope that I'll find any sort of justice soon is through the Governor's Office and if the Governor sees that a terrible injustice has been done and commutes my prison term. The last time the Governor's Office commuted an inmate's prison term was about 6 months ago when a woman walked free after serving less than 2 years for murdering her boyfriend, who she claimed hit her. If any readers would like to write to the Governor on my behalf you are more than welcome to, and I would really appreciate it.

And if anyone would like to contact me about my research, my activism, my case or would like to be put on the mailing list for the BI-monthly S.A.F.A.R. Newsletter, they can write to me (use first-class mail) at the address below.

This added prison time hasn't whipped me in the least. Nor will I ever allow these wannabe Nazis to castrate or brainwash me. No matter how many more years they hold me, hostage, to this hell. They will never break me and I will walk out these prison gates with my head held high, knowing I have done the right thing by not "confessing" to something I did not do!

I'm more determined than ever to fight the hate-filled propaganda against men, the Feminist Stormtroopers in Oregon, and their weak, bootlicking male allies. The whole feminist philosophy is based on lies about men and manhood. Feminism has no foundation, it will fall and hopefully soon. You can believe that I, for one, am going to help stamp out the virus that is the modern-day feminist movement. 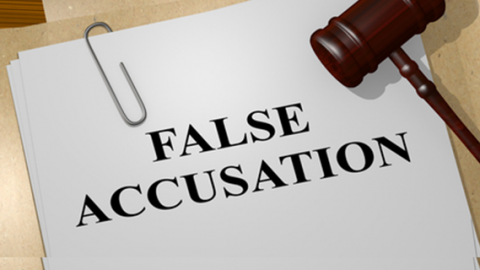