Though Farwell claims to be a scientific pioneer, one look at his website is enough to raise doubts. The site ripped from the ’90s, offers a mix of news reports, links to scientific publications, and videos of Farwell doing kung fu.

On his site and in media appearances, Farwell’s claims about Brain Fingerprinting often sound more hard sell than hard science. He describes Brain Fingerprinting as a “new paradigm in criminal justice.” He claims to have done hundreds of tests with results topping 99% accuracy.

In August of 2019, I traveled to New Zealand to watch Palmer and his team of researchers at the University of Canterbury try and figure out if Farwell was the real thing.

The P300 refers to a strange phenomenon discovered through a series of experiments beginning in 1965. Researchers would ask test subjects to listen to a series of “beeps” interspersed with an occasional “boop.” Roughly 300 milliseconds after a boop, an EEG machine would register a spike in electrical activity in the brain. Initially, it wasn’t clear what this spike meant; many researchers believed it signaled surprise. But they began using different kinds of stimuli, like words and pictures. The electrical activity — known as a P300 — would appear every time a stimulus was presented, even in the brain of a paralyzed person.

This got Farwell thinking. Maybe, he figured, the P300 could also be used to detect information that was not just significant but concealed. A murderer might respond to a picture of a deadly weapon, for instance. A cheater’s brain might do the same if shown the name of a secret lover. If he was right, he might be able to develop a way to identify spies and serial killers. “If someone has committed a crime, they know everything about that crime,” he told me. Now, he just needed an experiment to find out if he was right.

Inside a University of Illinois lab at the time, Farwell began a series of experiments that would form the scientific foundation of Brain Fingerprinting. To register subjects’ brain signals, he would hook them up to cloth headsets lined with electrodes and cabinet-size amplifiers. He wrote an algorithm, a testing scheme, and recruited four undergrads for the first trial of the technology that would consume his life.

Each of the undergrads had to come prepared with a story of delinquent behavior — stories that at least approximated the kind of real-life crimes he’d later investigate.

The volunteers watched as a series of phrases flashed across a computer screen. Some of the images were culled from the subjects’ stories of delinquency, meant to trigger a P300. The other phrases were from other students and were meant to guard against false positives and false negatives. The goal was to match the story of delinquency with the undergrad to whom the story belonged.

The initial results were promising enough that Farwell and Donchin brought in another 20 volunteers. The second round, Farwell says, was just as successful.

The study that emerged from Farwell and Donchin’s experiments — “The Truth Will Out,” published in 1991 in the journal Psychophysiology — was groundbreaking, recalled William Iacono, a psychophysiologist at the University of Minnesota who has studied lie detection for 40 years. Donchin and Farwell claimed they’d gotten no false positives, no false negatives, and only a handful of “indeterminates,” or results without enough accurate data to make a match. In every other test, they made a correct match with accuracy levels that topped 90%.

It was remarkable, Iacono said because the researchers had managed to link the P300 to the detection of concealed crimes.

Farwell was confident that he could use his technology in other active cases, and an early 2000, he launched a website promoting his technology, “Farwell Brain Fingerprinting,” which he called “revolutionary.”

His second big case came a year later with Terry Harrington, who was serving a life term for the 1977 murder of a security guard at an Iowa car dealership. Harrington had always claimed that he was innocent, and an acquaintance reached out to ask if Farwell could help. If Harrington produced no P300s in response to evidence from the crime, the theory went, this would exonerate him.

In Farwell’s telling, this new venture seemed to vindicate all those years of struggle: He’d never been able to convince American counterterrorism officials — or any government agency, for that matter — that his technology was so effective it should be used consistently and systematically.

I asked Farwell if he thought Palmer and his team might help achieve what he hadn’t been able to in the United States — mainstream Brain Fingerprinting. “I wouldn’t say that we failed in the U.S.,” he told me. “We’ve made substantial progress. It’s taken longer for it to become widely established in the United States. But we’re still engaged in that process.” 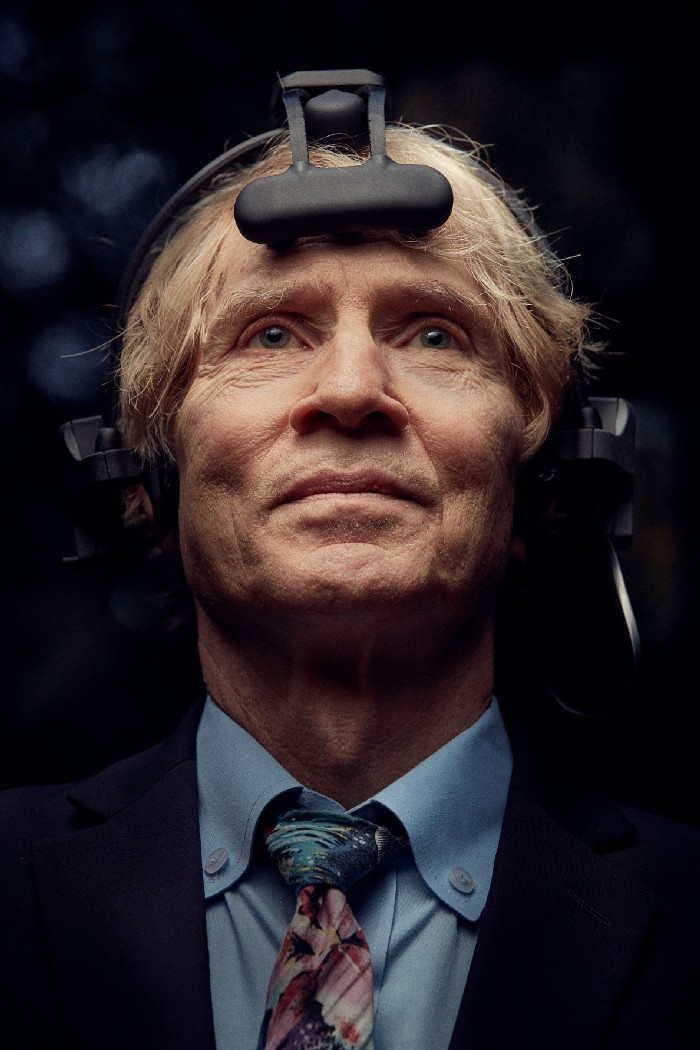