In the award-winning radical feminist play by Eve Ensler entitled The Vagina Monologues, a 24-year-old woman plies a 13-year-old girl with alcohol, then sexually seduces her. By statute and by feminist definition, this "seduction" is rape. Yet, from the stage, the little girl declares, "Now people say it was a kind of rape ... Well, I say if it was rape, it was a good rape..." The reference to "good rape" has been deleted from some performances but the surrounding language makes the rape’s goodness clear. For example, the little girl eulogizes her orgasm:

"She gently and slowly lays me out on the bed..." She gratefully concludes, "I’ll never need to rely on a man."

In the past year, a nationwide endeavor has been underway to have the play performed on every college and university campus. After it was staged at Georgetown University, Robert Swope – a bi-weekly contributor and a token conservative voice for the student paper, The Hoya – asked a question in his column. Swope wanted to know, "Is there such a thing as a good rape?" The column entitled "Applauding Rape at Georgetown: Vagina Monologues In Its Second Year" was scheduled for late March. The editors yanked it before publication. When Swope complained, he was dismissed from the paper for showing "disrespect." Editor-in-chief, David Wong explained that Swope’s "ridiculing [of] the women’s studies program and condemning the women’s the center creates the appearance of some personal vendetta..."

A few months earlier (10/19/99), Swope had published a column entitled "Georgetown Women’s Center: Indispensable Asset or Improper Expenditure." He opened with the question, "What do you get when you glorify...the rape of a minor, promote lesbianism, insult heterosexuals, and attack men? Answer: An event by the Georgetown University Women’s Center." Swope remarked upon how faculty from the Women’s Center had reacted to a presentation of the pro-rape Vagina Monologues by giving it a standing ovation. An odd reaction has given that one of the Center’s primary purposes is to support women who have been raped. Swope called for the Center to be disbanded.

Elsewhere, Swope asked, "why is rape only wrong when a man commits it, but when it’s by a woman committed against another woman, who just happens to be 13-years-old, it is celebrated and a university club sponsors it?"

A flurry of letters in The Hoya excoriated Swope. A female professor associated with the Center declared, "such a viewpoint does not represent a legitimate contribution to campus "debate." Another woman called Swope’s well-reasoned piece "hysterical" and "scurrilous," containing statements that "breed hate and fear." Yet another woman called The Hoya irresponsible for printing such criticism.

Then, in an unrepentant column entitled "Intellectual or Political Pursuit" (02/11/00), Swope called the Women’s Studies program "another arm of the feminist movement" that aims at transforming "American colleges and universities into ideological indoctrination camps." Among other examples, he pointed to the program’s newsletter (Women’s Studies News, February-March 2000) that advertised openings in Hillary Clinton’s campaign for Senate. He called the advertisement "left-wing political advocacy funded by an institution [Georgetown University] that isn’t even supposed to be in the business of politics." No less a personage than the associate dean felt it necessary to shoot down Swope’s claims.

Swope’s dismissal from The Hoya is not the first time he has critiqued the GU’s administration on the issue of censorship. The periodical Campus (Spring 1999) featured an article by Swope entitled "Administrators, Student Leaders Willing Co-conspirators in Georgetown Theft." He described an incident in what seems to be a series of attempts to stifle conservative opinion at this Catholic university. On October 8, 1998, over 2,000 copies of the conservative student journal The Georgetown Academy were stolen and, presumably, destroyed. The Academy had criticized the university’s pro-gay "Safe Zone Program" by which pink triangles – reminiscent of those worn by gays in Nazi concentration camps – were to be hung on dormitory and office doors. When a similar program was conducted at Carnegie Mellon, a resident assistant who refused to co-operate was dismissed.

Although The Academy asked a campus group for gays and GU’s President O’Donovan condemns the theft, neither party responded. The same was not true of The Hoya that openly applauded the thieves in an editorial (10/16/99). Or of The Voice, GU’s weekly newsmagazine, that accused those at The Academy of being "heterosexual extremists." The President finally condemned the "alleged" theft...after feeling the pressure of the national media and when threatened with a forthcoming letter from the Student Press Law Center (Arlington). The Law Center advised him to support First Amendment rights on campus, an issue that has become litigious in the last few years.

Alan Charles Kors, who co-authored the book Shadow University, The Betrayal of Liberty on America’s Campuses, commented on Swope’s dismissal from The Hoya. Kors called it a common scenario with student newspapers. "A paper solicits its token conservative columnist, and then when he speaks his honest mind, the editors run for cover." According to a March 28th press release from the Georgetown Ignatian Society, The Hoya is receiving prominent criticism for Swope’s dismissal. William Peter Blatty, an alumnus, and author of The Exorcist sent a letter-to-the-editor which read, "With all that the demon says and does in my novel, never until I read of The Hoya’s and Leo O’Donovan’s support of The Vagina Monologues, and their suppression of Robert Swope’s the article, have I truly appreciated the meaning of the word "obscenity." According to Swope, however, not one member of the faculty has commented.

Meanwhile, the editors are suddenly explaining the dismissal by referring to hitherto undisclosed factors, such as Swope’s lack of timeliness. Of course, the firing had nothing to do with passages from the suppressed article that described audience reaction to The Vagina Monologues. Along this vein, Swope wrote, "Like clap-ridden sailors in a Southeast Asian strip joint, the mostly female audience who attended the monologues hooted and hollered, laughing and clapping at just about every piece presented, including this perverted one entitled "The Little Coochi Scorcher that Could." The latter is a reference to the drunken 13-year-old who calls her genitalia "coochi snorcher." Nor could the firing possibly have anything to do with the article’s renewed call for an end of funding to the Women’s Center which should be made to "exist or not in the marketplace of ideas without subsidy."

In the final analysis, however, this sad situation on the Georgetown campus is cause for encouragement. At least, the words "First Amendment" have been spoken and some prominent voices think something is amiss.

Wendy McElroy is the author of The Reasonable Woman. 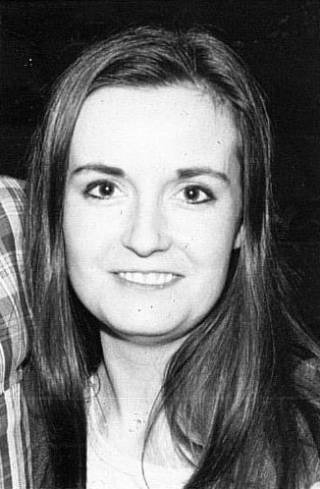