Feminazi Comparisons To The Third Reich

"The Third Reich was meant to last for a thousand years. Fortunately for humanity, it lasted considerably less than that. Nobody would deny that this attempt at Utopia cost the human race dearly. It is surely one of the most shameful episodes in human history, but if we look at it in comparison to what is happening now, we can not only see the parallels but we see that the Feminazi nightmare exceeds it.

Nazi ideology, like most ideologies, saw history as a long catalog of their oppression. Their future was seen as a crusade to restore their glory. Feminazi 'Herstory', political correctness, and 'Women's Studies' expound this same 'truth'.

The Nazis regarded German Aryans as the master race. Feminazis regard women as superior beings with superior human rights. They have now enshrined these 'rights' in International Law.

The Nazis regarded certain human specimens as impediments to their goal of human improvement; they called them "Lebenunwertesleben." Life unfit for living. Feminazis regard unwanted children and men as an impediment to women's liberation.

In their effort to exterminate the unwanted the Nazis initiated a Holocaust, which wiped out 11 million people, six million of them Jews. The Feminazis have helped initiate a Holocaust that has wiped out 30 million unborn babies. The numbers of men destroyed by suicide, imprisonment, false allegations, and domestic violence are not even recorded.

Nazi ideology arose from 19th-century romanticism, which was a response to dislocations produced by modernization. It opposed soulless rationality and attempted to replace it with sentimentality, fantasy, and the emergence of the spirit.

Post-modern feminism comes from exactly the same place, except that they see women rather than 'volk' as the manifestation of this spirit. Psychodynamically, what is most disturbing about this is that the Feminazis are much closer to the source of this terrible, primitive power than the Nazis were.

The Nazis infamously burned books whose message they did not agree with. This is echoed currently in the difficulties authors whom feminists do not like face in getting published, and once published, getting their books distributed and sold. Even letters and articles from a men's perspective are rarely published in newspapers and magazines

Nazi intolerance of dissent was total. Feminazism does not allow internal and external criticism.

The Hitler Jugend (Youth) were encouraged to report on teachers and parents who were not loyal to the party. Feminazism uses the education system and youth services as tools of the movement.

The Reichstag fire was a pretext for not only suppressing the opposition but for suspending all constitutional and civil rights. Feminazism uses domestic violence, sexual harassment, date rape, and child abuse accusations to destroy the civil rights of men.

The Nazis invaded the lands to the east and the Baltic States partly on the pretext of liberating oppressed Germans. Feminazis from the west are focusing on the "genital mutilation" of women in various African countries; the need for Islamic women to be liberated from their patriarchal oppressors and the need for their Latin American 'sisters' to be freed from their economic and cultural oppression.

The Nazis were not above alliances with any other 'inferior' nation or race when it suited them. The Feminazis have entered into coalitions with homosexuals, blacks and 'civil liberties and environmental organizations." 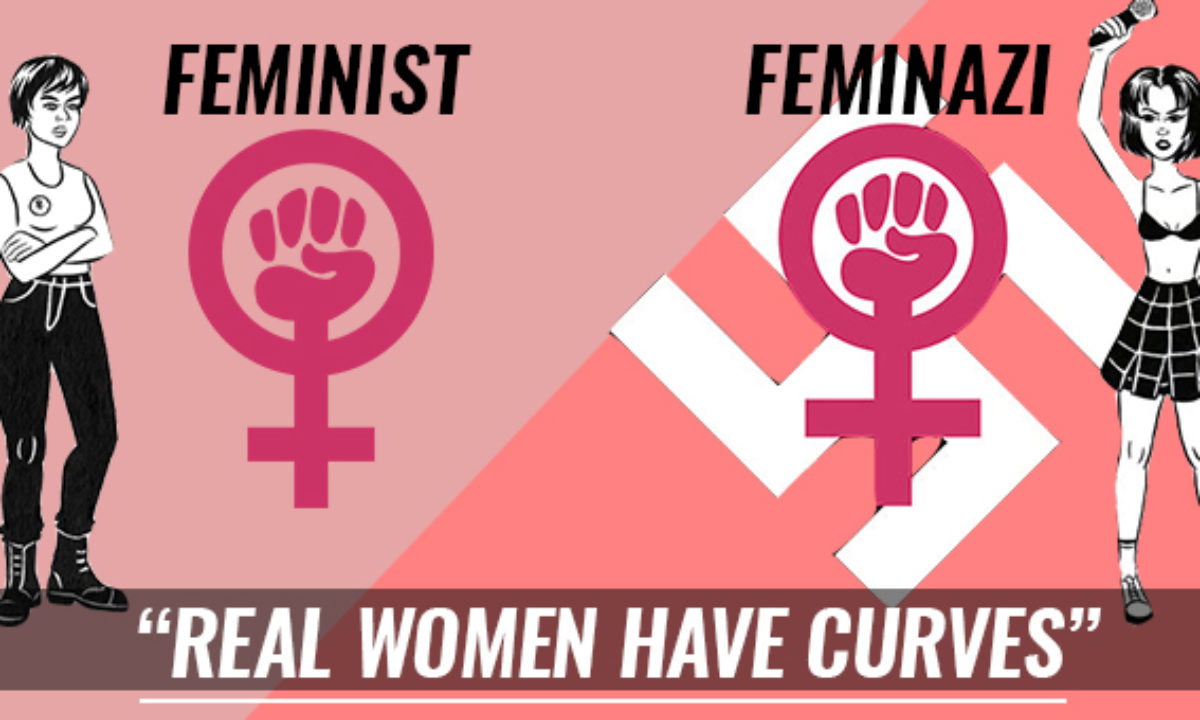