• She has become overly critical and angry; you can no longer do anything right.

• She hits and throws things. This behavior should not be looked upon as "funny" or "cute." It will only get worse. And you will likely be the one arrested should she decide to call the police when such is occurring.

• She has filed domestic violence charges or taken out restraining orders for abuse in the past against previous partners. Sign of a perpetual victim. It takes two to tango and one cannot help but wonder what the other side of the story was. Don't be so quick to assume that these "abusive" men in her past were the culprits.

• She claims to have been in many "abusive" relationships in the past. Again, a sign of the eternal victim. Do you wish to become another name on her list of perpetrators? You probably will be. Ask yourself what it is about this woman that causes her to embrace victimhood?

• She has never had a serious relationship with the father of her child(ren). All biological fathers are long gone and her children may be estranged from her as well. Her mother, in keeping with feministic, matriarchal traditions, may also have been a single parent. This woman does not value men, marriage, or fatherhood.

• She has had drug or alcohol problems*. Social pitfalls with a high rate of recidivism - it's likely that these problems are continuing if she's had them in the past.

• She has had a hysterectomy. She has had the equivalent of male castration. She is hormonally imbalanced and behaviorally unpredictable.

• She was happily married for years, and then divorced about the time she entered menopause. If he could no longer stand her, can you?

• She has entered her late thirties or early forties without being married or establishing a long-term relationship with a man. Why is this?

• She treats men superficially. Look for a history of short-lived or one-night stand-type relationships. This woman finds herself constantly rejected and feeling "used." She is not capable of forming meaningful or lasting relationships and blames everyone but herself for her dejected state.

• She is in her adolescent or teen years. A very high number of false accusations of rape and sexual abuse are made by women in their teens and early 20's. Members of this age group are often emotionally immature and behaviorally unpredictable. Such a woman may not have had a chance to develop a strong set of ethics and values and will think nothing of falsely accusing you or turning you in for a statutory offense (even if she was the one who came on to you). She may do this for amusement, for spite, to cover up her own behavior, or for any number of self-serving motives. Also beware of "date rape" from college women - these women, probably more so than any other group, are highly enthusiastic about this topic.

• She has an eating disorder*. Common among women today. An individual's personality is severely affected by physical hunger, leaving them weak, irritable, and without concern for others. Many who suffer from eating disorders also suffer from BPD. Aside from signaling a personality that is self-centered, imbalanced, and insecure, there is a more pervasive danger lurking here: for survival reasons, those who physically hungry are biologically driven to prey and kill.

• She has chemical and physiological disorders*. These may include such disorders as thyroid problems, manic depressive illness, endogenous depression, post-partum depression, schizophrenia, sexually transmitted diseases, and Munchausen's Syndrome by proxy.

• She has a borderline personality disorder (BPD)*. Most sufferers of this Dr. Jekyll/Ms. Hyde phenomenon is female. Given that many male batterers of women suffer from BPD (Dutton, 1995, p. 140-155 Gelles, 1997, p. 80) and that the majority of BPD cases involve women, BPD is certainly heavily implicated in female violence against men.

• She has the characteristics of a psychopath*. These include lying, manipulativeness, a short attention span, grandiosity, recklessness, remorseless, physical inability to get nervous, and lack of fear. Also watch out for women who have been imprisoned, who have a criminal record, or who have lost children due to "sudden infant death syndrome."

In sum, beware of a woman who is violent or angry towards you; a woman with physical or emotional disorders or addictions; or a woman with a history of failed or "abusive" relationships.

*See Internet Mental Health for a discussion of the 54 most common disorders.

In times past, it may have been reasonable or acceptable to stay with women who exhibit some of the characteristics cited above, perhaps in the interests of helping them, if nothing else. However, because of today's laws and political climate, men are at high risk from involvement with such women. Because of the male-bashing media and our legal system which caters to the female "victim," she knows just what to do to get you. If she decides to cause you trouble, you will likely be the one arrested when she calls the police. If you should wind up in court, the judge and the jury will likely not listen to nor care about the truth. They will have no interest in anything she did to you and in fact, may take her behavior towards you as a sign that you must be guilty of whatever you're accused of. Remember, you will be guilty until proven innocent for you are a man, and men are perpetrators. And women are always victims. 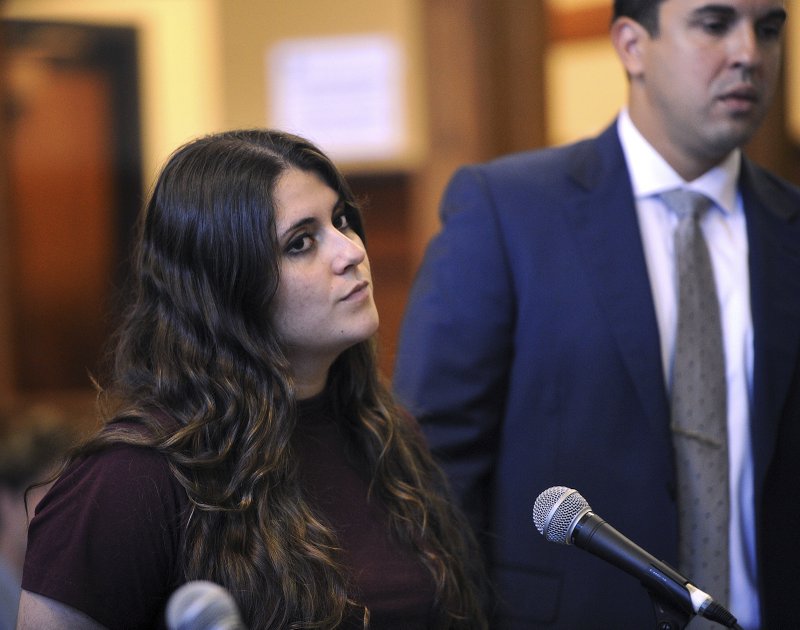