When Do We Call Sex Rape?

For its Uniform Crime Reports, the FBI defines rape as “penetration, no matter how slight, of the vagina or anus with any body part or object, or oral penetration by a sex organ of another person, without the consent of the victim.” To see how your state legally defines rape and other forms of sexual assault, visit ...

What is sexual assault?

The term sexual assault refers to sexual contact or behavior that occurs without the explicit consent of the victim. Some forms of sexual assault include:

Force doesn’t always refer to physical pressure. Perpetrators may use emotional coercion, psychological force, or manipulation to coerce a victim into non-consensual sex. Some perpetrators will use threats to force a victim to comply, such as threatening to hurt the victim or their family or other intimidation tactics.

Who are the perpetrators?

The term “date rape” is sometimes used to refer to acquaintance rape. Perpetrators of acquaintance rape might be a date, but they could also be a classmate, a neighbor, a friend’s significant other, or any number of different roles. It’s important to remember that dating, instances of past intimacy, or other acts like kissing do not give someone consent for increased or continued sexual contact.

In other instances, the victim may not know the perpetrator at all. This type of sexual violence is sometimes referred to as stranger rape. Stranger rape can occur in several different ways:

Survivors of both stranger rape and acquaintance rape often blame themselves for behaving in a way that encouraged the perpetrator. It’s important to remember that the victim is never to blame for the actions of a perpetrator. 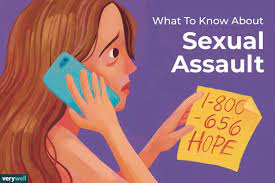