Other No Crime Exonerations Involving DNA

On the night of July 9, 1977, a police patrol officer happened upon 16-year-old Cathleen Crowell standing beside a road not far from a shopping mall in Homewood, a suburb of Chicago, where she worked at a fast-food restaurant. She tearfully told the officer that she had been raped. He took her to a hospital, where superficial cuts on her stomach were noted. Her underwear, which was stained with semen, was preserved as evidence.

The rape, in fact, had not occurred. Crowell had invented a tale of an improbable crime and a description of an imaginary perpetrator to create a cover story in case she became pregnant by her boyfriend, which did not happen. Police showed her a mug book and, according to Crowell, pressured her to identify a particular picture — a photo of Gary Dotson, 24, who matched the description she had provided almost perfectly.

Based on the photo identification, Dotson was arrested and charged with rape. Crowell’s in-court identification of him was the principal evidence at Dotson’s trial, although it was augmented by false forensic testimony that, although transparently wrong, was unchallenged by the defense, ignored by the prosecution, and unquestioned by the judge and jury. Dotson was convicted in July 1979, and sentenced to an indeterminate term of 25-to-50-years in prison.

In 1982, Crowell married David Webb and they moved to Jaffrey, New Hampshire. In early 1985, Cathleen Crowell Webb, as she had become known, told her pastor that she was riddled with guilt because she had fabricated a rape allegation that had sent an innocent man to prison. She added that she had inflicted superficial cuts on her stomach and had torn her clothing to fortify the false claim.

When Webb’s attorney, John McLario, contacted the prosecutors about her recantation, he found them uninterested in revisiting the case. The prosecutors claimed that Webb was lying. McLario then turned to a reporter for WLS-TV in Chicago, who broke the story of Webb’s recantation on March 22, 1985. In May, Governor James R. Thompson personally presided over a clemency hearing before the Prisoner Review Board. After three days of hearings, the board voted unanimously to deny clemency. The Governor then decided to commute Dotson’s sentence to time served.

Despite the definitive DNA result, it took a full year — until August 14, 1989 — for the prosecution to finally admit error and join Breen in a motion to vacate the conviction. It was not until January 9, 2003, that Dotson won a pardon based on innocence. On August 25, 2003, the Illinois Court of Claims awarded him $120,300 for his wrongful conviction. His only other compensation came from Webb, who gave him $17,500 in 1986, profits she earned from a ghostwritten book about her story entitled “Forgive Me.” 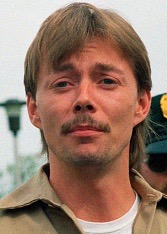