Twenty Years In Prison For Having Sex With His Wife

Twenty Years In Prison For Having Sex With His Wife

William J. Hetherington has been incarcerated in Michigan prisons for more than 20 years for having sex with his wife Linda. In 1986, he became the first man in Genesee County convicted of the new Michigan crime called spousal rape.

Linda was not a battered wife; she testified at the trial that he had never beaten her in their 16 years of marriage. Hetherington was honorably discharged from the U.S. Air Force, received a National Defense Service Medal, and had no police record of any sort.

The sentencing guideline for this new offense was 12 months to 10 years but, without showing cause, the judge sentenced him to 15 to 30 years (twice the time served by the average convicted rapist in Michigan). Twenty years later, despite an exemplary prison record, the parole board routinely refuses to parole him, giving as its sole reason "prisoner denies the offense."

Hetherington has, indeed, always maintained his innocence. It was a he-said-she-said case during a custody battle; he said it was consensual sex, she said it was rape. The judge used Michigan's new Rape Shield Law to prohibit cross-examination of Linda.

No physical evidence of rape was produced at the trial. A pelvic examination of Linda at the hospital three hours after the alleged offense showed no evidence of injury or forced penetration. Apparently what persuaded the jury to convict was the testimony of two police officers that they had observed tape marks on Linda's face.

The court-designated psychologist who examined Hetherington, Dr. Harold S. Sommerschield, Ph.D., concluded: "This is not a man who would force himself sexually or hostilely on another individual, as this would be foreign to his personality dynamics. ... his histrionic personality ... would substantiate his explanation of what has occurred in regards to the relationship with his ex-wife."

The rape charge was prosecuted simultaneously with the custody case, and the divorce court had frozen all Hetherington's assets so he had no money to hire a lawyer or make a bond. Nevertheless, the criminal court ruled that he was not indigent and refused to provide him with a lawyer.

For 12 years, the court refused to provide Hetherington with a transcript of the trial. Without funds, he was unable to buy one, so he was effectively denied his right of appeal, and no appeal has ever been heard on the substance of this case.

At the sentencing, prosecutor Robert Weiss called Hetherington's alleged offense equivalent to "first-degree murder" and falsely accused him of beating Linda. Weiss was running for a judgeship, and observers sized up his prejudicial statements as grandstanding for support from the feminists.

Linda walked away with custody of their three daughters, the marital home, and all marital assets.

Ten years after Hetherington's conviction, a volunteer attorney, Jeff Feldman, using the Freedom of Information Act, obtained copies of five photographs taken of Linda by police at the alleged crime scene immediately after the alleged offense. The photographs were in a locker in a police garage, and the prosecution had never disclosed them to the defense.

Valor's sworn statement dated January 8, 1998, stated that the pictures of Linda showed absolutely no scratches, tape marks, or abnormalities of any kind and that marks would have been clearly visible if there had been any. If a government witness gives false testimony, a convicted prisoner should be entitled to a new trial, but Hetherington didn't get it.

Years later, a completely unsolicited letter was sent to the parole board by Melissa Anne Suchy, who had been employed by Linda as a babysitter. Suchy's letter is hearsay, but it has the ring of authenticity.

Suchy wrote that Linda told her she made up the story about rape because she was then pregnant with the baby of her boyfriend, and he pushed her to press rape charges, saying that she would have to "get rid of Hetherington or he wouldn't take care of the baby."

Over the years, several pro bono lawyers and concerned citizens have tried to secure a pardon or parole for Hetherington, but Michigan appears determined to make him serve 30 years because he won't admit guilt and because the bureaucracy won't admit it made a mistake.

A good man's life has been sacrificed, and three children have been denied their father, by the malicious feminists who have lobbied for laws that punish spousal rape just like stranger rape and deny a man the right to cross-examine his accuser. They have created a judicial system where the woman must always be believed even though she has no evidence, and the man is always guilty. 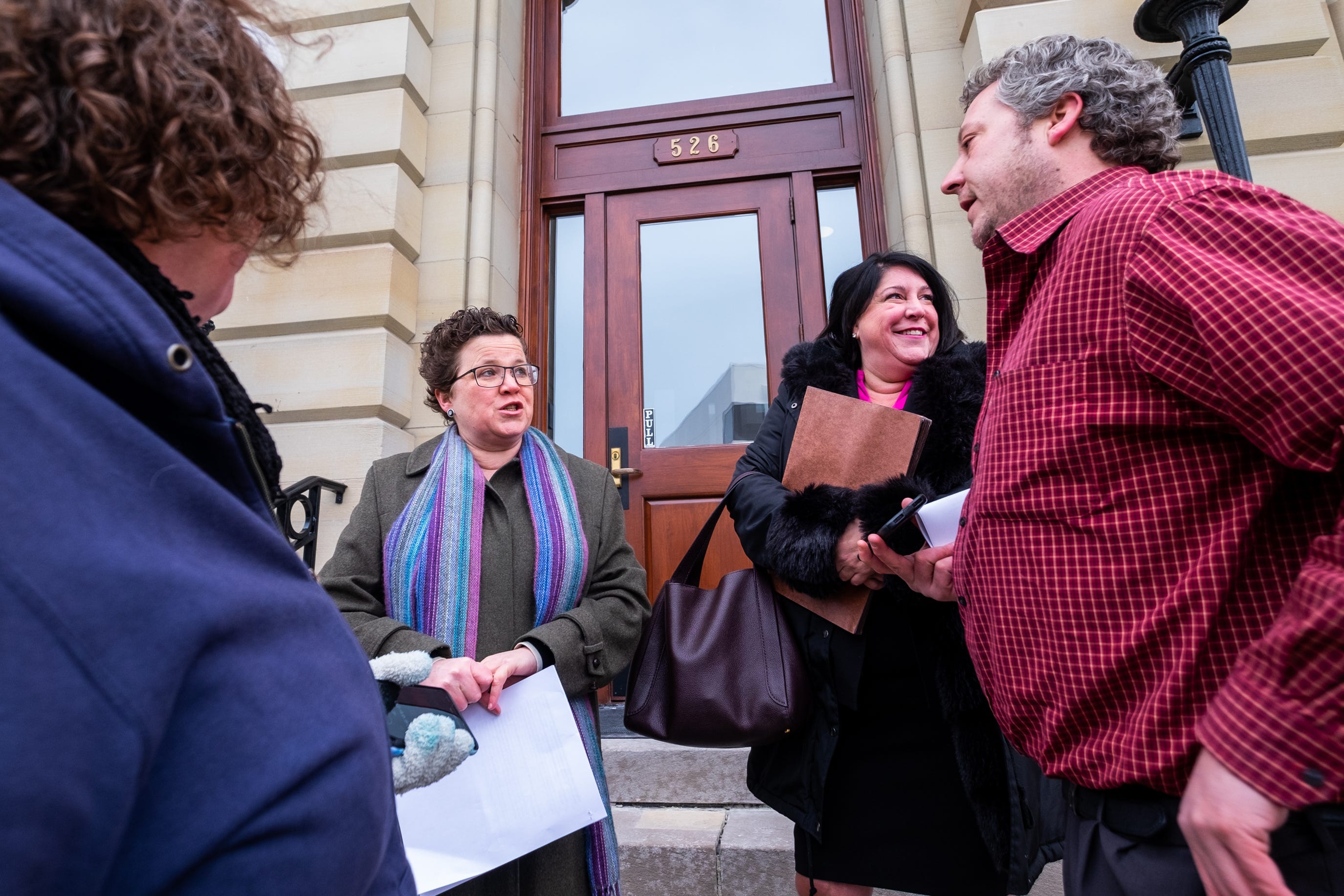