A False Accusation From The Bible

The Schemes of Potiphar’s Wife and Joseph’s Imprisonment (Genesis 39:1-20)

Joseph’s time in Potiphar’s employment gave him a wide range of fiduciary responsibilities. At first, Joseph was merely “in” his master’s house. We don’t know in what capacity he served, but when Potiphar recognized Joseph’s general competence, he promoted him to be his steward and “put him in charge of all that he had” (Gen. 39:4).

After a time, Potiphar’s wife took a sexual interest in Joseph (Gen. 39:7). Joseph’s refusal of the wife’s advances was articulate and reasonable. He reminded her of the broad trust that Potiphar had placed in him and described the relationship she sought in the moral/religious terms “wickedness” and "sin" (Gen. 39:9). He was sensitive to both the social and theological dimensions. Furthermore, he offered his verbal resistance repeatedly, and he even avoided being in her presence. When physically assaulted, Joseph chose to flee half-naked rather than to submit.

The sexual harassment by this woman took place in a power relationship that disadvantaged Joseph. Although she believed that she had the right and power to use Joseph in this way, her words and contact were unwelcome to him. Joseph’s work required him to be at home where she was, yet he could not call the matter to Potiphar’s attention without interfering in their marital relationship. Even after his escape and arrest on false charges, Joseph seems to have had no legal recourse.

The facets of this episode touch closely on the issues of sexual harassment in the workplace today. People have different standards of what counts for inappropriate speech and physical contact, but the whims of those in power are what often count in practice. Workers are often expected to report incidences of potential harassment to their superiors, but often are reluctant to do so because they know the risk of obfuscation and retaliation. To compound this, even when harassment can be documented, workers may suffer for having come forward. Joseph’s godliness did not rescue him from false accusations and imprisonment. If we find ourselves in a parallel situation, our godliness is no guarantee that we will escape unscathed. But Joseph did leave an instructive testimony to Potiphar’s wife and possibly others in the household. Knowing that we belong to the Lord and that he defends the weak will certainly help us to face difficult situations without giving up. This story is a realistic recognition that standing up to sexual harassment in the workplace may have devastating consequences. Yet it is also a story of hope that by God’s grace, good may eventually prevail in the situation. Joseph also provides a model for us, that even when we are falsely accused and wrongly treated, we carry on with the work God has given us, allowing God to make it right in the end. 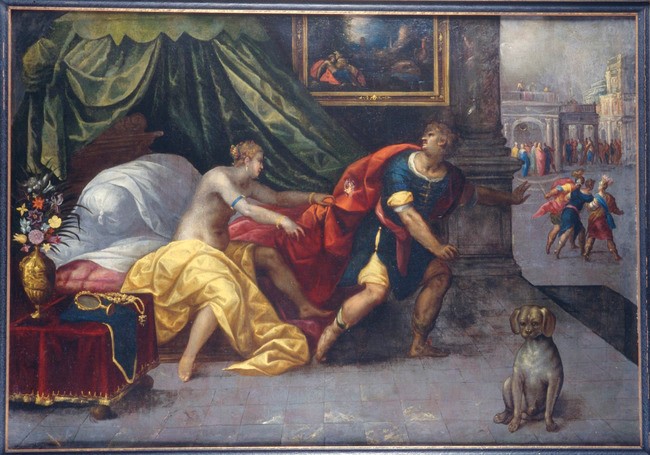