What is Rape Culture?

Rape Culture is an environment in which rape is prevalent and in which sexual violence is normalized and excused in the media and popular culture. Rape culture is perpetuated through the use of misogynistic language, the objectification of women’s bodies, and the glamorization of sexual violence, thereby creating a society that disregards women’s rights and safety.

One reason people blame a victim is to distance themselves from an unpleasant occurrence and thereby confirm their own invulnerability to the risk. By labeling or accusing the victim, others can see the victim as different from themselves. People reassure themselves by thinking, "Because I am not like her, because I do not do that, this would never happen to me." We need to help people understand that this is not a helpful reaction.

Why is it Dangerous?

Victim-blaming attitudes marginalize the victim/survivor and make it harder to come forward and report the abuse. If the survivor knows that you or society blames her for the abuse, s/he will not feel safe or comfortable coming forward and talking to you.

Victim-blaming attitudes also reinforce what the abuser has been saying all along; that it is the victim’s fault this is happening. It is NOT the victim’s fault or responsibility to fix the situation; it is the abuser’s choice. By engaging in victim-blaming attitudes, society allows the abuser to perpetrate relationship abuse or sexual assault while avoiding accountability for his/her actions.

Example of Victim-Blaming Attitude: “She must have provoked him into being abusive. They both need to change.”

Reality: This statement assumes that the victim is equally to blame for the abuse when in reality, abuse is a conscious choice made by the abuser. Abusers have a choice in how they react to their partner’s actions. Options besides abuse include: walking away, talking at the moment, respectfully explaining why an action is frustrating, breaking up, etc. Additionally, abuse is not about individual actions that incite the abuser to hurt his partner, but rather about the abuser’s feelings of entitlement to do whatever he wants to his partner.

When friends and family remain neutral about the abuse and say that both people need to change, they are colluding with and supporting the abusive partner and making it less likely that the survivor will seek support.

FACT: Men, women, and children of all ages, races, religions, and economic classes can be and have been victims of sexual assault. Sexual assault occurs in rural areas, small towns, and larger cities. It is estimated that one in three girls and one six boys will be sexually assaulted by the age of eighteen. According to the U.S. Department of Justice, a rape or attempted rape occurs every 5 minutes in the United States.

FACT: Sexual assault is NEVER the victim’s fault. Sexual assault is a violent attack on an individual, not a spontaneous crime of sexual passion. For a victim, it is a humiliating and degrading act. No one “asks” for or deserves this type of attack.

FACT: A sexual assault can happen anywhere and at any time. The majority of assaults occur in places ordinarily thought to be safe, such as homes, cars, and offices.

FACT: Reported sexual assaults are true, with very few exceptions. According to CONNSACS, only 2% of reported rapes are false. This is the same rate of false reporting as other major crime reports.

FACT: Almost all sexual assaults occur between members of the same race. Interracial rape is not common, but it does occur.

FACT: Sexual offenders come from all educational, occupational, racial, and cultural backgrounds. They are “ordinary” and “normal” individuals who sexually assault victims to assert power and control over them and inflict violence, humiliation, and degradation.

FACT: Anytime someone is forced to have sex against their will, they have been sexually assaulted, regardless of whether or not they fought back or said "no". There are many reasons why a victim might not physically fight their attacker including shock, fear, threats, or the size and strength of the attacker.

FACT: Survivors exhibit a spectrum of emotional responses to assault: calm, hysteria, laughter, anger, apathy, shock. Each survivor copes with the trauma of the assault in a different way. 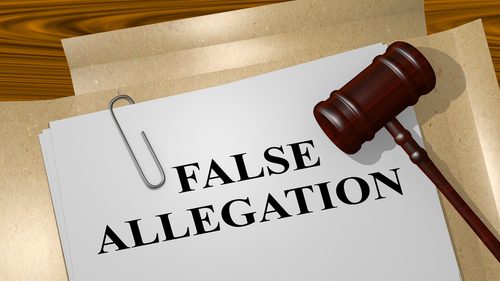