Bad Religion is an American punk rock band that formed in Los Angeles, California in 1980. The band's lyrics cover topics related to religion, politics, society, the media, and science. Musically, they are noted for their melodic sensibilities and extensive use of three-part vocal harmonies. The band has experienced multiple line-up changes, with singer Greg Graffin being the band's only constant member, though fellow founding members Jay Bentley and Brett Gurewitz have also been with the band for most of their history, and guitarist Brian Baker has been a member of the group since 1994. Guitarist Mike Dimkich and drummer Jamie Miller have been members of the band since 2013 and 2015 respectively. To date, Bad Religion has released seventeen studio albums, two live albums, three compilation albums, three EPs, and two live DVDs. They are considered to be one of the best-selling punk rock acts of all time, having sold over five million albums worldwide.

After gaining a large underground following and critical praise through their releases on Gurewitz's label Epitaph in the 1980s and early 1990s, Bad Religion experienced mainstream success after signing to the major label Atlantic in 1993, and along with California-based bands like Green Day, the Offspring, NOFX and Rancid, they were responsible for the punk rock revival movement of the 1990s. Atlantic reissued the previously-released Epitaph album, Recipe for Hate (1993), which was commercially successful, as was its 1994 follow-up Stranger than Fiction. Stranger than Fiction included some of Bad Religion's well-known hits, including "Infected", "Stranger than Fiction" and the re-recorded version of "21st Century (Digital Boy)", and it was later certified gold, both in the United States and Canada.

Shortly before the release of Stranger than Fiction, Gurewitz left Bad Religion to run his label Epitaph on a full-time basis (in response to the breakout success of one of the label's bands, the Offspring) and was replaced by Brian Baker. The band's success had slowly dwindled by the late 1990s, and after three more albums, they were dropped from Atlantic in 2001; this resulted in Bad Religion returning to Epitaph and Gurewitz rejoining the band. Since then, they have undergone a resurgence in popularity, with "Sorrow", "Los Angeles Is Burning" and "The Devil in Stitches" being Top 40 hits on the US charts, and their sixteenth studio album True North (2013) becoming Bad Religion's first album to crack the top 20 on the Billboard 200 chart, where it peaked at number 19. The band's seventeenth and most recent studio album, Age of Unreason, was released on May 3, 2019, and they are currently working on new material for their eighteenth studio album

On February 14, 2018, vocalist Greg Graffin posted a picture of himself with guitarist Brett Gurewitz in the studio on Twitter, and tweeted, "new songs in the pipeline"; this post indicated that Bad Religion had been working on their seventeenth studio album. Speculation about the album resurfaced in April of that year when Gurewitz and guitarist Brian Baker posted pictures from the studio on their respective Instagram accounts. On June 20, 2018, the band released their first single in five years "The Kids Are Alt-Right".

Despite earlier reports that Bad Religion had been in the studio by mid-2018 and the fact that they had already released a new song, Gurewitz told Los Angeles Times in July 2018 that, "We're writing for a new album, recording this fall or late summer. No release date announced yet, but we should have an album's worth of 'Fuck Trump' songs pretty soon. It's exactly what we need." On February 26, 2019, Bad Religion announced Age of Unreason as the title of their seventeenth studio album, which was released on May 3, and the album's lead single "Chaos from Within" was premiered.

Do What You Want: The Story of Bad Religion, an autobiography covering the band's 40-year career, was released on August 18, 2020, by Hachette Books.

About four months after the release of Age of Unreason, guitarist Brian Baker was asked if Bad Religion was already working on a follow-up album. His response was: "No, I'm not thinking about a new album right now because this one is still developing and there is a lot of worlds yet to play. 2020 is going to be a busy year for us, it's our 40th Anniversary year. We have a book coming out at the end of the year – it'll be our first authorized, somewhat participatory, biography of Bad Religion. So there is a lot more to do with this record. The good thing about Bad Religion is that you don't have to have a new product out to go to work. The catalog we have is so extensive and we are so fortunate to have the fan base that we have. So we don't worry about a new album cycle, those things just sort of come when they come. The next one might take four or five years, it might take two, I don't know. It's just about whether songs have come together in a way that is respectful of the Bad Religion standard. But in the meantime, we have Brazil to rock." When asked in August 2019 about the future of the band, Bentley stated, "Everything I know about everything came from being in this band and came from some conversations driving in the van for hours on end. We're just these guys who don't want to stop asking why. We are what we are as Bad Religion. We're the thinking man's punk band, and that's kept us out of the mainstream. We're writing smart songs, and that makes us dumb." In an August 2020 interview with Entertainment Weekly, Graffin said, "We've been working on some music, just as we're socially distant from each other; each of us has home recording studios. I always write music acoustically."

On April 29, 2020, Bad Religion announced on their social media accounts that they had to cancel all of their tour dates for that year, including a co-headlining US tour with Alkaline Trio, due to the COVID-19 pandemic;[87] therefore, 2020 marked the first time since its inception in 1980 that the band did not perform at least one show. Bad Religion subsequently rescheduled their South American and European tour dates with Suicidal Tendencies, Millencolin and Pulley, which was scheduled to take place in May and June 2021 but was pushed back to 2022, again due to the COVID pandemic. They also rescheduled their North American tour with Alkaline Trio, which is slated to take place in the fall of 2021.

In October 2020, Bad Religion released a new song on streaming platforms, "What Are We Standing For", which was an outtake from the Age of Unreason sessions.

On January 20, 2021, Bad Religion released a previously-unreleased song called "Emancipation of the Mind", which was recorded during the Age of Unreason sessions. The release of the song coincided with the inauguration of Joe Biden, and it had hopeful themes relative to other songs they have made and was also a rejection of Trumpism. 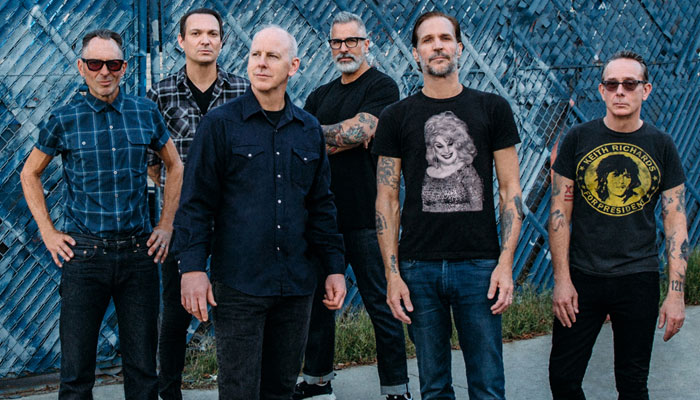