Jacques Spitz is a French writer specializing in science fiction.

He is often portrayed as the father of French science fiction, deeply imbued with surrealism, in a style comparable to Pierre Boule, or even René Barjavel.
After brilliant studies, Polytechnician, he became a consulting engineer, but he devoted most of his time to writing. We owe him eight science fiction novels of astonishing modernism, after a period influenced by surrealism. Cynicism and pessimism are the hallmarks of this almost forgotten work. 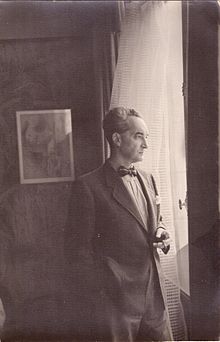