This is how a beautiful Tarot deck should look with the drawings much influenced by the XVII Century. While making the deck, Robert Place worked effectively on considering ancient alchemical and hermetic writings. Hence, there are no arbitrary components in the drawings of this deck, since every image is made as per the alchemy custom and has critical significance.

This Alchemy Deck by Robert Place is dazzling with exact, simple lines. The deck has pictures from the classic alchemy texts but in the form of a Tarot. It comprises alchemical symbolism throughout the deck with the impact of prophetic glyphs that make this deck amazingly fulfilling. 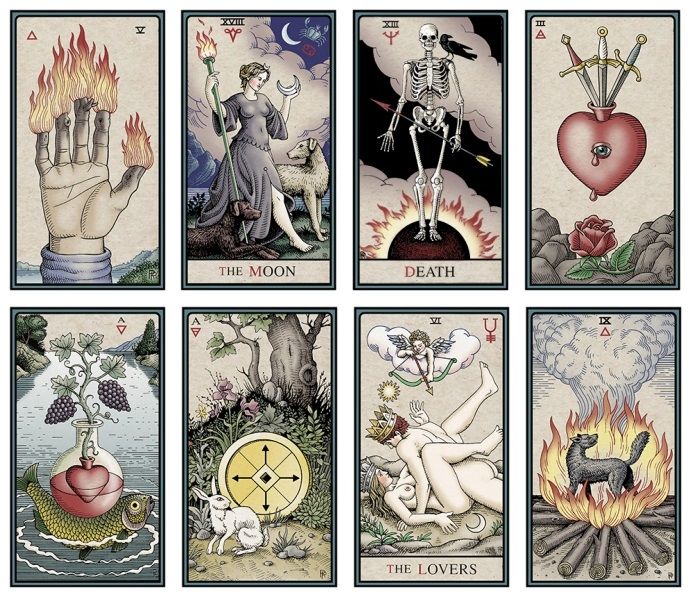