Elisabetta Cassari carries an excellent and unique origination to the tarot pictures. Violence is portrayed throughout the deck and we are shown numerous scenes of individuals critically abusing each other, however, this hardness of tone dissolves in the superbly streaming line and shade of the craftsmanship. Cassari's symbolic plans for the pip cards are essentially unique instead of being reworkings of the familiar Rider-Waite pictures.

The artistry is brilliant. The cards are large and easy to hold. These tarot cards have an archaic style and every so often utilize blood and fierce symbolism to convey the messages illustrated. 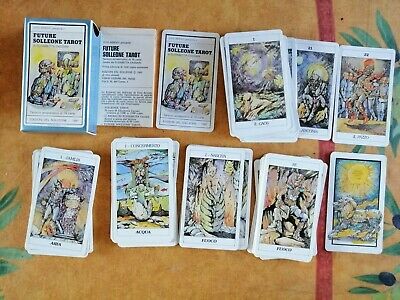