Gases In The Atmosphere

Earth's atmosphere is composed of about 78 percent nitrogen, 21 percent oxygen, 0.9 percent argon, and 0.1 percent other gases. Trace amounts of carbon dioxide, methane, water vapor, and neon are some of the other gases that make up the remaining 0.1 percent.

Earth is the only planet in the solar system with an atmosphere that can sustain life. The blanket of gases that surrounds our home planet not only contains the air that we breathe but also protects us from blasts of heat and radiation emanating from the sun. It warms the planet by day and cools it at night.

Earth's atmosphere is about 300 miles (480 kilometers) thick, but most of it is within 10 miles (16 km) of the surface. Air pressure decreases with altitude. At sea level, air pressure is about 14.7 pounds per square inch (1 kilogram per square centimeter), and the atmosphere is relatively dense. At 10,000 feet (3 km), the air pressure is 10 pounds per square inch (0.7 kg per square cm), which means molecules of gas that make up the atmosphere are less dense. That makes it harder for a person to breathe and get enough oxygen to live, although there is evidence for microbial life high up in the clouds.

According to NASA, the gases in Earth's atmosphere include: 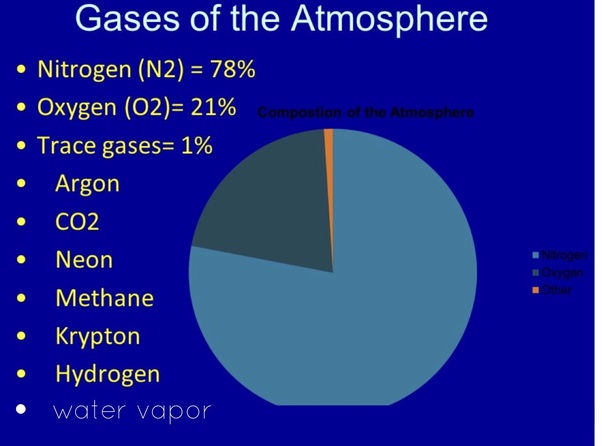