Letter To Editor Of The Progressive

"Eric May, “Captain May,” a Houstonian who might be compared with Che Guevara in a cowboy hat, was on the scene to support Cindy and protect the protestors. A former military intelligence officer, May has for the past couple of years headed an Internet activist group called “Ghost Troop,” whose mission is fighting propaganda and misinformation issued by the Bush Administration and propagated by the corporate media. Prior experience as a high school teacher of classic languages along with his insider’s military experience makes May an engaging speaker. He mesmerized listeners with his account of the April 2003 Battle of Baghdad and its cover-up, while the engineered “rescue” of Pvt. Jessica Lynch was played out on television."

The blurb above had my attention as two of my sons are MI, and one was actually there during the "Battle of Baghdad" in 2003. Initially, I thought Captain May had served/fought in the April 2003 Battle of Baghdad but further reading showed that not to be the case. So I googled for more information on the Captain, not having seen anything previously from him on the internet and having spent a great deal of time surfing and reading, especially the past five years.

Using "ghost troop" as search, the first google link is May's website, with his Tae Kwon Do photo, military background, and "published essays" although it seems the publishing of Battle for Baghdad by the Houston Chronicle, was in the Outlook section, a readers opinion page. Online Chronicle does not archive Outlook so I found nothing there. Another link showed what appeared to be a May 2005 posting of snips from May's essay and responses. One gentleman disputing May's information sounded very credible.

So I googled "ghost troop of Baghdad" and the first link was from National Vanguard, the white supremacist group. At the bottom of the Vanguard, the page was Source: Adelaide Institute. Well, that might explain why I haven't surfed across Cap'n May before as both Vanguard and Adelaide are too white for me.

So I Googled "Adelaide institute eric may" and the first link was a reprint of an e-mail from Eric May explaining his position on the Zionist control of the media.

The second paragraph of May's e-mail :

"I re-include the press release we of Ghost Troop have issued, giving confirmed "news" that the Zionist-controlled US Media has repressed for 30 months, in complete disregard of the tenets of the Constitution and the ethics of journalism: http://www.nationalvanguard.org/printer.php?id=6479."

There's that National Vanguard again. At this point I suspect one of two possibilities: Captain May is still MI and infiltrating the peace movement, or – and more likely, he's as full of shit as a Thanksgiving turkey. 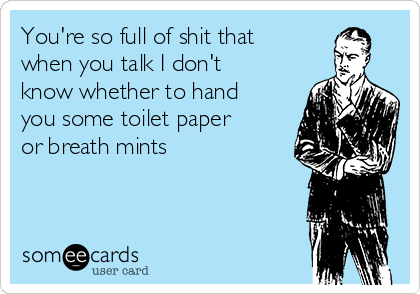