Captain Eric May, the Internet intelligence writer, updates his investigation into a possible summer false flag and dictatorship by Bush.

By Captain Eric H. May

Critics point out that NSPD-51, which Bush signed May 9, allows him to determine what does and doesn't constitute a catastrophe, and opens the door to dictatorship.

This weekend I will write and publish a comprehensive update to this developing story via Internet publications, and it will run in the Iconoclast's next issue Tuesday. For more details, see my last two articles:

Peter DeFazio and the Portland Nuke

Below is the letter of refusal from the White House.

Subcommittee on Management, Investigations, and Oversight

The Honorable Peter A. DeFazio

One of the overriding goals of NSPD-51/HSPD-20 was to describe, for the first time in an unclassified manner, actions that the executive branch is taking to ensure the effectiveness of our national continuity capability. As the National Continuity Coordinator, I understand the important work done by those at all levels of government to ensure the preservation of our form of government under the Constitution and the continuing performance of National Essential Functions under all conditions. NSPD-51/HSPD-20 represents the most information ever publicly provided by the executive on continuity issues.

As you know, NSPD-51/HSPD-20 directs that an implementation plan be submitted to the President for approval this month. The implementation plan will provide further direction to executive branch departments and agencies to promote coordination of continuity programs with our partners at the Federal, State, and local levels and in the private sector.

Regarding the highly sensitive classified annexes to NSPD-51/HSPD-20 that you requested, we are unable to share them with the membership and staff of the Committee. It has long been the policy of the executive branch -- predating the current Administration -- to treat specific continuity operational details as extremely sensitive. Traditionally, the executive branch has briefed the most senior congressional leadership on sensitive continuity information. For the House of Representatives, we remain in regular contact with the Offices of the Speaker, the Majority Leader, and the Republican Leader on specific continuity plans. We are committed to continuing to work with congressional leadership on these issues and are sensitive to respecting their prerogatives in coordinating continuity issues between the legislative and executive branches.

Assistant to the President for Homeland Security and Counterterrorism 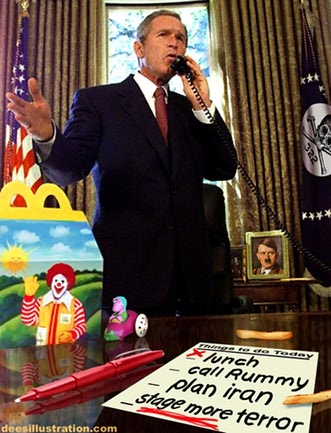